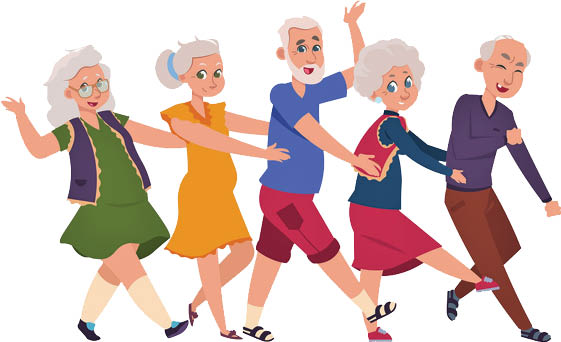 Meherbai organised a high-level Mandli-meeting at her house over tea, and ordered cakes, pastries, souffles, puffs, sandwiches, rolls, pattice and cheese-straws. Keki Khadhro, who insisted on having tea first, demolished most of the snacks and even took the left-overs home in his bajaar-ni-theli. That done, Meherbai asked, “What is on 21st March?” She got an assortment of answers, except the right one, read for yourself…

Banu Batak:  It’s the day my mother fell down in the kitchen.

Siloo Stengun: It’s the day my neighbour Pilamai’s popat flew away from the pinjroo and her husband Pallonji had to climb a tree and bring it back!

Alamai Eienstein: Kappal tahroo! That’s on 26th January. Which school were you thrown out of Aban??

Freny Fatakri: It’s my school reunion, so I shall definitely go – just to see who has gained most weight and who has lost most hair.

Meherbai: STOP! All wrong answers. It’s Jamshedi Navroze!! So, lets’ do something nice and celebrate.

The Mandli: What happened? Su thayu?

Shapurji Shayar: We met Sheramai Sherni on the first floor and she slapped Vicaji.

Meherwanji: It’s Irshaad, irshaad!! And you say it before the shairi is recited.

The Mandli: Poor Vikaji is a thinny-skinny 50 kilo man – fook maarey toh oodi jaye! How mean of Sheramai to slap him!

Jimmy Genius: Next time, propose on the ground floor so even if a girl gives you a kick on the rear, you won’t Fall in love, you’ll rise in love and zoom up from the ground floor to the first floor.

Abhan Aban: Or you could propose to me. My answer will be YES.

Just then, Pestonji Pengo walked-in and the Mandli congratulated Pesu for not getting COVID like all other husbands in the Mandli.

Pestonji Pengo: For 50 years, Pilamai Pehlwan na hath-no maar khai-khai ney mara-ma immunity aavi gayi. Now I am not scared of Covid but Covid is scared of me!!

Bomi Bevdo: Even my wife is like Al-Qaida. She’s extremely intuitive. She always knows I’m wrong – even before I open my mouth! So now, I am thinking of changing my DP.

Tehmulji Tansen: (To lighten the serious talk) Everyone sing a song from the movie Guide with me, “Tata Rahey Mera Dil…”

Tehmulji: I know. I am deliberately singing this because, like in Hello Dolly song, Tata Airlines is back where it belongs.

Pilamai Pehelwan: Bad Idea. Everyone is not Baap lakh chaalis like you.

Pilamai: If you are behra, why don’t you go for a hearing-test?

Kharshedji: Why do you want me to have a hairy chest?

Aspi Aspro: this year’s budget was very good for the country. Nirmala Sitaraman was in such a generous mood that she announced thousands of crores for those below the poverty-line in a dozen schemes. It does not matter if not a single rupee reaches you – because you are middle class!!

Rarto Rohan: I want to buy my wife a nice cheap-o present for Navroze. Last night, she even gave me a hint as to what she wants. She woke me up in the middle of the night saying, “Darling, I just had a dream that you bought me a diamond necklace.”

Coomi Kaajwali: Did you say ‘yes’?

Rohan: No! I told her to go back to sleep and wear it. I intend to give her a ring instead.

Rohan: Arrey, nahin re!!  I’ll give her a ring from my mobile to wish her a happy Navroze!

Abbhan Aban: We are not celebrating Navroze this year because the price of masoor, chora, rajmah and daal went up, due to which my Bapaiji died.

Mandli: Yes, the prices have gone up but no body dies because of it!

Mandli: Did your Doctor actually write that the death was due to rising prices of masoor, daal etc?

Aban: Yes yes! The death certificate clearly says that, ‘Death was caused by Rising Pulse Rate.’ It means what? You people don’t know English or what?

Meherbai: Now enough of this nonsense. Let’s plan something for Navroze.

Keki Khadhro: Yes! Yes! Meherbai, you make awesome Pulao-daar and Falooda. We shall all come and do full justice to it. Make a little extra so I can carry the left-overs home in my bajaar-ni-theli!

Alamai Eienstein: Marerey! Your wife doesn’t feed you or what?

Keki Khadhro: Of course, she feeds me snacks all day long. She gives me Pao-na-putha and kaathas when she makes ham-sandwiches for herself. She also gives me three corners of the kheema-samosas she hogs and the covers of daar-ni-pori. Also, all the harkaas from the biryani because she loves the botas!! You see this is our arrangement, since I earn nothing!

Alamai Eienstein: Marerey! Harka toh I give my doggie, Rufus and even he refuses sometimes. Your wife doesn’t know the difference between a husband and a dog, or what?

On this note, the Mandli parted with their usual koti, kissi and tata bye-byes resolving to meet at Meherbai’s house for her famous Pulao-daar and Falooda.