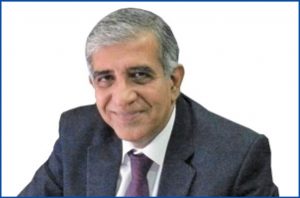 This is indeed a momentous year for me – my passion-project, Parsi Times, which I founded with the aim of providing a free and fair voice to our community, completes 11 successful years… Also, I am before you, once again, as a BBP Trustee Candidate.

My journey of Community Service started over two decades ago, as a Community Activist. I became a BPP Trustee in 2015.

My term as a BPP Trustee has been both – rewarding and challenging. While I have strived and been able to deliver on many of my promises – particularly towards Community Housing and Welfare, I’ve had to bear the brunt of in-house hostilities, more particularly in the last couple of years, which have been incapacitating and frustrating.

Hence, re-contesting the elections was a difficult decision for me. My colleague-Trustee, Noshir Dadrawala and I had both discussed resigning about eight months ago, and thereafter, we firmly made up our minds to walk away after our terms ended, given all the acrimony and unpleasantness taking place, as also the unwarranted personal attacks that became par for the course in the now politically-charged BPP Boardroom.

However, I reflected on my commitment in 2015, when I had first offered my candidature. I remember being greatly inspired by Edmund Burke’s quote: “The only thing necessary for the triumph of evil is for the good men to do nothing.”

These lines by Burke, and my genuine passion (some may say obsession) to try and continue making a difference to our community, helped me decide that I could not simply sit back and watch the continued erosion of the people’s trust in the BPP and the slowly corroding credibility of the Trust. And I decided to recommit myself to work for our community and our Apex Trust.

Seven years ago, you elected me as your Trustee and through my tenure, I focused on issues such as Housing and Welfare of our poor and middle-class community members.

I can proudly say that I’m the only Trustee who has not wavered from his commitment to Housing the poor, over the last six and a half years. I have stayed true to my promise and have voiced my dissent every single time the Board decided to sell houses.

Despite all the odds, I have maintained that Trust-houses must not be sold as a means to raise finances for running the Trust. It is imperative that Trustees find other ways of raising donations and other more effective, long-term alternatives, than selling houses that are meant to accommodate the poor and middle-class members of our community.

Through my term, I have visited every single colony or baug numerous times, and looked to addressing and resolving innumerable issues brought to me by community members. I’m humbled and proud to have been christened by some friends and community members as, ‘The Peoples’ Trustee’. I have always wanted to be, I have always been, and I will always be a Trustee of the Masses.

I’ve always believed that my deeds will speak louder than my words, and my deeds stand as the strongest testament to my commitment to the community.

Despite my best effort, and many successes (most of which I have not trumpeted), there is much work that remains to be done… for which I hope I will have the support and goodwill of both –  my colleagues and community members – to deliver during what will be, my second and final 5-year term as Trustee.

As part of Team ‘Committed To Community’, which comprises seasoned professionals with a zeal to serve the community – Lion Daara Patel, Hoshang Jal and Dr. Adil Malia – I renew my pledge to continue serving the Trust and the Community, with the same passion and dedication, in keeping with the tagline of our Team: ‘BUILDING TRUST, REBUILDING CREDIBILITY.’

I would be amiss if I did not thank my friends and my community for all the love and support shown to me during my first term, as also, in the last few days, when I started campaigning. Not to forget, Happy eleventh Birthday Parsi Times and thank you to Team PT!