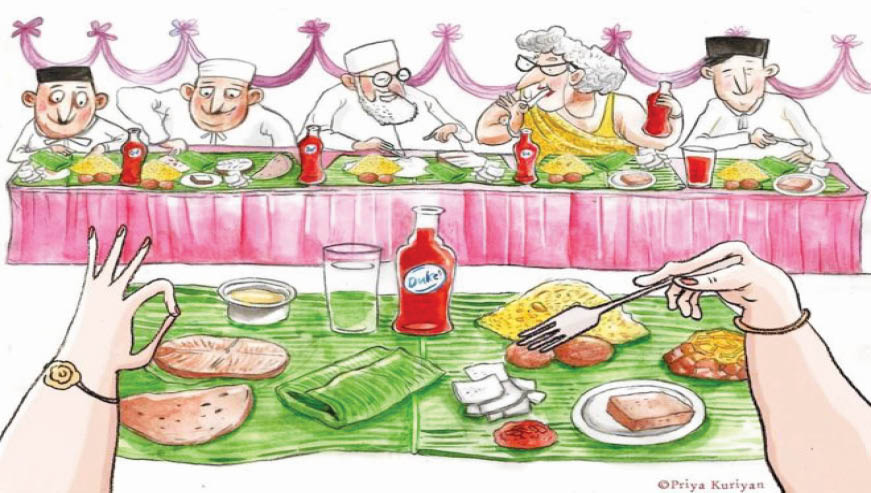 And now we come to ‘Pawan Chowk’. Pawan Chowk is situated nearly half-way between the North entrance and the South entrance (popularly known as the ‘Ganga Gate’) of the Panthaki Baug, at Andheri. There stands an old tamarind tree encircled by a stone parapet. It has been dubbed the Pawan Chowk because there is a narrow lane leading to the North entrance of the Baug, and when the wind rushes through it, it makes the place quite breezy and pleasant enough – even on these hot summer evenings.

A ‘PoP’ of four and twenty very youthful elders sit on 13 chairs, and some on the parapet.  Actually, there’s no dispute for the 13 chairs by the 24 members. No! No rush, no musical chairs. A certain timeline is followed. All very civilized!

Chairs are brought out under the tree by 5:45 pm and the first few members start trickling in by 6:00 pm. By 7:00 pm, few Pawan Chowkees leave, and some more come in. By 7:30 pm, yet another exodus and some more late lateefs stroll in.

There is natter and chatter, lots of babble, good-natured arguments, joking and poking fun, humour – both vegetarian and our quintessential non-veg genre too, garnished with lots of bonhomie, sans any rancor. A rejuvenating experience, indeed!

If the bard of Avon, ol’ Bill Shakespeare had been alive, he would have soliloquized thus, “If a Parsi be there, can food be far behind?” Hardly an evening passes without some form of culinary discussion; and it does not just stop at discussions. At the drop of the idiomatic hat, an impromptu party comes up. Telephone call is made and soon snacks are ordered to be sent to the Pawan Chowk. The outlets supplying the goodies know exactly where Pawan Chowk is located.

Soon, and I quote here the poet Wordsworth’s line, “There are forty feeding like one!” The only difference is that there are only about twenty-five feeding like one! There is silence, broken by an occasional crunch or munch. It is a very reverent moment, a Parsi is nourishing himself! There are vadas, with or wihout ‘Pau’, or samosas, veg.or non-veg, sandwiches – ditto, bhel, sev-puris, sev-ganthias, kachoris, even bhakhras, daar-ni-poris, puran polis, cakes, biscuits, cornballs, cheese balls, mince or chicken kababs or some refreshing tea or cooling kulfi, ice-cream or falooda…. the list is endless!

Birthdays are celebrated with gusto. Snacks are distributed by the birthday girl or the birthday boy (Boy/Girl are not just euphemisms, it’s a very youthful group.)  No candles please. As the great comedian Bob Hope once quipped, “At my age candles cost more than the birthday cake!”

The Power of Positive thinking is at its best here. As the evening advances, our PoP members make their weary way home happily, to the extended happy hour of a tot of something soft or something strong and a dinner of masoor-pau, cauliflower or some legume-ma-ghosh or some vegetable per-eedas, followed by an inevitable sweet-dish and a plan for the breakfast for the coming morrow. This delightful daily rendezvous of ‘PoPs’ at Panthaki Baug’s Pawan Chowk is a common phenomenon in virtually every other Parsi colony or Baug – with the ‘usuals’ getting together at their own favourite meeting-places, their very own ‘Pawan Chowks’ within their colonies, to reminisce, joke and spend good time with each other! But no matter where us Parsis get together, the common denominator and the focal point of most conversations will always be food!!

When it comes to Parsis, food ain’t never far behind,

Food is the central topic even immediately after we’ve just dined!

Be it served on plantain leaves or porcelain fine,

When it comes to Parsis, food ain’t never far behind.