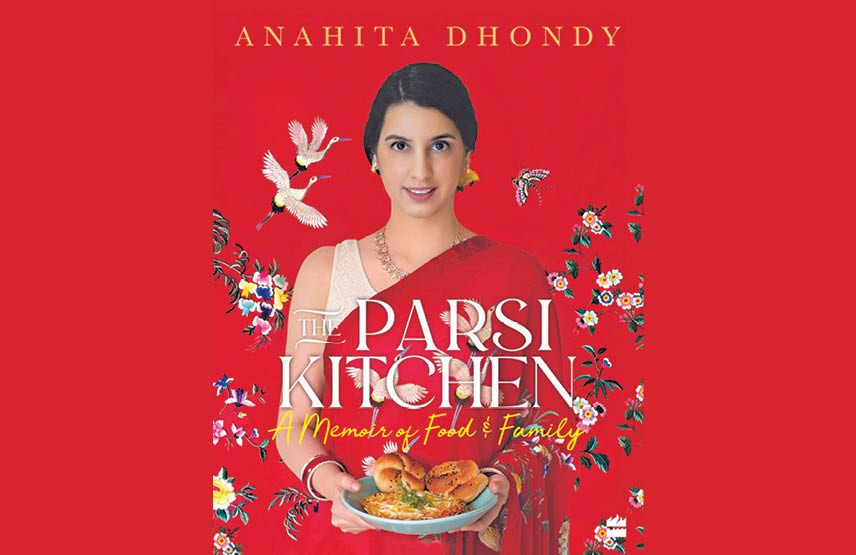 Chef Anahita Dhondy has been awarded ‘Cookbook Author Of The Year’ for her book, ‘The Parsi Kitchen’, as one of the prestigious winners of the ‘T + L Tastemakers’ eight special award categories (a part of Travel + Leisure India & South Asia’s Delicious Dining Awards 2022), felicitating individuals who have made a difference in the culinary world. Other awards included Best Food Blogger, Innovative chef, Culinary Icon and Pastry Chef of the Year.

Anahita Dhondy’s inspiring journey started in 2013, as Chef Manager at the Parsi eatery, SodaBottleOpenerWala, where she wished to resurrect endangered Parsi recipes to Indian homes and hearts. Eight years later, she debuted as an author with ‘The Parsi Kitchen’ which provided interesting insights into the unique traditions, culture and food of our community.

“I decided to write the book in 2016, when I signed the contract with HarperCollins. It took me five years and three scripts to come up with it. I wanted it to give the public access to understand Parsi food and the community better. I did a lot of solo travel to gather information and recipes… Plenty of ground research was done and the reason I chose Gujarat was because that is where it all started for the Parsi community,” said Dhondy, in an interview with T+L. She adds, “Earlier, there was nothing that was known as Parsi food. Parsi cuisine is a mix of Iranian, Gujarati, Maharashtrian, Goan and British food. Parsis have travelled across the world and in India, they adapted to the terroir and ingredients. It’s an adaptive cuisine but at the same time, it holds on to its traditional roots. So going forward, there is a lot that can be done with Parsi food.”

Anahita has teamed up with restaurateur Vishal Anand and they plan to launch their new restaurant, ‘The Glass House’, located in Gurugram (Haryana), next month. She shares, “For the menu, I have drawn a lot of inspiration from my travels and hence, you will find something from Singapore, Hong Kong, and a lot of Parsi dishes. It’s a mix of global cuisines made with local Indian ingredients. I also have another book on ingredients coming up – it should be out in another year.”

Here’s congratulating Anahita Dondy on her award, and wishing her the very best for her continued efforts in reviving Parsi cuisine and for her new restaurant!