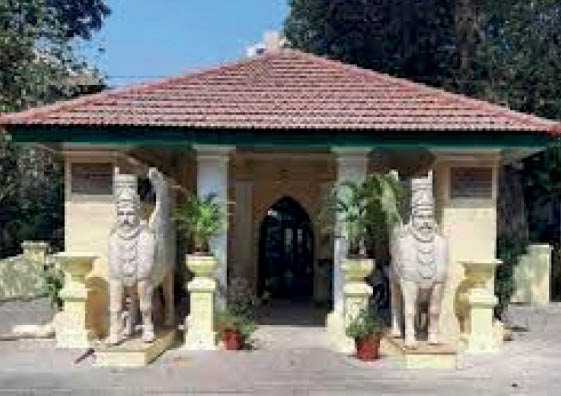 Parsi Times wishes all our Kadmi Zarathushti readers a hearty Kadmi Saal Mubarak! May the New Year usher better Understanding, Unity and Unlimited joy for all! 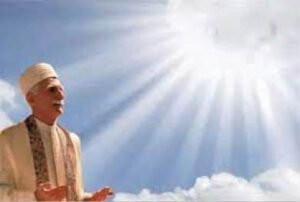 Throughout recorded history, Persians have been keen on the idea and importance of a calendar. The first fully preserved calendar belongs to the Achaemenid period.  In fact, ancient Persians were among the earliest cultures to use a solar calendar, instead of a lunar calendar. The sun, after all, was a religious and divine symbol of Iranian culture.

While fellow Irani Zarathushtis and Parsis belonging to the Kadimi or Kadmi sect too will celebrate New Year on this Sunday, 17th July 2022, most Parsis observing the Shehenshahi calendar do so on 16th August 2022. And of course, the entire community celebrates the seasonal New Year – Jamshedi Navruz, in March. 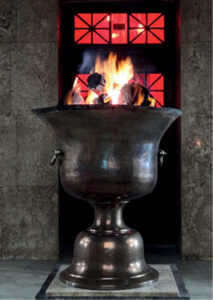 Since Zoroastrians traditionally do not add a leap year, the New Year slips by a day, every four years. The Zoroastrian tradition in ancient Iran was to add a whole month of thirty days, every one hundred and twenty years, to keep the calendar in tune with nature and the seasons. (This practise of intercalating a month was somewhat similar to the concept of ‘Adhik Maas’ or adding an additional lunar month to the Hindu calendar, which is still in vogue and a fairly accurate method to adjust the gap between the Solar and Lunar Year).

Intercalation: In the Hindu calendar, the extra month or Adhik Maas, on an average, falls after every thirty-two and a half months. As we all know, the solar year is made up of three hundred and sixty-five days and about six hours while the lunar year is made up of three hundred and fifty-four days. Thus, there is a gap of 11 days, 1 hour, 31 minutes and 12 seconds between the lunar and the solar years. As this gap accumulates each year, it approximates in a little over two and a half years to a gap of one month. Thus, an extra month is added to the Hindu lunar calendar approximately every two and a half years. This brings the calendar in sync with the seasons.

Since Zoroastrian Iran followed a solar calendar of three hundred and sixty-five days, the calendar would slip back by a day every four years (6 hours over 4 years aggregated 1 day of 24 hours) and by an entire month of 30 days after 120 days. This required intercalation of the Mah-e-Vahizak or adding the extra one month of thirty days.

Historical Discrepancies: After the fall of the Sasanian Empire, the Zoroastrians who stayed back in the desert provinces of Yazd and Kerman in Iran discontinued this tradition of intercalating one month after every 120 years. Parsis who came to India (from the province of Khorasan) seem to have intercalated a month only once after their arrival in India and then discontinued the tradition. This explains the difference of one month between the Kadmi (Kadimi or Kadim = ancient) calendar followed by Iranian Zoroastrians and some Parsis of Gujarat and the Shehanshai (Imperial) calendar, followed by the majority of Parsis in India.

The community also celebrates Jamshedi Navruz as Nature’s New Year on or around 21st March, since it also marks the Spring Equinox in the Northern hemisphere. The Fasli (Fasal = seasonal) calendar was introduced in India by the renowned scholar, K R Cama, around the beginning of the twentieth century, with 21st March as the New Year and adding an extra day every four years called Ruz-i-Vahizak. The Fasal or Fasli calendar has not gained much popularity in India except for observing the Festival of Spring around 21st March every year. However, the Zoroastrian community in Iran and USA have largely embraced it and follow the seasonal calendar and the seasonal feasts like Mirangan and Tirangan at the appropriate time in nature.

The Kadmi And Shehenshahi Divide: The Kadmi movement emerged in eighteenth century India, mainly over disagreements among priests – whether to adjust the one-month discrepancy between the calendars of the Indian Zoroastrian (Parsi) and the Iranian Zoroastrian (Irani) communities. The Kadmi considered the Irani calendar as Kadim or old and therefore original, while most Parsis, who did not change their Imperial calendar (followed from the time of Yazdazard III) came to be known as Shehenshahi. The fact remained that both calendars were, by then, totally out of sync with the seasons.

Several priests in Bharuch and Surat became Kadmi and both cities emerged as Kadmi strongholds. Prominent Kadmi families included Dadyseth, Banaji, Cama and Vatcha. Zoroastrian scholar and community leader Kharshedji Rustamji Cama (1831-1909) was also Kadmi, who later introduced the Fasal (seasonal) or Fasli calendar in which one extra day (Ruz-e-Vahizak) is added once every four years in order to keep the calendar in synch with nature and the seasons.

The Shehenshahi and Kadimi are generally in agreement with regard to Zoroastrian theology and doctrines. However, there are a few minor differences in their rituals, apart from the different calendars and the subsequent discrepancies between their festivals.

In the Khordeh Avesta, Shehenshahi and Kadimi use different opening and closing phrases for most prayers. In the Ahem and Yatha prayers, the Shenshahi chant ‘vohu and ahu’ whereas the Kadmi chant ‘vahi (or Vohi) and ahi’. There are also minor differences in other rituals, such as the Afringan, Ijashne and the Boi at the change of the gah. Navjote, marriages and death ceremonies too, are conducted slightly differently.

First Kadmi Atash Bahram: In 1767, Seth Dhanjishah Manchershah of Bombay sent Ervad Kaus bin Rustam Jalal, a learned priest from Bharuch who was well versed in Persian and Arabic, to Iran, where he stayed twelve years and studied intercalation (or Kabisa). After his return to India in 1780, Dadibhai Nosherwanji Dadyseth invited Ervad Kaus (known after his travels to Iran also as Mulla Kaus) to consecrate and install an Atash Bahram in Mumbai and Mulla Kaus became the first Kadmi Dastur of this first Kadmi Atash Bahram, situated at Fanaswadi in South Mumbai, which is known to this date as Dadyseth Atashbahram.

Fierce Disputes: Between 1782 and 1783, fierce disputes between the Shenshahi and Kadmi sects lead to several deaths and imprisonments. Behdin Homa Behdin Jamshed, whose Baaj (death anniversary) we observe to this date as Homaji ni Baaj, was also a victim of this controversy. A lady from the Kadmi group in Bharuch, who was pregnant, falsely accused the pious and innocent Shehenshahi gentleman, by the name of Homa (son of Jamshed Zaahiaa, a weaver and well-known poet of Bharuch), of kicking her, and which allegedly led to a miscarriage.

Homaji was first brought to trial before the Nawab of Bharuch and then to Bombay before the British Court. Homaji pleaded that he was innocent. However, incensed by the calendar controversy, a member of the Wadia family belonging to the Kadmi sect gave false testimony as a witness against Homaji. Based on the witness’ false testimony, Homaji was sentenced to death. The pious and innocent Homaji was hanged to death at the corner of Bazaar-gate in the Fort locality of Bombay, on Roj Govad of Mah Dae 1152 YZ (1783).

Before he was hanged, Homaji declared that he was innocent of the charge brought against him and that his sentence was not just. Homaji is believed to have declared, that the person who had leveled false charges against him would be found dead on the fourth day (Chahrum) after his death. Homaji had also declared before he was hanged that all those who will remember him for his innocence and his sacrifice will forever receive his blessings.

To this day, devout Parsees observe Govad Roj of Dae Mah as a solemn occasion to remember Homaji as the Patron Saint of all those who are falsely accused or generally harassed. In the Aafringaan prayers, his name is invoked with reverence along with names of other pious persons as Behdin Homa Behdin Jamshed.

Celebrate Unity In Diversity: Today, as a community, do we even bother to ask fellow coreligionists whether they are Kadmi or Shehenshahi? Do any of our youngsters even know the difference or care to know the difference? Don’t we pray at both Kadmi and Shehenshahi Atash Bahram with equal respect and devotion in Mumbai and in Surat? Yet, this was once an issue that bitterly divided the Parsis in India and led to several incidents of violence, including deaths.

Conclusively, ancient (Kadim), imperial (Shehenshahi) or seasonal (Fasal), make it a reason to feast, celebrate and bond. Let’s not be embarrassed that we have three calendars and observe three New Years.  Let’s celebrate the fact that we are thrice blessed!!