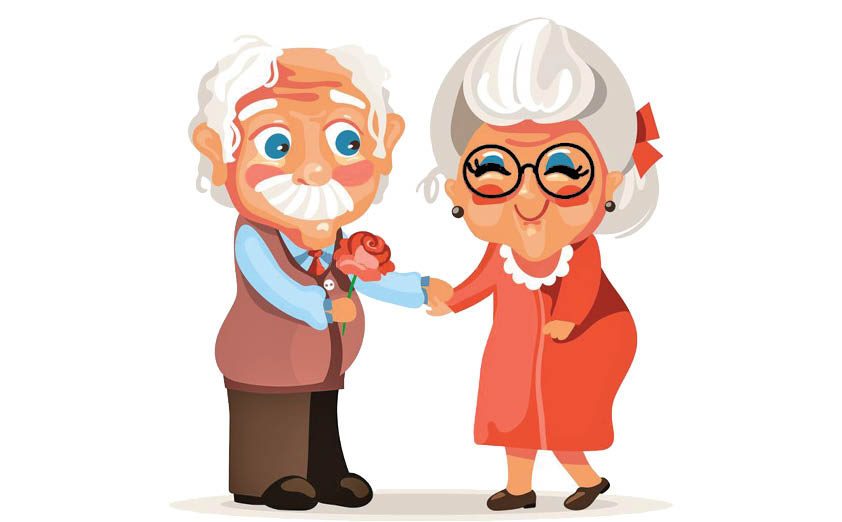 The Mandli was fed up after evenings of playing ‘Housie’, having General Knowledge quizzes, small ‘elaar-pelaar’ and musical-nights. Now they wanted something new, so Meherbai suggested an evening of personal anecdotes for married couples, themed, ‘How Did You Meet?’

Banoo Batak: I saw my future husband, Lovejibhai Lambo for the first time when I was a schoolgirl. He came home to give me tuitions since I’d failed thrice in class nine. He taught me biology instead of botany and I started getting morning-sickness. I’d throw-up every morning, so my maiji asked me, “What’s the matter?” Being a fekologist since childhood, I told maiji that I was bitten by a dog. Maiji called the family doctor, Darabshaw Dolo who examined me and promptly said, “Mai, je kutro tamari dikri ney kadyo, teni saathey lagan karavi deo, since this is a serious case of Agharni before Aaderni. Bijo koi elaaj nathi. Jaldi thi Baug lakhavi deo!!”

Maiji was furious with Lovejibhai who is 20 years older to me and asked him, “Tamey advance-booking keedhoo, tey now you better get married!” And that’s how we met! Today, we’re happily married since 50 years!

Lovejibhai: Speak for yourself. Don’t say “we”. You are happy, I’m simply married! For everyone’s information, my batak-baby gets up after 9 am and lazes around, while I do the housework and open doors all day long.

Abbhan Aban: How nice! She’s giving you so much exercise – no wonder you’re strong even in your 80’s, like Rustom Pehelwan! Also, you never fall sick and dapak-dapak fast chaloj.

Lovejibhai: That’s because (as per mem-saheb’s orders), we kiss 20 times a day like Kate Winslet and Leonardo De Caprio in the movie, TITANIC, hence, 20 times a day I’ve to fetch the stool and put it back since batak comes only up to my navel!

Firoza Fituri: Me! Me!! Mine is same-to-same case of marrying a Buddha called Kekoo Kalingar. Ours is also a 20 years’ age difference. He also calls me ‘baby’ but with a slight difference, like baby-elephant, baby-rhino or baby-hippo as I am slightly plump. So romantic, no? We met at a party where I fell head-over-high-heels in love, like a ton of bricks, for my Kekoo Kalingar.

Kekoo Kalingar: For me also, it was love at first sight but only with her bank account, her huge Parsi Colony flat and her spinster aunts who were loaded with crores of rupees. I just had to wait patiently and the dokris died one after another like nine pins, making me the husband of a filthy-rich wife. But alas! Instead of being happy, I have become very depressed because, over time, Firoza has become extremely dominating, selfish and controlling and I am not given the slightest freedom in anything. Leave aside money, I have to report to her where I am going, what did I do, to whom I talk and every other thing in great detail. Mahri toh ekdum dukhi kahani thai gai!! Because of all this, mahari tabiyat ekdum lathri gaij. Now, I have daat ma pyorrhoea, pet ma diarrhoea and lungs ma diptheria. But soo karoo? Every morning, I pray: hodaiji, mahney oochki levo or else Firoza ney oochki levo… but God does not seem to be on speaking terms with me!

Siloo Sharpshooter: I met Cowsi Combiflam at a burger-eating contest. I won the first prize by demolishing ten quarter-pounder burgers and Cowsi said: WOW!! What a woman! And kissed me passionately the way Mika Singh kissed Rakhi Sawant and started a controversy. No one had kissed me like that – I felt as if I was sitting on the Equator (eating a burger). We exchanged phone numbers since we’d already exchanged our hearts. I liked Cowsi’s honesty when he confessed, ‘I am a Bhukhribaras penniless guy, looking for a rich woman who can support me for life.’

Meherbai: Now stop this burger-romance story, where the guy is invariably broke and give someone else a chance to talk. A happy ending story this time, please!!

Jeroo Juliet: My Rumi Hodiwala, alias Rumi Romeo and I have a beautiful marriage since 40 years now. We are both crazy about films and met in an advance-booking queue at Metro Cinema 40 years ago. I offered Rumi some variyali-dana-sweet and he gave me a lemon-ni-peppy (peppy meant a sweet those days).

Next week, we met in an advance-booking-queue outside Regal. I offered him pao-na-kaatha (bread-sides) after eating my chicken sandwich. He gave me one Petit-biscuit and three samosa-na-corners from the mutton samosa he was eating. The following week, we both booked two corner seats in the lover’s row (last-row). He brought wafers and I took some bhakhras.

Jeroo Juliet: Who knows? Who cares? We were busy feeding each other wafers and bhakhras! Again, next week, we met at an advance-booking queue at Capitol Cinema. I fed him maida-cover of my Dar-ni-pori while he gave me half a marsh-mellow. It suddenly started raining, so he opened his umbrella and we went to his home in Sleater Road singing, ‘Pyar hua, ikrar hua hai, pyar se phir kyoon darta hai dil’, like Raj Kapoor and Nargis.

Rumi Romeo: Sleater Road was fully flooded like every year. What to do? I asked Jeroo if she could swim and she said NO!! Then she asked me if I had a Hodi (small boat) and I replied NO, only my surname is Hodiwala! So, we walked through waist-high water singing romantic songs and reached my home.

Jeroo Juliet:  We were both drenched so Rumi’s father gave us towels and some dry clothes and Rumi said, ‘Stay here forever! Don’t go! Be my wife!!’ I couldn’t go even if I wanted to!

Alamai Einstein: Because you were in love??

Jeroo: Yes, but there is another reason too. I stay on the ground-floor of a building at Grant Road which is always flooded in heavy rains and the furniture floats like ships in Appolo-Bunder-no-Dariyo.

Rumi Romeo: We got married and lived happily ever after, watching every Hindi and English film that released over the years. We even sing film-songs to each other and maro film dialogues like my dad who stands before my late mom’s garlanded photo and tells me, ‘Agar aaj teri maa zinda hoti toh bahut khush hoti!’ My Jeroo calls me: ‘Arrey Oh! Kersi aur Pesi ke Bapoo – suntey ho?’

Freny Fatakri: Because it’s Khel Khatam, Paisa Hajam! Now see you all at the next Mandli meeting!