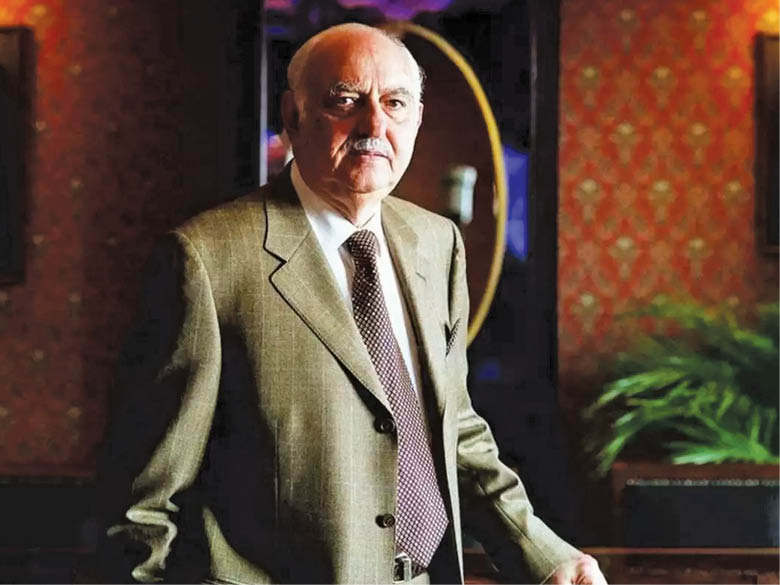 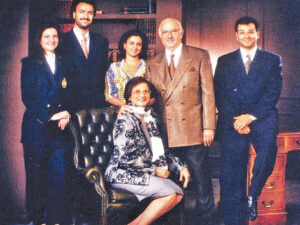 Pallonji Shapoorji Mistry, the 93-year-old patriarch of the Shapoorji Pallonji Group of Companies, passed away peacefully in his sleep, at his residence in South Mumbai, on 27th June, 2022. A traditional funeral service was held on 29th June at the Doongerwadi (Mumbai), with complete National and State honours.

Established over a hundred and fifty years ago, the Shapoorji Pallonji Group currently employs more than fifty thousand people, across countries worldwide.

In earlier times, Pallonji Mistry was often reckoned as the ‘Phantom of Bombay House’, due to his indirect influence over the Tata Group’s business interests. Bombay House is the headquarters of the Tata Group and Pallonji’s daughter, Aloo, is married to Noel Tata, who is half-brother to Ratan N Tata.

Awarded one of India’s highest civilian awards – the Padma Bhushan, in January 2016, by the Government of India – for his contributions to the field of trade and industry, this amazing business tycoon always kept a low profile. He was seldom, if ever, seen at social functions or parties. All his life he chose to remain a very private person. But, to those who knew him, he was an astute businessman and a gentleman to the core.

The Shapoorji Pallonji Group has built some of Mumbai’s iconic buildings, including the Hong Kong Bank, Grindlays Bank, Standard Chartered Bank and Reserve Bank of India to name just a few. Among its overseas landmark projects is the blue-and-gold Al Alam palace of the Sultan of Oman. The family also has an 18.4% stake in Tata Sons. Bloomberg estimated his worth to be about US $ 30 Billion in the year 2021.

Despite his enormous wealth and success in business, ‘Pallonji seth’, as he was reverentially called, lived by the principle of ‘simple living and high thinking’.  He was also deeply religious and lived by the ethics of his Zoroastrian faith. This author remembers seeing Pallonji seth dressed in simple white shirt and white trousers standing in a quiet corner at the Iranshah fire temple at Udwada and praying before the Holy Fire, with a Khordeh Avesta (the prayer book of the Parsis) in hand.

Some years ago, the Pallonji family and the Group took up the herculean task of renovating the 130-year-old building that houses the oldest and Holiest of Holy Zoroastrian consecrated Fire at Udvada – Iranshah. It was a ‘labour of love’.

I was later told that he loved staying at his bungalow at Udvada and whenever he visited this quiet and sleepy little village in South Gujarat, he would love ordering traditional Parsi food, which he enormously enjoyed with his family. He was a family man. When in his prime, despite constantly travelling on business, he would make it a point to contact his family before going to bed, no matter how tired.

Pallonji was a silent philanthropist, his range of charitable interests included care for senior citizens, health care, supporting education and research. He inculcated his noble traits in his two sons – Shapoor and Cyrus as well.

His love for education and research led Pallonji and his family to establish at the School of Oriental and African Studies (SOAS) at the University of London, the ‘SOAS Shapoorji Pallonji Institute of Zoroastrian Studies’, which is an enormously valuable resource dedicated to enhancing the research, learning and teaching of one of the world’s oldest religions. SOAS was awarded a £5 million gift in July 2017 to create this leading institute. The donation secures a long-term endowment for the Shapoorji Pallonji Lectureship in Zoroastrian Studies in the Department of the Study of Religion.

Recently, a generous donation from one of the Group companies has enabled Masina Hospital to set up a modern dialysis facility for its patients, where one can provide dialysis to 14 patients simultaneously. Separate provision is also made to attend to Sero Positive patients, so that others are protected from any infection.

The Pallonji family also had great interest in art and culture. Interestingly, the biggest blockbuster of its time in Hindi cinema, Mughal-e-Azam (1960), was produced by Pallonji’s father and was re-released by the family after it was digitally coloured in 2004. A few years ago, NCPA ran the stage version of this epic and the family once again sponsored it.

Pallonji Seth wanted to do a lot more for the Parsi community, but unfortunately faced resistance from a certain section of the community which was not in tune with his vision and dreams. Some years ago, he wanted to build apartments only for Parsis in the Dadiseth Atash Bahram’s spacious compound at Fanaswadi, in Mumbai. This project could have housed several Parsis and generated a handsome corpus and revenue for the maintenance of the Holy Atash Bahram. However, a section of the community felt that this would destroy the sanctity of this Holy Space and the project was abandoned. Reportedly Pallonji was also interested in developing the Parsi Lying-in Hospital, but this idea too was opposed by a section of the community.

In 2003, Pallonji gave up his Indian citizenship to become an Irish citizen. The family’s interest in Ireland is ascribed, in part, to their love for horses. Although a citizen of Ireland, Pallonji chose to spend the final years of his life in India. He was Indian at heart, Irish by citizenship and in between, he was also a kind-hearted and generous Parsi with old-world charm and grace.

Pallonji Mistry is survived by his wife Patsy, and their two sons – Shapoor and Cyrus, as also two daughters – Laila and Aloo. While Ireland bids Slán (goodbye) to one of its finest Indian born citizens, we are reminded of an old Irish funeral toast: “May the Irish hills caress you; May her lakes and rivers bless you; May the luck of the Irish enfold you; May the blessings of Saint Patrick behold you.” As a Parsi, I could also modify it to: “May the Albroz mountain range gently caress your soul as you cross over to the bridge of the separator; May the iconic structures you built all over the world bless and always remember you and May the Guardian Angel, Sarosh Yazata protect your noble soul!”