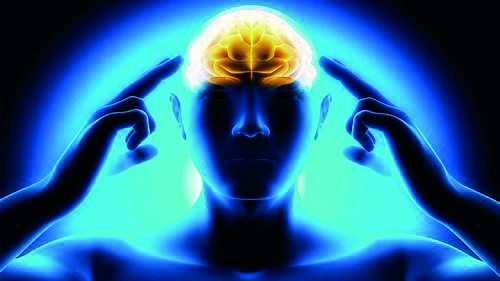 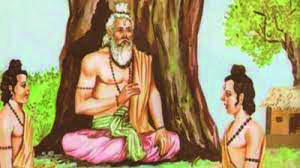 There’s a Sanskrit saying, which loosely translated, means, “The world is as you are.” Ancient Indian literature speaks of a story about the great teacher, Dronacharya and his two disciples – Yudhishthira and Duryodhana. Both, Yudhishthira and Duryodhana had learnt at the feet of their great master, Dronacharya and both had developed skills in their own way but they both viewed the world differently with individual perspectives.

Yudhishthira returned to report that despite his comprehensive screening of a lot of persons, he could not find anyone worse than himself, as each person possessed some good quality which he himself did not have. So, his constant focus was on his own defects and others’ good qualities. Duryodhana came back and reported that he could not find a single person who was better than himself. His finding was that every individual had some defect which he did not possess!

What determined their findings and the visions of the world around them? Their different attitudes, surroundings in which they lived, their culture, circle of friends and their own desires and ambitions. The degree of focus (Dhyan) and great attention are what distinguish a man from an animal. The moment the movement and variation ceases, the animal loses interest. Its attention gets diverted and dissipated, its unconscious brain takes over. Basically, man is also an animal who belongs to a higher order. But he also suffers from attention deficit though to a much lesser extent.

Man’s nature makes him proud and egoistic. Everyone wants to do better than their peers for more prestigious positions. Each person wants to be known as the best. This can bring down our consciousness to the egoistic level, though, in each case, the goal may be different. There is constant struggle against egotism and the human mind tries to take the position of being humble; giving respect to others instead of seeking respect; of being able to serve and if we try hard enough, maybe we will succeed and experience true spiritual humility, by which we can understand the greatness and glory of God, leading to ultimate bliss. Unfortunately, we are constantly preoccupied with egoistic desires and materialistic things.

The law of nature in this world is to make one proud and also inflate the ego. Even a pauper is proud of his penny. Rich people adorn themselves with better diamond jewellery than other rich people, and the poor are sleeping over better rags than other poor people. Almost everyone wants honour and respect. This is the nature of illusion – to pull our consciousness down to the egoistic platform.

But our goal is different. We have to struggle against the tendency of egotism and exploitation, and we have to take the position of being humble – not to exploit but to serve, not to seek respect but to give respect.

From a certain perspective, every sentient being is constantly striving over millions of its incarnations, to gain mastery over keeping its awareness attentive and mindful. However, all don’t succeed in maintaining their focus and attention for a longer span with great intensity. When one-pointed focus is accompanied by innate artistic talent, a great piece of art comes into being. And new methodologies and techniques are unravelled.

Our involvement and deep interest coupled with mental alertness, converts our thoughts into tangible assets. Buddhist texts share how ‘tulpa’ – a meditative practice, in which thoughts are converted into beings or objects through mental prowess. Intent mental focus can create an object. It is because the Creator was fully focussed and deeply absorbed in this act of creation, unobstructed. It is because of this that his creation got infused with life force.

What is important to understand and remember is that our circumstances and experiences in life are based on our thoughts or intents. And it is how we choose to think and how we focus our mental energies that will determine our perceptions and our experiences. The world is truly as you are – in keeping with your perceptions, thoughts and intent.

23rd July 2022, Mumbai, Parsi Times, Parsis, Perception, Saturday, The World Is As You Are, Thought And Intent, Volume 12 – Issue 15, Zoroastrian