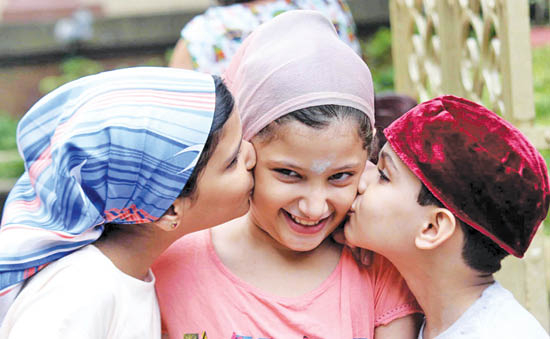 Birthdays are special. In our childhood or senior years, most, if not everyone, looks forward to celebrating this day. Each birthday reminds us we’re getting older. However, it also commemorates important milestones in our journey. Birthdays provide us the excuse for extra celebration. Everyone, young or old, gets a day to feel extra special – especially by family and friends. It’s not necessarily a day to celebrate one’s length of life. It’s the day to celebrate the depth and intensity of one’s life lived with purpose, productivity and progress.

How Ancient Persians Celebrated Birthdays: Herodotus, ‘The Father of History’, writes: “Of all the days in the year, the one which they (the Persians) celebrate most is their birthday. It is customary to have the table furnished on that day with an ampler supply than common with all types of meats. They eat little solid food but abundance of dessert, which is set on the table, a few dishes at a time; this it is which makes them say that ‘the Greeks, when they eat, leave off hungry, having nothing worth mention served up to them after the meats; whereas, if they had more put before them, they would not stop eating.’ They are very fond of wine, and drink it in large quantities.”

Our fondness of meats, desserts and wine seems to have remained consistent for more than two and half millennia. The Shahnameh (the Iranian Book of Kings) also narrates the extensive festivities on the joyous occasion of the birth of Rustom.

Ritual Celebrations: In the Zoroastrian tradition there are no specific or mandatory religious rituals that are prescribed for celebrating one’s birthday. One could simply pray at home before the hearth fire or pray and offer some sandalwood at an Agyari or Atash Bahram. Some offer Machi (a throne of long sandalwood sticks) to the Holy Fire after which the priest prays the Tandorosti – for good health and prosperity of the person celebrating his or her birthday. Some even perform a Khushali nu Jashan at home or at the fire temple.

Some Parsis also perform the Faresta ceremony. Fareshta means a Divine Messenger or Angel. In the Avesta, Faresta are referred to as Yazata. The Faresta ceremony is usually performed on joyous occasions, like marriage, birthday, Navjote, on moving into a new home or office or on fulfilment of a cherished wish. In this ceremony thirty-three Yazata are propitiated.

It is also considered meritorious to perform acts of charity on this day and earn blessings of those in need. There is also an old and forgotten tradition to plant a tree on this auspicious day and nurture it throughout the year. In ancient times (before urbanisation) this was quite common in the villages where Parsis lived in large mansions with sprawling compounds or at their farm houses and orchards.

Cutting a cake is a modern trend which we seem to have borrowed from the West. However, blowing out candles is considered strictly un-Zoroastrian. We are encouraged instead to light a divo (oil lamp) at home, at the Agyari or a well.

Blast From The Past: I remember as a child waking up rather early in the morning, with a lot of excitement and anticipation. In those days, there were no text messages to read on smart phones. We did not even have a landline at home. Birthday greeting cards or simple picture post cards would arrive a day or two in advance with blessings and good wishes penned in red-ink by relatives and friends. Red is considered auspicious as it represents the colour of blood or life and good health. These would be placed on a table that would have the traditional ses with a diva (oil lamp). Postcards ensured zero privacy and postmen would deliver the cards with a big smile and wish happy birthday and expect a generous tip.

The bath would be special with some warm milk and fresh rose petals in it. The milk would be poured from the head down to the toe and after which the head and body would be washed with a fresh new bar of soap and the body dried with a brand-new Turkish towel. Rose water would be added to the aluminium (there was hardly any plastic that we used) bucket of bathwater – we did not know of overhead or hand showers back then.

By the time I would be out from the bathroom, the floor would be swept clean by the domestic help (who would get a new sari and cash as gift), the door would be garlanded, the threshold decorated with chalk and the home would be fragrant with mixed aromas of rose, jasmine, loban and sev (vermicelli) being fried in the kitchen. After a quick prayer, I would be made to stand on a patlo (a small wooden foot-stool) which would be decorated with chalk. Of course, everything that I would be wearing would be new – from socks and shoes to the cap on my head.

A big red tilo would adorn my forehead with rice (symbolising prosperity and abundance). I would be garlanded, given a fresh coconut in one hand and made to eat some rock sugar and fresh sweet curd. Presents would then be given to me – usually a cash envelope with eleven or twenty-one rupees (very generous pocket money for that time), a good book or a board game.

Dad would then take me to the Agyari at Mazagaon where I have lived for most part of my life. Back in those days, the Patel Agyari at Mazagaon had a huge compound with a beautiful pomegranate tree. It had quaint village atmosphere which I loved. With my birthday falling in the month of August, it would usually be a rainy day and I would love the scent of wet earth in the Agyari compound.

Back at home, breakfast would be sev, boiled eggs and sweet curd, after which I would be made to distribute boxes of jalebi or suterferni (purchased the evening before from Grant Road) to the neighbours. Lunch would be sagan nu dhan daar and patio – the fish would usually be pomfret. We would then catch a movie at 3:00 pm, either at Novelty cinema or Apsara talkies at Grant Road. We would travel by bus, but on our return, it would be the luxury of a Fiat taxi, but not before picking up some fresh and hot wafers and sali (potato straws) from ‘A1 Wafers’ at Balaram Street!

Dinner would be at home – usually chicken with sali picked up earlier from A1 wafers. It was not fashionable back then to eat out and my mother was amazing with her culinary skills. Dessert would either be jelly or a bar of Cadbury’s milk chocolate. No photographs would be shot because we did not even have a simple camera. We did not cut any cake either. We would simply eat mithai. Only the Parsi Roj Birthday was celebrated. The date birthday was given no importance.

Trust me, those were my most memorable birthdays – through the sixties and the seventies. Simple, yet satisfying and when less was more!