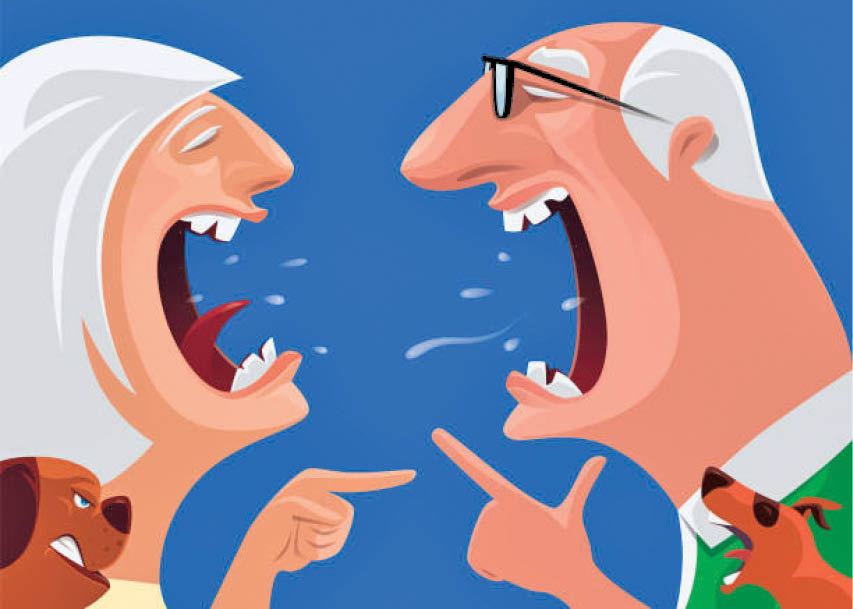 It is that “Lark’s on the wing, Snail’s on the thorn; God’s in His heaven – All’s right with the world” sort of day. Poet Burns must have been feeling just the I was, on this beautiful morn. I had met my brother-in-law Jamsu. Not a very pleasurable occasion. But he was at the bank withdrawing a fat wad of moolah and I was able to wrangle out of him the three grand that he had borrowed from me last Diwali, nearly a year ago.

A great day! I’ve been running a streak of good luck recently. Usually there is never any getting back from what is lent to Jamsu. Also, nowadays my madam editor works from home, on-line, and so do I. That’s another bonus, to me as well as to her. I‘ll say, a fine person she is but somehow the very sight of me brings out the worst in her! Funnily, I have this effect on many! There’s Ookaji – he used to have a crush on my Rattie during our school days. Then again, he had a crush on almost every girl he ever met! He is more to be pitied than censured. Yet, he hates the very sight of yours truly!

Then, there’s Firoza from the fourth floor and her mother, well known as the chothhe maar na Chandanbai – a confirmed hypochondriac! Both, mother and daughter, are a veritable source of the Baug’s goings-on. It’s a bad omen to be accosted by either of them. Yet there she was – the chothhe hothe maar ni Chandanbai. Her limp becomes more noticeable as soon as she sees me – just like her frown! Being a civil chappie, I inquired after her, “Kem cheov?” I immediately regretted doing that – but it was too late. She set forth on a litany of her ills and ailments, so numerous that they reminded me of the old Parsi song, ‘Ek pila ni ladai, challis dhara chali rahi.’ Chandanbai, a veritable encyclopedia of ailments, started with ‘A’ for Arthritis, ‘B’ for Bird flu, ‘C’ for Covid and would have continued all the way to ‘Z’, but for the cell phone ringing in the background with music from ‘War and Peace.’

It was my Mme. Editor. Gratefully I excused myself from Chandanbai’s ballad of hypochondriac ailments. I answered cheerfully, “A very good morning to you ma’am. What can I do for you, my dear lady?” “Su che Darabsha!”, came back Mme Ed., “You seem unusually chirpy today. Did you make a killing at the flush game last night? Or has your wife left town with her ‘Kootla Committee?” I replied, “Sorry Ma’am, no such luck. Your ringing saved me from a long list of imagined ailments of my neighbor. Saved by the bell, so to speak! Bolo Mme, what ails thee this morrow?”

“Thou, er You, Darabsha – you’ve been stepping on too many toes! The Dasturjis and the orthodox are up in arms and threatening to take us to court over your last article. You have offended the progressives too in the same piece! How did you manage that? That’s either good writing or stupidity! Don’t bother to answer – I know which. Please leave religion to our dear Dasturjis – the Vadas, chotaas and those midway!”

She ranted on, “You’ve even ruffled the feathers of the youth by ridiculing them about their tattered jeans and tops with gaping holes, patched up with some sort of fishnets, showing skins, giving a beggarly look!”

“And paying a small fortune for them too!” I interjected. “In my days we used to discard such garments or used them for dusting furniture!”

“Darabsha! We have many youthful writers, please leave fashion to them.”

‘But ma’am it’s absurd that such attire passes off as haute couture nowadays.”

“You are no fashionista!” Mme Editor reminded Darabsha.

But neither Chandanbai nor Ma’am Editor could dampen Darabsha’s sense of bien-être, this bonhomie feeling. After all, he had gotten back his three grand from Jamsu – a rare feat! With a spring in his step, Darabsha made his happy way home to a huge glass of chilled and frothy beer, followed by bhaji-per-eeda, rotli, dhandaar and Kolmi-no-patio followed by a thick slice of kopra-paak. Rattie had excelled herself. Teatime saw bhakhras being washed down with fudna-ni-chai. Aah c’est la vie! Attagirl, Rattie. She could transform even the most humdrum dish into one fit for a king!

Happy hour too was something to make a song and dance about. (To hell with ending a sentence with a preposition, let Ma’am editor worry about it). My favourite scotch and splash, a creamy dip with nachos, prawns in butter and garlic and salted cashew nuts! If there is heaven, it is this, it is this, it is this! Dinner was the culmination of the day’s culinary treats. Sated and happy, I had no idea that the bright clouds had an ominous dark lining gathering around it. I went off to sleep and dreamt happy dreams – I was in heaven, bright and beautiful: totally free of Chandanbais, Jamsus and newspapers, and by that extension – the editors!

Next morning, I was up bright and early, with a song on my lips. The sense of well-being continued. The dark lining around the bright skies was spreading but I was totally oblivious. Yours truly bathed yodeling away à la Kishore Kumar. The breakfast was spot on – buttery, creamy akuri with almonds, raisins and just a right sprinkling of spice ‘n’ all that’s nice, a huge dollop of marmalade and coffee like only Italians can make. After having polished off half my breakfast, I caught Rattie with a smirk on her face that only a man married for 43 years can decipher. A chill ran down my spine. I realized I was the calf being fattened for slaughter. Akuri turned to ashes…

Rattie spoke, “Darab darling, after breakfast will you help me fill a form?” Sounded simple enough. I suspiciously asked, “What form Ratu, BPP elections are over and you will now have to wait for five more years to stand as a Trustee”

“No, no! I have no desire to be a BPP Trustee – too much of a hassle! This is about the next Mrs. India. Girls of our Kootla Committee insisted unanimously that I participate in the ‘Mrs. World Contest’. It will give a good name to our colony and to our Kootla Committee.”

“And me, a laughing-stock at my club and elsewhere! Nothing doing!” I met the Idea with a firm nolle prosequi. “Are you out of your mind? Where do you women get these weird ideas. I can understand aapri Sherry (the colony’s arm-candy)…”

“Bas, bas! Enough! Your Sherry and Brandy! She is not married, hence not eligible!  What’s wrong with me? I was the beauty queen of my college. That is why tumay mari uppar lattu thaya hata, sending me all those corny poems about my eyes and ears and lips and all those long letters. I have still got them. My mamma always warned me that this Darab kai saro manas nathi lagto. My Jamsu also agreed with mumsu – a very good judge of character he is.”

“Darling, let’s be reasonable,” I tried, but to no avail. She was unstoppable. I so wanted to tell her what I thought of her mother and her Jamsu, but instead I said, “Darling let’s be reasonable. That was over four decades and twenty-three kilos overweight ago. Now we are.. um.. passé!”

Gently I quipped, “A lion trainer?”

“I need a trainer to teach me to sashay across the ramp and do the catwalk. Not that I can’t do it, but I need a little more oomph in my walk.”

“No sarcasm, please! If you cannot be ‘suppository’, be quiet!”

“Not suppository, the word is supportive,” I corrected.

“Tomato – tomaato – taamotu – whatever! Now stop irritating me! I’ve a very important task ahead. ‘I’ll also need a speech expert to help with my diction, my injections, and instruct me on how to reply sponganeously to the judges questions,” she said.

“An uphill task Rattiemai, a very steep hill and Mai, you mean inflexions and not injections. Also, the word is spontaneously not sponganously.  Chabarda per chabarda! Rats, you are in corrigible!” I sighed.

“It is because you’re stressing me out! My Kootlaites warned me against this habit of yours. They all suffer from hubbyitis. So just leave me alone – YOU!”

I left her alone – I pretty much gave up! Gave up my peace of mind as days went by, gave up my freedom of speech and my credit card too! My bank balance went plummeting down too, and my BP rose.

Two months went by. I had to withstand sixty days of those ghastly trainers – one looking like something excavated from Pharaoh Tut’s tomb, the other, equally offensive, in tights, round-neck T–shirt with sleeves cut open up to the shoulder, and at first glance appeared rather gender-neutral! The make-up freak followed later.

Two months of her speech coach with his, “Pebbles in mouth, Rattie love, now say ‘How high the hills I climb in heels’”… and Rattie would repeat, sounding like an angry alien trying to communicating with an Earthling.

It was like watching Comedy of Horrors. Next came the cat-burglar.. err cat-walker – Mario, with, “Rattu, modeling is all about walking, so walk – glide, slide, slightly narrow your eyes! Lips slightly open, don’t tense up your pretty face, walk! O mama mia! Walk – don’t march.” Sounding almost Italian, running his fingers through his jet-black hair, he was actually Marazban Signanpoia from Balaram Street, who preferred calling himself ‘Mario’.

“Oooo Mario!” squealed Rattie. “I feel changed, but you are such a task master!”

“Si, si, Cara mia, but we have a great project ahead so walk, relax your arms! Don’t move them so much! Keep them by your side, push your hips a bit forward. Don’t smile. Don’t smile when you enter the runway. Only smile at the end for the benefit of the photographers. Ok, tomorrow we walk with stilettos. Till then, Ciao chica!”

It was nearly three months now and I was sick of eating meals from a bai sending dabbas. Ratimai was too busy with higher things in life. Happy hour became a dismal hour with just sev, gathias and chanas. Like a stoic, I was prepared to face a bleak existence but that fine morn, our neighbor’s toddler, Meheranghiz walked in with her teddy-bear in tow. When offered a bar of chocolate, like any intelligent kid, she dropped her teddy and drifted away with the bar to happily play elsewhere.

Nine thirty and Mario came with his ‘buongiorno’ signor et signora. Rattie smiled, I said ‘Sahebji to the Pseudo Italian and their practice session began. Till now, I had no idea that good ‘ol ‘deus ex machina’ had already started working in my favour in the form of my little neighbor Meheranghiz. There was a long shrill cry from the living room – Rattie was yelling in agony. She had tripped over our dear girl’s teddy in the stilettos and had hurt her foot. Turned out to be a hairline fracture! Doctor advised Rattie complete bed-rest. Which meant freedom from that linguist hippie and the pseudo Italian. No more sashaying!!

I had opened this article with lines of Poet Burns. And I’m concluding similarly – “Lark’s on the wing, Snail’s on the thorn; God’s in His heaven – All’s right with the world!”