Heartiest Congratulations to the Winners of our Parsi New Year Special Issue Contests! We thank all our talented readers yet again for the massive response to all three Contests. The following are the Top 6 Winning entries. Winners are requested to email us at: editor@parsi-times.com to collect your gifts.

WINNERS OF CONTEST I: ‘A PARSI PERSONALITY I MOST ADMIRE…’ 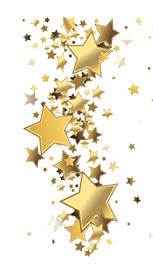 ‘The Man Of Steel, I Admire Still’

When Parsis set foot on Indian shores, an opportune moment it was,
Little did one realise it would change Indian industry’s course!
In Navsari town was born Jamsetji Nusserwanji Tata – the visionary,
Who came to be known as the legendary ‘Father of Indian Industry’.

With great integrity and honesty, he brought projects to fruition,
Jawaharlal Nehru referred to him as a ‘One-Man Planning Commission!’
Founder of Tata Group, Tata Steel and Jamshedpur city – his heart-sake,
But of all his fantastic odysseys, the Taj Mahal Hotel stays the cherry on the cake.

He founded the Indian Institute of Science, a grooming hub for scientists,
His charitable generosities placed him on the list of the world’s top philanthropists
The wheel of employment is churning till date due to his foresight and will,
My humble respects to the benevolent patriarch, the Man of Steel, I admire still!

The very name of Adi Marzban never fails to bring a smile on the face of Parsis! Playwright, director and broadcaster, apart from being the Editor of his family’s paper, the Jam-e-Jamshed, Adi transformed Parsi theatre in a unique manner!

I admire him for being a ‘one-man institution’ with the singular purpose of bringing laughter and happiness to a community, whose fabric he enriched with humour, variety, quirkiness and endless guffaws. Adi Marzban’s stage shows and weekly broadcasts of Parsi plays were ‘unmissable’ events! No Jamshedi Navroze, ‘Pateti’ or ‘Navu Varas’ was complete without Adi and his team bringing the house down with ribaldry, variety and Adi’s own presence and spontaneous remarks.

Adi encouraged talent like no other! Many of his protégées have made a name for themselves – some even in Bollywood! Pipe-smoking, short and charismatic, Adi with his double-breasted suits remains most admirable!

‘Jamshed was very confused and a little angry now. He distinctly remembered having put TWO hard-boiled eggs on the dining table to cool as he went to the kitchen to toast a few bread slices so he could whip himself a tasty sandwich. Now only ONE lonely egg stared back at him…’

… Widower Jamshed felt his late wife, Naju’s photo staring sternly at him from the big frame. Naju had always admonished ‘Jamsu’, as she fondly called him, for putting things directly on the bare kitchen table.

Suddenly, the doorbell rang. It was his friend, Jangoo who had come with a message. Jangoo was part of a spiritual group – with some having he faculty to communicate with the ‘other side’!

“What you got, Jangoo?” asked Jamshed.

“Message from your wife, your Naju. She says to tell you she loves you, is always with you, watching you and….”

Pyjama! When was the last…

Convinced that the missing egg is Naju’s doing, Jamsu hurriedly turned to head towards the solitary egg, when something squished under his foot – it was the missing boiled egg!

Resolved – no more furtive glances at neighbour’s balcony when Maria is doing her workout… Naju is watching!

‘THE RIGHT WAY TO CRACK EGGS’

… Rubbing his aching back, wishing for his youth, Jamshed sat down heavily in his chair. A deafening crack filled the air, making his heart stop mid-beat! It took him a second to realise it wasn’t his tailbone.

Peals of laughter from his sister’s children – the reasons he swore he would never have any of his own – floated from behind the sofa in the corner.

Jamshed buried his face in his hands, his brow furrowed. However, a small, defiant smile flashed from behind his splayed fingers… ‘Good luck, Jiyo Parsi, you need it!’