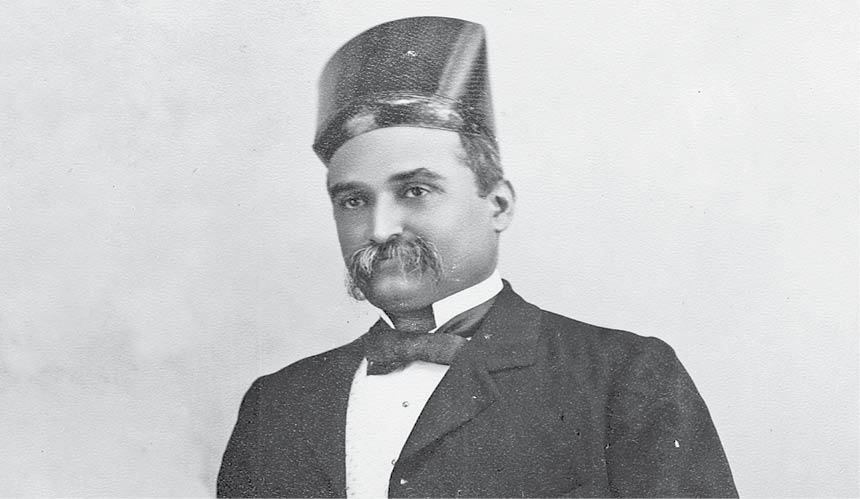 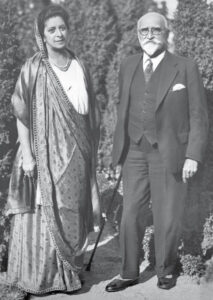 Today marks the Birth Anniversary of Sir Dorabji Tata (27th August, 1897), the firstborn of Hirabai and Jamsetji Nusserwanji Tata – the visionary and Tata Group Founder. A key figure in the history and development of the Tata Group, Dorabji founded Tata Steel, Tata Chemicals, Tata Power, and Sir Dorabji Tata and Allied Trusts. He was knighted in 1910 for his contributions to industry in British India. Sir Dorabji Tata not only inherited his father’s business acumen, but also his spirit of selflessness and philanthropy.

He received his primary education at Proprietary High School, Bombay and pursued higher studies in England, where he shone as a sportsman in cricket and football. He also played tennis for his college, became an expert rower, won a number of sprint events and was a good horseman. He returned to India to graduate from Mumbai’s St. Xavier’s College and worked for two years as a journalist at ‘The Bombay Gazette’ before joining the cotton business division of his father’s firm in 1884.

He worked towards realizing his father’s vision of a modern iron and steel industry, and thus was born Tata Steel (1907) followed by Tata Power (1911). Under his leadership, the Tata Group experienced immense expansion, and soon became the largest private sector steel company. Soon after, he ventured into sectors including hydroelectricity, edible oil, soap manufacturing, construction and aviation.

In 1897, he married the beautiful Meherbai Bhabha, the daughter of HJ Bhabha, Inspector General of Education of the erstwhile Mysore state. She was a spirited and sensitive woman with a penchant for English literature and playing the piano. Like her husband, she also strived for social causes during her lifetime, working for issues like higher education for women, and against the purdah system and untouchability. She also introduced India to the International Council of Women.

In the 1920s, when Tata Steel was hit by a severe market slump, Dorabji pledged his entire personal wealth to prevent tata steel from closing down. This included even his wife’s Jubilee Diamond, twice the size of the legendary Kohinoor. The Imperial Bank gave him a personal loan of 1 crore which he used to bail out the company. Tata Iron and Steel also secured support from Jawaharlal Nehru and Mohammed Ali Jinnah – future leaders of independent India and Pakistan — and it survived the crisis. He introduced initiatives like 8-hour day, maternity leave, provident fund, accident compensation and free medical aid. Thanks to him, Tata Steel is regarded as a company whose heart beats for its people.

His love for sports made him pioneer the Indian Olympics Movement. In 1919, he facilitated four athletes and two wrestlers to participate in the Antwerp Games. As President of the Indian Olympic Council, he financed the Indian contingent to the 1924 Paris Olympiad.

Sir Dorabji inherited a very large fortune, much of which was devoted to philanthropic works of a practical nature and to the establishment of various industrial enterprises for developing the resources of India, especially towards the field of education. On May 27, 1909, Sir Dorabji Tata established the Indian Institute of Science, Bangalore, and made a handsome donation to the institute in 1912.

Taking forward his father’s unparalleled legacy of chaity, he said, “To my father, the acquisition of wealth was only a secondary object in life; it was always subordinate to the constant desire in his heart to improve the industrial and intellectual condition of the people of this country…Kind fate has…permitted me to help in bringing to completion, his inestimable legacy of service to the country.”

Abiding by his staunch belief against discrimination based on place, nationality or creed, he set up the Sir Dorabji Tata Trust using all his life’s earnings in 1932. This comprised substantial shareholdings in Tata Sons, Indian Hotels and the allied companies, landed properties, and 21 pieces of his wife’s jewellery, including the famous Jubilee Diamond. The value of his donation was estimated at Rs. 10 million at the time. The funds were to be directed towards the advancement of learning and research, relief work and other charitable purposes, “without any distinction of place, nationality or creed”. He also donated his collection of paintings, statuary and other art objects to the Prince of Wales Museum in Mumbai. He also established the ‘Lady Tata Memorial Trust’ in fond memory of his wife Meherbai Tata, who died of leukaemia in 1931.

On April 11, 1932, Sir Dorabji set sail for Europe expecting, among other things, to visit his wife’s grave in England. It was on this journey that he died, at Bad Kissengen, Germany, on June 3, 1932. A few days later, almost on the anniversary of his wife’s death, he was laid beside her at the Brookwood Cemetery, in England.