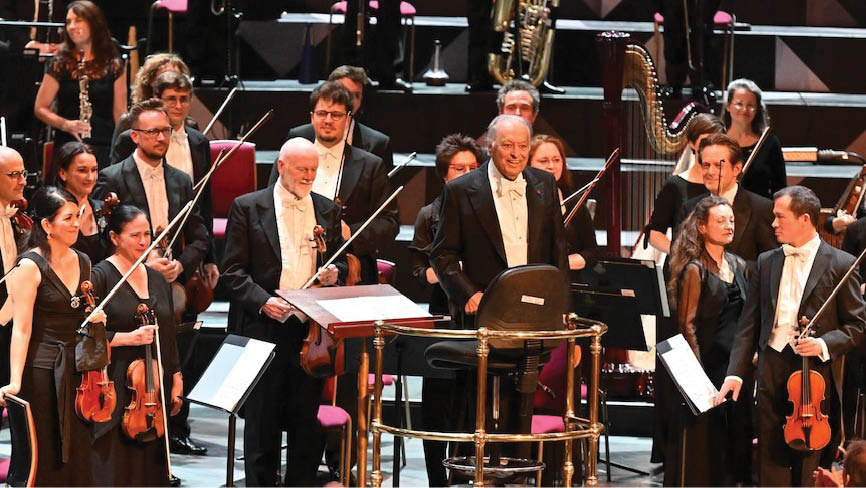 Legendary conductor Maestro Zubin Mehta has been awarded an Honorary Companion of the Order of Australia (AC), in recognition of his eminent service to the Australia-India bilateral relationship and humanity-at-large, particularly in the fields of classical music and philanthropy. The award was presented to him by the Governor General of Australia, General David Hurley, at the conclusion of a performance by the Australian World Orchestra, amidst great applause.

With a career spanning more than five decades, Zubin Mehta is one of the world’s most celebrated and respected conductors. His career highlights include being Artistic Director of numerous globally leading and eminent orchestras and his tireless philanthropic work, particularly in the field of educating children in western classical music.

A gazetted announcement from the Governor General’s Office read, “Maestro Zubin Mehta is thoroughly worthy of formal national recognition as an Honorary Companion in the General Division of the Order of Australia (AC).” Australian World Orchestra Artistic Director – Alexander Briger, said, “We are delighted with this much deserved recognition for one of the world’s finest conductors who throughout his life continues to use the power of music to create unification.” In his profile by ABC Classic’s Mairi Nicolson, he was complimented: “Zubin Mehta has always had an acute sense of social responsibility. Never one to stay silent on political issues either, his career has been characterised by what might be termed philharmonic diplomacy.”

The concert when he was awarded the Honorary Companion of the Order of Australia, concluded the performances by Australian World Orchestra (comprising 250 players from across 50 orchestras and ensembles worldwide), conducted by Mehta, which have taken place at the Edinburgh Festival, the BBC Proms, Melbourne’s Hamer Hall and The Sydney Opera House Concert Hall. It was broadcast on Classic Live.

Mehta has undertaken at least three cross-country tours through Australia since 1966, as Music Director of the Israel Philharmonic Orchestra, a position he held for 50 years. His deep connection with Australia came into special focus in 2013, when he served as the first international guest conductor of the Australian World Orchestra. Briger added, “Maestro Zubin Mehta first came to the Australian World Orchestra in 2013 and the orchestra has been enriched by his musical brilliance and vision ever since, in performances in Australia, India and in the UK.”