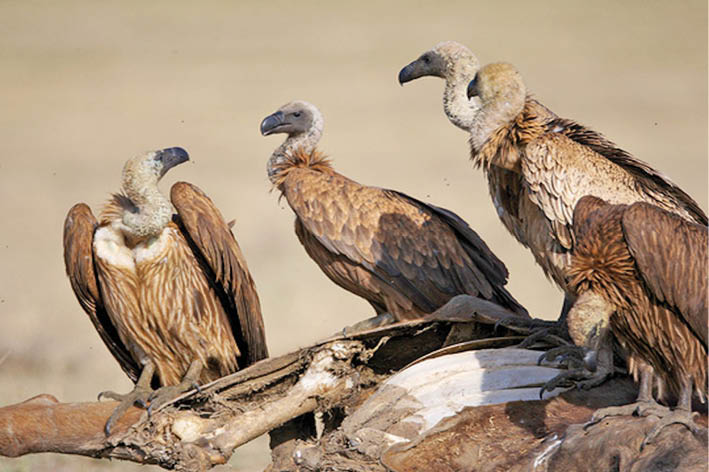 The Maharashtra Forest Department and The Corbett Foundation have allied to raise awareness about the conservation of vultures in the state and work towards reviving their population, which is vital for maintaining a balanced ecosystem.

Posters in local languages have been prepared to be put up in remote villages so that inhabitants understand the importance of the vultures. These posters will be circulated across the state by the forest department, animal husbandry department, NGOs, local communities and nature lovers.

An informative poster in Marathi, which has been developed in consultation with the Bombay Natural History Society (BNHS) and SAVE (Saving Asia’s Vultures from Extinction), highlights the problems faced by vultures in India.

The toxicity of veterinary-use non-steroidal anti-inflammatory drugs (NSAID), such as diclofenac, is one main threat, which was responsible for the drastic decline of vulture populations across India in the 90s. Though the use of this drug was banned in India in 2006, human-use diclofenac was being used in veterinary treatments. To prevent this, in 2015, India banned the production of multidose vials of diclofenac in human medicine. However, recent scientific findings also suggest that veterinary use of various other drugs are also harmful to vultures.

The forest department has also partnered with Ela Foundation and Sahyadri Nisarg Mitra to promote vulture conservation in the state. Sunil Limaye, PCCF (Wildlife). As per Maharashtra’s  Chief Wildlife Warden, all efforts need greater support in the form of conservation measures like establishing a conservation breeding centre for vultures in the state, which is also a part of the Action Plan for Vulture Conservation in India, 2020-2025 released by the ministry of environment, forest and climate change. He added that the Konkan, western Maharashtra and the Vidarbha regions still have the requisite habitats needed to act as long-term breeding areas for the white-rumped, Indian and Egyptian vultures, which are native to the state.