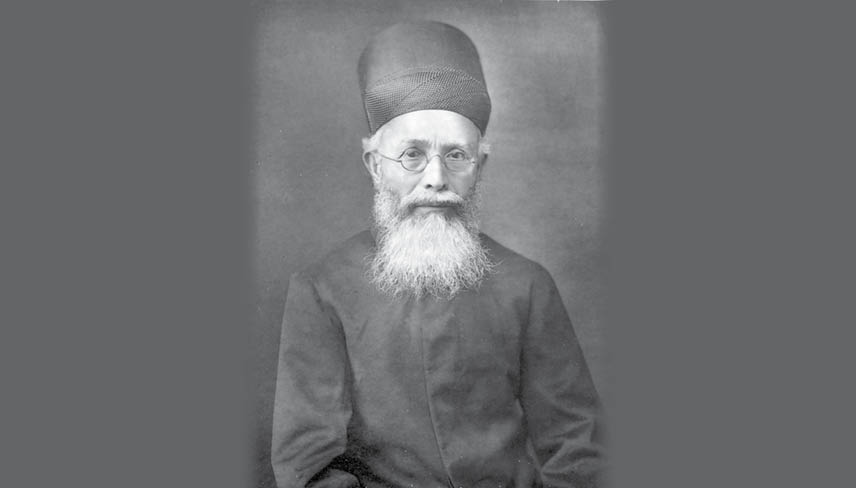 Known and respected worldwide as the ‘Grand Old Man of India’, the legendary Dadabhai Naoroji was one of India’s greatest leaders – a multifaceted personality as a nationalist, statesman, educationist, economist, social reformer and parliamentarian. He is known to have influenced, among many others, Mahatma Gandhi, Mohamed Ali Jinnah and Sir Pherozeshah Mehta. 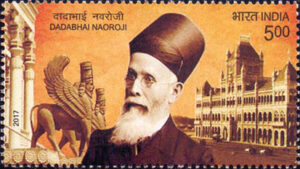 He was born Dadabhai N. Dordi, on 4th September, 1825, in the priestly family of Manekbai and Naoroji Pallanji Dordi. Having lost his father at age four, he was brought up by his mother, who raised him to go down in Indian history as one of the most dynamic individuals – ‘Dada’, the ‘Pita-maha’, the ‘Grand Old Man of the Nation’, the first Asian to be elected to the August House of Commons of the British Parliament. He was a devout Zoroastrian, a fearless man, a courageous fighter, a magnetic personality, a great orator, an educator who firmly believed in women-empowerment, a patriot and a freedom fighter.

As an ordained Zoroastrian priest, Dadabhai disregarded superstitious beliefs and practices that had crept into the minds of fellow community members. In 1851, he founded the Rahnumae Mazdayasne Sabha to restore the Zoroastrian religion to its original purity and simplicity (still operational in Mumbai) and founded two religious magazines – Dharma Marg Darshak and Rast Goftar to educate Parsis about religion.

Dadabhai advised Maharaja Malharrao Gaekwad of Baroda in managing various issues with British Agents, and pleaded his case in London. In return, the Maharaja offered Dadabhai the post of Diwan (Prime Minister) of Baroda State. In this capacity, he introduced several reforms but later resigned and left Baroda on January 11, 1875. As a tribute, Maharaja Sayajirao University of Baroda has named one of its student hostels as Dadabhai Naoroji Hall.

In keeping with the then Parsi customs, at age 11, Dadabhai was married to 7-year-old Gulbai and later went on to have three children, one son and two daughters. He completed his Masters in Mathematics from the Elphinstone Institution, (currently Elphinstone College) and by the age off twenty-five, he was appointed Assistant Professor, and four years later – Professor of Math and Natural Philosophy at Elphinstone Institution – the first Indian to do so. After a short but successful stint as Professor, he left for England in 1855 to manage ‘Cama & Co’, and realized the English were ignorant about India. He believed it would greatly advantageous to India if the British were made to understand their responsibilities as rulers. Insomuch, he started the London Indian Society.

In 1886 he contested the British Parliament elections but was defeated by his Conservative opponent. In the heat and dust of political campaigns a lot of muck was thrown on Dadabhai. However, he never stooped to conquer – he would rather build his character as such, that no one would believe his detractors. And on the 5th of July 1892, Dadabhai won the elections to became the first Asian to be elected to the British Parliament and the first Indian to enter the House of Commons as a Liberal, representing the Central Finsbury constituency. His commitment as a Member of Parliament was exemplary – putting duty before self and determination to make a difference, despite the odds. Dadabhai’s political success was followed by two other Indian Parsis – Sir Muncherjee Merwanji Bhownagree and Sir Sorabji Saklatvala. Sadly, Dadabhai was not successful in getting re-elected for subsequent terms of office in the British Parliament. Even so, he was gracious in his defeats.

Dadabhai returned to India in 1906 to preside over the Indian National Congress (Calcutta), spending his last eleven years in India at his Versova Bungalow (Andheri, Bombay). Globally, people flocked to his home and it became a place of pilgrimage for Indian freedom fighters. He was a mentor, philosopher and a guide to the young Indian Nationalists as well as to the giants of our freedom movement including Gandhiji, Gokhle and Tilak, who sought his blessings and advice. Mahatma Gandhi wrote, “The Indians look up to you as children to the father. Such is really the feeling here.” A year later in another letter he wrote, “I am yet inexperienced and young and, therefore, quite liable to make mistakes. You will, therefore, oblige me very greatly if you will kindly direct and guide me and make necessary suggestions which shall be received as from a father of his child.”

During World War I, Dadabhai supported the cause for Britain, pointing out that it was the supreme duty of his countrymen at such a difficult time. Both, the British and the Indians wanted knighthood to be conferred upon Dadabhai, but he refused, just as he declined accepting the honour that the Shah of Iran wanted to bestow upon him. Dadabhai received innumerable good wishes from the British Empire on his Birthday every year on 4th September. His ninety-first birthday was celebrated by people across India.

In 1909 his 73-year-old lifelong companion Gulbai passed away. In June 1917, Dadabhai’s had to be hospitalized due to his deteriorating health and breathed his last on 30th June, surrounded by his daughters and grand-children, leaving behind a bereaved family and nation. Over fifteen thousand people of all faiths and nationalities joined the funeral cortege.

Lokmanya Tilak said, “If we twenty-eight crore of Indians were entitled to send only one member to the British parliament, there is no doubt that we would have elected Dadabhai Naoroji unanimously to grace that post.” Sarojini Naidu praised his life as one long and noble consecration to the Motherland.

The Grand Old Man of Indian Nationalism has been honoured across countries – stamps and coins have been issued with his visage; Bombay University conferred upon him the honorary degree of Doctor of Law at a special convocation presided by Lord Willingdon. His portrait stands prominently in both – the Indian and the British Parliament House. His statue stands at Dr. DN Road – a heritage area named after him – as is the area of his residence (Andheri, Mumbai), named DN Nagar. Additionally, a colony of government officials in Delhi is named Nauroji Nagar; there is also a Dadabhai Naoroji Road in Karachi and a Naoroji Street in the Finsbury area of London, and the Finsbury Town Hall houses a Plaque in his reference.

Dadabhai Naoroji’s love for freedom and patriotism is summed up best in his words, “Indians were British citizens with a birthright to be free, and they had every right to claim an honorable fulfilment of our British pledged rights. It is futile to tell me that we must wait till all the people are ready. The British did not wait for their parliament. Self-government is the only and chief remedy. In self-government is our hope, strength and greatness. I am a Hindu, a Muslim, a Parsi – but above all, an Indian First.”