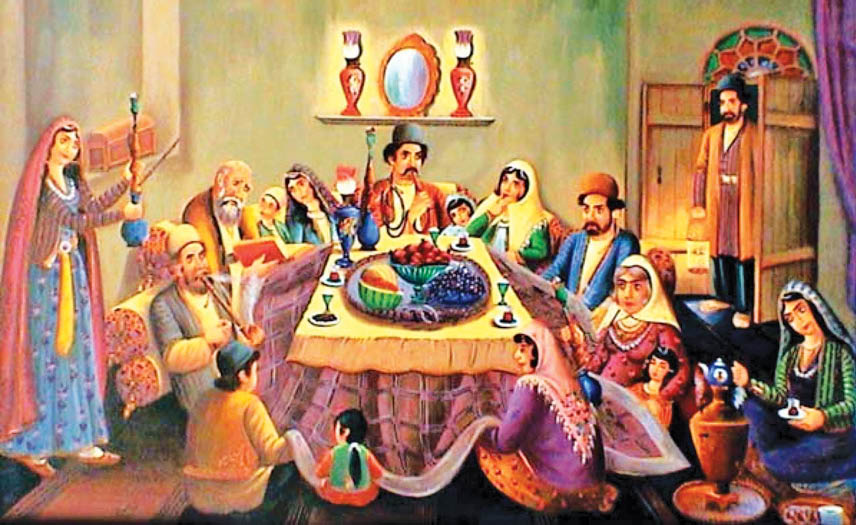 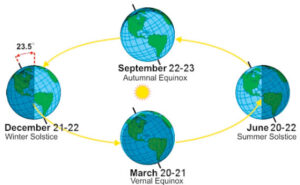 23rd September, 2022 marked the Autumn or Fall Equinox. The Solar equinox – when the sun crosses the earth’s equator, appearing directly above it – occurs twice a year, around 21st March (Jamshedi Navroze) and around 22nd September. The equinox dates vary because of the difference between how the Gregorian calendar calculates a year of three hundred and sixty-five days and the time it actually takes for earth to complete its orbit around the sun, which is about three hundred and sixty-five and a quarter days. This way, each September equinox occurs about six hours (quarter of a day of twenty-four hours) later than the previous year’s September Equinox. This eventually moves the date by a day.

The term ‘Equinox’ is derived from the Latin term aequinoctium – aequus (equal) and nox (noctis) (night). During the equinox, daytime and night-time are of approximately equal duration across the planet. Thus, equinox celebrates balance and equality. Also, while the spring equinox ushers the end of a harsh, cold winter, the autumn equinox ushers the end of a scorching, hot summer.

The chances of observing the aurora borealis display increases during the equinox. According to NASA, the equinoxes are prime time for observing the famed Northern Lights since the geomagnetic activities are twice more likely to take place during the spring and fall period, than in summer or winter.

The Difference Between Equinox And Solstice: Both – solstices and equinox herald the change of season on earth, but they are different. While the two solstices occur in June and December, the two equinoxes happen in March and September. A hemisphere’s winter solstice is the shortest day of the year, and its summer solstice is the longest.

Seasons As Source Of Life… The seasons on earth change because the planet is slightly tilted on its axis as it travels around the Sun. In other words, different points on earth receive either more or less sunlight at different times of year. If planet earth was not tilted, the sun would have always appeared directly above the equator, the amount of sunlight a given geographic location would receive would have been constant and there would have been no seasons.

Planet earth owes its existence or rather life on planet earth, due to several factors – like the distance from the sun and the tilt at which it revolves around the sun – ensuring four seasons and sustenance of life. Zarathustra saw this as the principle of Asha (Divine Order) and which his followers to this date celebrate and venerate.

Zoroastrian Fall Festival: According to the Fasal (seasonal) or Fasli calendar, Meher Roj of Meher Mah will fall this year on 2nd October, 2022 and will be celebrated as the festival of ‘Mehregan’ to commemorate the end of summer and the start of autumn. Scholars like Er. Dr. Sir Jivanji J Modi believed that ideally the Jashan of Mehregan should be performed on the day of the autumn equinox. However, traditionally the priests perform the Jashan in honor of Mithra or Meher Yazad on Roj Meher of Mah Meher.

Jashn-e-Mehregan celebrates the legend of the evil Zohak being enchained to Mount Damavand by Shah Faridoon. In other words, it celebrates the victory of good over evil and the light of Mithra or Meher Yazad dispelling the darkness of ignorance and gloom.

Meher Yazad is the energy of light that is associated with Khurshed Yazad – the energy of the sun. This is the reason why praying the Khurshed and Meher Niyaesh is considered an obligatory daily prayer. Mithra presides over promises and contracts and is depicted as one with a thousand ears and ten thousand eyes.

The Sanskrit equivalent of Mithra is Mitra. In the Rig Veda, Mitra is mentioned two hundred times and the sun is described as the eye of Mitra. Mitravaruna, similar to Avesta Mithra-Ahura in Avesta, is depicted as the guardian of the whole world, upholders of Divine Order and protector against falsehood. Mitra also means friend. All this resonates so deeply with Zoroastrian theology.

Celebrating Autumn… Autumn represents the preservation of life and its necessities. During this time, animals prepare for winter by storing food and creating cozy hibernation spaces. Farmers work on their fall harvest by collecting a reserve of crops.

The full moon around the autumnal equinox is celebrated as Harvest Moon, which is considered to be the year’s brightest and biggest full moon. In many countries in the northern hemisphere, the Harvest Moon coincides with the fall harvest season and sees traditional celebrations.

In India, this full moon is known as the Bhadrapada Purnima and marks the beginning of Pitripaksha, the fortnight when the ancestors are remembered and worshipped. The Chinese celebrate Zhongqiu Jie, or the Mid-Autumn Festival, also called the Moon Festival, around this time.