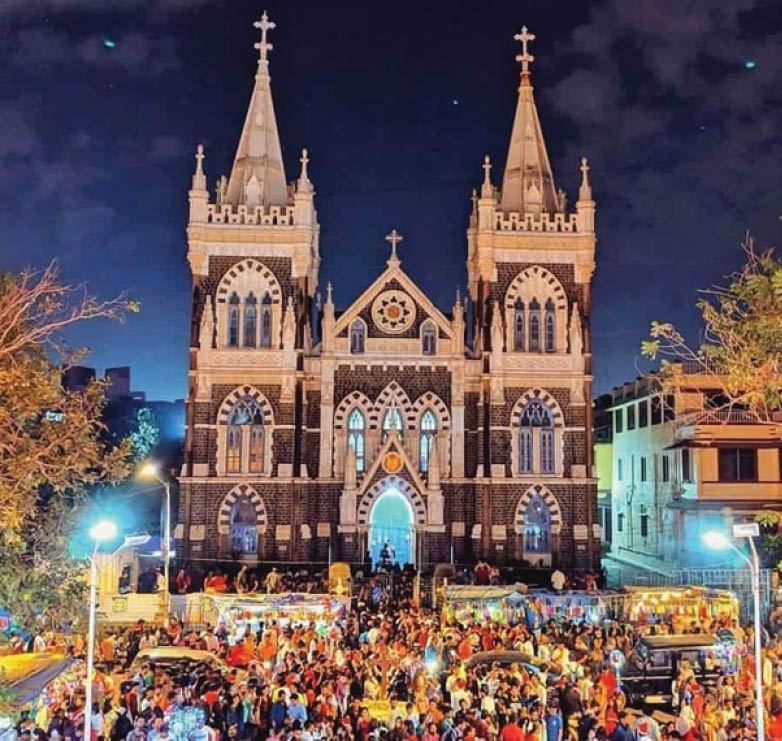 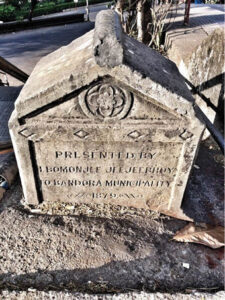 The Bandra Fair is a week-long annual festivity that is being held this year in 2022 after two years (due to covid restrictions), from 11th to 18th September. Also known as ‘Mount Mary Fair’, it’s been observed at Bandra now for over three centuries, attracting thousands, rich or poor, Christian and non-Christian, to partake in the festivities.

It is believed that the idol of Mother Mary was brought to India by Jesuit priests in 1570 and worshipped in a small, simple structure on the hillock, where the current grand edifice stands. Later, Arab pirates attacked this old chapel and broke the right hand of the idol, believing it was made of gold. For two decades, (1741 to 1761) public worship at Mount Mary came to a halt. However, when the original idol was reportedly found in the sea by an unknown and unnamed Koli fisherman, it was ceremonially enshrined back on the mount at Bandra.

In those days, Mumbai was a cluster of seven islands. To reach Bandra, pilgrims had to sail from Mahim to Bandra in tiny, open boats, often perilous, especially during heavy September rains. In Bandra, people moved around on foot, bullock carts or horse-driven carriages. Pilgrims at the annual feast of Mother Mary also attracted vendors of food and other goods and that is the origin of the famed Bandra Fair.

The Mount Mary Basilica is dedicated to Mother Mary, the mother of Jesus Christ. People who pray at this shrine claim that their wishes get fulfilled. This Basilica has hosted two popes (Pope Paul VI in 1964 and Pope John Paul II in 1986) and millions of pilgrims from all strata of society and all religious denominations.

Sir Jamshedji Jejeebhoy’s wife, Lady Avabai had many sons but she craved a daughter. The daughter of Sir Rogerio Faria recommended that she write her wish for a daughter on a piece of paper and deposit it at the feet of the idol of Mother Mary at the shrine in Bandra. Soon thereafter, a girl was born to Lady Avabai and she was named Piroja. When Piroja turned eight, there was a storm and twenty boats capsized while crossing the Mahim creek to Bandra. Lady Avabai decided that the family would fund a causeway to connect the two islands by road. Mahim causeway is the gift of Lady Avabai Jejeebhoy to the city, dedicated to ‘Our Lady of the Mount’ or ‘Mount Mary’.

Bomonjee Steps: Three years after the Mahim causeway, the Jejeebhoy family also funded half the cost of the steps leading to the shrine. These are known as ‘Bomonjee Jejeebhoy Steps’. Today, when one approaches the steps that lead down to Hill Road, one may almost miss noticing a half-buried stone plaque or marker on one side of the steps, which reveals an old marker, where Bandra is referred to as Bandora (Bandorawala is also an old Parsi surname). This marker reveals that these steps were originally known as ‘Degrados de Bomonjee’ or ‘Bomonjee’s Steps’, acknowledging that these were built by Bomonjee, a scion of the Jejeebbhoy family.

Economic And Spiritual Hub: Mumbai is not just an economic hub but also a great religious hub. Faithful old-timers believe that Mumbai city owes its vibrancy, economic prosperity and general safety from all calamities to the various places of worship, from the Mumbadevi, Mahalakshmi, Babulnath and other Hindu temples to the Haji Ali and Makhdoom Shah Dargah of the Muslims, the four Zoroastrian Atash Bahram and churches like Mount Mary, to name just a few. May these Sacred Spaces emanating positive energy fueled by the faith and prayers so many, keep all of us safe, healthy, happy and prosperous!