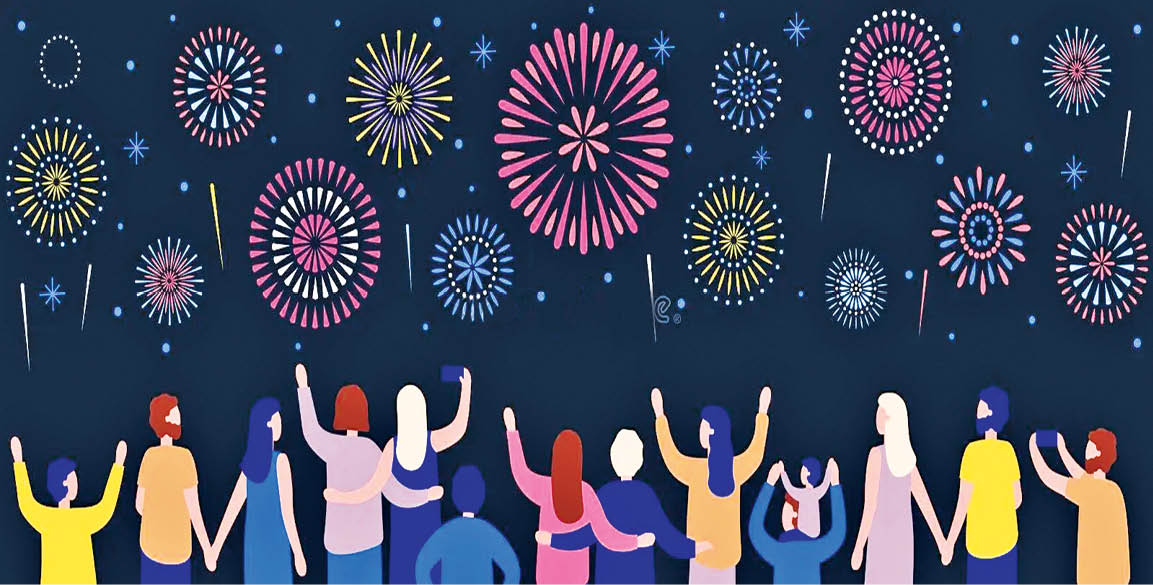 As every Parsi Times reader knows by now, Meherbai’s Mandli celebrates each and every festival. In fact, they celebrate life, with their breakfast, lunch, tea and dinner parties, so how could they NOT celebrate Aapri Diwali? In fact, they made plans for all the attendant days that herald the Diwali.

Keki Kanjoos: Whose father’s Diwali? We spent money only last month to celebrate Dushhera in Goa!

Keki Kanjoos: We all go dutch – I’ll give my share of Agiar Rupiya.

Farida Fuljadi: You mean for tips?

Keki Kanjoos:  No. I mean for starters and dips, soup, main course of eleven dishes and desserts.

Homai Hatim-Tai: My Keka has a headache since morning, so he can’t think straight.

Abban Abhan: Even my neighbour, Burjorji Bhathena got up with a headache today morning, so I gave him seven pills.

The Mandli:  Seven pills for one headache? Why? Why?

Abbhan Aban: Because Bhathena te saat maathena – so one pill for each head!!

Aspi Aspro: Oh hello!! Aban Leesi pavli, Burjorji is not Raavan ok?! Besides, he himself is the biggest headache according to his mother-in-law, who complains about him to everyone in our colony, including the maalis and the kachrawalas that he’s a Mai-no-Margho! 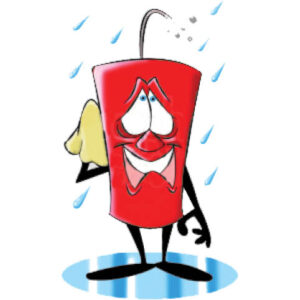 Banu Batak: So, should he be a Sasu-no-Margho like his father-in-law?

Alamai Einstein: But like the game of ‘Chinese whispers’ in school, everyone knows about it. Now forget Bhathena, what shall we do on Vaagh Baaras day?

Vikaji Vaaghmaru: Arrey!! I am like a tiger even at 75. Marry me Aban, and I’ll protect you like a Vaagh. Just say ‘Yes’!!

Abbhan Aban: I told you a hundred times, the answer is a big-fat NO. Even if you were the last man on Earth, I’d prefer to die a virgin!!

Dolly Ding-Dong: Let’s party on Dhan-teras after we women finish washing all our gold jewellery in milk and also finish the chopra-pujan in my hubby’s office.

Dolly’s husband – Dolla(aka) Dorab: How crazy! I don’t get enough milk in my daily tea and my wife wants to wash her jewellery in milk!!!

Vikaji Vaghmaru: If I can help it, I would give this year’s Nobel to my Aban-Jaan!

Koomi Kaajwali: Tamey Abbhan Aban na love ma paryaaj that’s why you are saying this. Anyway, count me out of the Dhan-Teras programme. I have an appointment – Kaaj karvanu chey – between Dhun and Dhunjisha. Hope they both say yes, on Dhanteras so I can parao a big Ashodad from both the parties plus attend their wedding without giving any pehramni!

Koomi Kaajwali: Because I already gave them each-other! What can be a better pehramni?

Aabhan Aban: Let’s celebrate Kali-chaudas. I’ll even bring my Kaka’s son Kali to burst the fire-crackers since I am very scared.

Vikaji Vaghmaru: If you are scared, I’ll hold your hand (starts singing the Beatles song, ‘I Wanna Hold Your Hand’)

Banu Batak: Before Diwali comes Karva Chowth, so let’s keep a day-long fast for our respective husbands’ long lives, as they do in TV serials.

Ketayun Khadhri: I can’t live with without food. I’ve never fasted in my life!

Silloo Stengun: For a change, why can’t husbands fast on that day for the wife’s longevity?

Meherbai: Guys, Guys! All this fasting-vasting on Karva -Chowth are Hindu customs. They don’t apply to us. It’s bad enough that some Parsis have included Hindu customs like Mehendi and Sangeet in some Parsi marriages. Let’s stick to the point and concentrate on our Diwali Bash! We’ll tell Sammy six-pack to get the fatakras.

The Mandli: Don’t let Sammy six-pack be in charge of the fire-works. It will be a fiasco.

Meherbai:  Oh yes!! I forget!! Like last year!! Sammy left the fatakra-parcel in the taxi and there were no fireworks at our party.

Sammy Six-pack: But lots of fire-works later at home from my wife. Luckily, as soon as they started, I took off my hearing aid while the wife was shouting and yelling!

And so, the big day arrived. Rumi, the reliable, was put in charge of bringing the fire-crackers. Rumi in all sincerity was bringing the parcel on his rickety-wickety scooter, balancing it between his legs, when lo and behold!! It suddenly started raining cats and dogs and elephants and tigers!! Imagine such a weather in October! Maar, maar no varsad. Result? All the fatakras havai gaya!!

But the Mandli never says die. They believe in enjoying every moment of life. Kya hua if there’s Kabi Khushi, Kabhi Ghum? The Diwali party was a grand success at a suburban five-star hotel’s restaurant and poor Keki Kanjoos had to pay much more than the Agiar Rupiya as his share!

And here ends the tale of the Mandli’s Diwali celebration!!