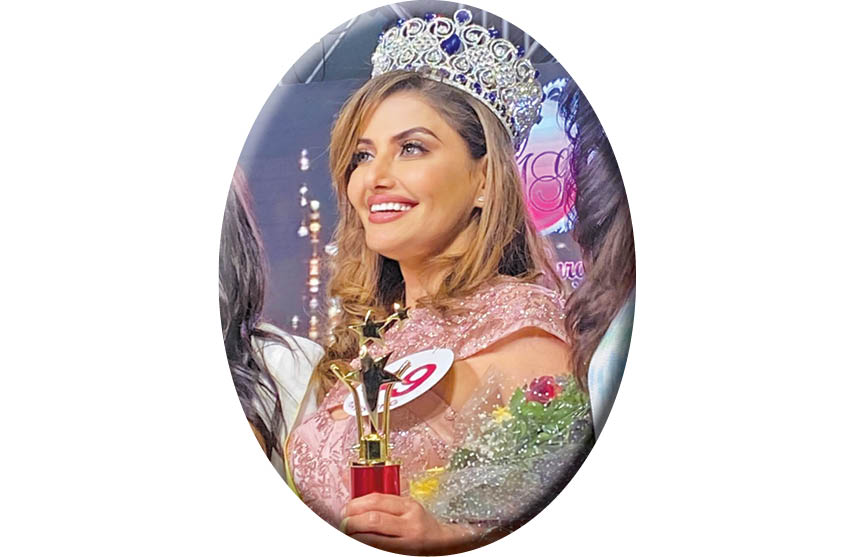 Just a few months ago, in June, the community and the nation rejoiced on the crowning of our very own Yasmin Jal Mistry as she walked away with the prestigious ‘MRS. WORLD INTERNATIONAL’ title, wowing the judges and the audiences alike with her presence of mind, personality and of course, her beauty.

And now, this dynamic and gorgeous business-woman and industrialist, known for her passion and consistent endeavours towards Community Service, has yet again brought great pride onto the community by being recognised as one of the very select ‘TOP 10 EMERGING LEADERS OF 2022’ for her ‘diligence and commitment to her work which demonstrates her prowess in her sectors of specialization’.

The list of the top ten emerging leaders of 2022, which was announced on 27th September, 2022, has been curated by the globally renowned brand-research and consulting firm – Heylin Spark, which compiled this list to provide a valuable platform to these individuals who have achieved excellence in their fields, and to celebrate their efforts and achievements.

As per the official Press Statement, “As the industry is growing, many leaders have emerged who are becoming an inspiration for many. They constantly contribute in different sectors to give the best of their abilities but are unrecognized among the masses…  These ‘Top 10 Emerging Leaders Of 2022’ are the ones who gave us great scope for people to learn and come up with new innovative ideas, endeavours and creative conceptions which have transformed the world.

Yasmin Jal Mistry is the independent, warm-hearted but bold personality from Mumbai – an Entrepreneur and Managing Director of several companies including Y M Securities, Mistry Logistics and Durand Forms (India) Pvt. Ltd. She is the also founder Trustee of ZTFI (Zoroastrian Trust Funds of India), a Community based NGO established in 2009, which has consistently served the Parsi community for over a decade and brought in much relief by making a huge difference in the lives of its under-privileged.

Yasmin Mistry is a fitness enthusiast, and recently won the prestigious ‘Mrs. World International 2022’ title. An established model during her college days, she later took over her family’s transport business after the untimely death of her father and transformed it into a logistics giant. She is one of the rare individuals who has embraced all the opportunities that came her way and has worked efficiently and tirelessly to turn her dreams into reality.” 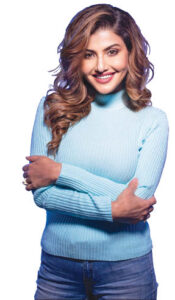 Increasing setting the precedent as an empowered woman, who encapsulates it all – beauty, brains and a heart of gold which is ruled by compassion for her fellow community members as well as her fellow Indian citizens, Yasmin Mistry has, over the past three decades, established herself firmly as one of the icons of the community and a leading personality in the business arena.

Speaking to Parsi Times on this joyous and proud occasion, Yasmin Jal Mistry says, “I’m delighted and humbled at this recognition. It’s always a good feeling to be acknowledged for the hard work and dedication that I’ve put in through the years. I’ve worked diligently through the past three decades, to pursue and accomplish varied professional and personal goals – be it as a model, a business-woman-turned-industrialist, a community-service front-runner and benefactor, a fitness-enthusiast, but most importantly, as a Parsi, living up to the standards of righteousness, fair-play, integrity and industriousness.”

From a young age, leadership and hard-work have been the hallmark of this fierce and accomplished personality. She won the ‘Supermodel India’ title at age 19, has been crowned ‘Miss Gujarat’ and has modelled professionally for top brands including Raymonds, Sunsilk, Ponds, Lakme, Tribhuvandas Bhimji, Godrej, Kala Niketan and Camay. While still in her early twenties, Yasmin had to take over the reigns of her family’s Transport business and within eight years, she transformed it into a logistics giant (Mistry Logistics). She went on to set up two other establishments – ‘Durand Forms’ – a manufacturing unit and the BSE-registered ‘Y M Securities’… thus turning her inheritance into a legacy. Yasmin was also awarded an honorary Doctorate in Women Entrepreneurship a few years ago.

“My success is also the result of my upbringing – I heartily thank and credit my mother – Arnavaz Jal Mistry, for being my guiding light and constant support. She imbibed in me the qualities of a true Parsi that I’ve always strived to live up to, along the path of Good Thoughts, Good Words and Good Deeds. Our religion is my constant source of peace and motivation; our prayers make me feel truly protected, loved, strengthened and blessed,” shares Yasmin.

An optimist who lights up a place with positivity everywhere she goes, nothing brings greater joy to Yasmin than seeing people happy and being able to contribute to their happiness and growth. As for future plans, Yasmin looks to further professional growth and successes, and continue to provide support and aid to community members via ZTFI. Truly, the epitome of beauty, brains and a large heart filled with compassion for the not-so-fortunate, we congratulate Yasmin Mistry on yet another grand achievement! May she keep the Parsi flag fluttering ever high!