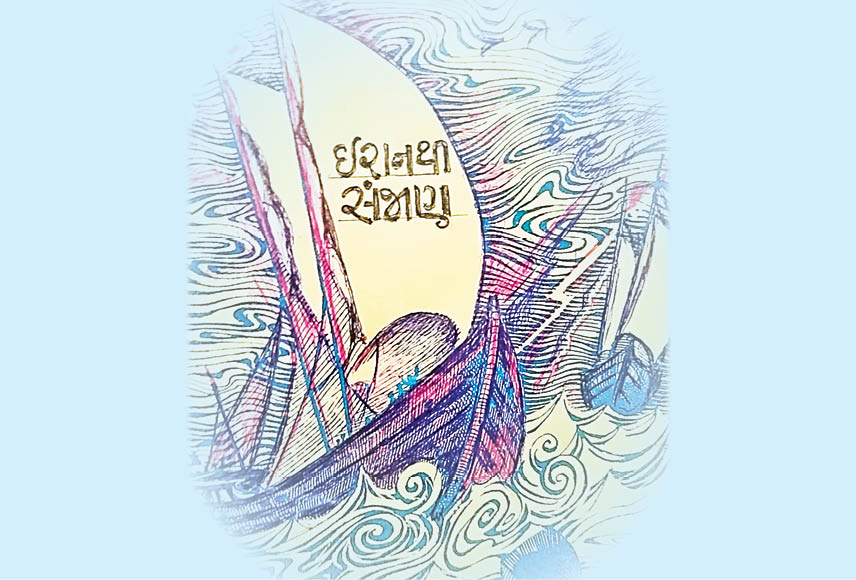 Sanjan Day was celebrated on November 15, 2022, by the community with much gusto. This is, in fact, an annual event to commemorate our community’s historical roots, but more importantly, to express our sense of loyalty and gratitude to India.

Exodus From Iran To India: Little is known or documented about the advent of the early Parsis to India. The earliest record is the Qissa-e-Sanjan written in 1599 A.C. Thus, the earliest history of Parsis was documented several centuries after our arrival in India. Some believe, that on the fall of the Sasanian Empire, Zoroastrians were forced to convert by Arabs, and therefore some immediately fled to India. But many scholars agree that Parsis came to India around the 10 AD or three centuries after the fall of the Zoroastrian (Sasanian) empire. However, Iran and India had trade relationships going back five hundred years before the birth of Christ, and therefore, it’s plausible that some Zoroastrians may have settled in India even before the Arab conquest.

Arab Conquest Did Not Trigger Immediate Exodus: Late Prof. Mary Boyce, professor of Iranian studies at London University’s School of Oriental and African Studies (SOAS), wrote in her book, ‘A Persian Stronghold of Zoroastrianism’: “It is now generally agreed that the Arab conquest of Iran in the seventh century AD was not achieved by a few great battles, but took more than a generation to accomplish; and that, although Islam was established thereby as the State Religion, it needed some three hundred years, or nine generations, for it to become the dominant faith throughout the land.” There were a few million Zoroastrians in Iran, right up to 10 AD. Many Zoroastrian texts including the Pahlavi Dinkard and the Vendidad were written three centuries after the Arab conquest of Iran. Historians have recorded Zoroastrian strongholds in Khorasan and certain parts of Northern Iran, right up to 16 AD. The fact is, Zoroastrians were mostly wiped out between 12 AD and 15 AD, by the Moghul marauders – Chengiz Khan and Taimur Lang.

Late Dastur Dr. Hormazdyar K. Mirza writes in his ‘Outlines of Parsi History’ (Bombay 1987, Pg. 179): “A Zoroastrian dynasty ruled in the mountainous region of Damavand, in the district of Tabaristan, in post-Sasanian times.  This was a dynasty of the Zoroastrian priests, and the rulers of this dynasty were known as masmoghan, i.e., ‘Chief of the Mobads’. The Masmoghans ruled in Damavand and the adjoining districts under the Sasanian Emperors, and after the Arab conquest they ruled as independent rulers.”

It’s also believed the Sipahbads of the Bavand dynasty (a continuation of the Zoroastrian Masmoghans) ruled a province around Mount Damavand in 10 AD (almost 300 years after the Arab conquest of Iran) which had more than ten thousand villages. The province was said to be prosperous and most of its people were gabrakan or Zoroastrians.

The Significance Of Sanjan: It’s believed that when our ancestors left Iran, they first landed in Diu (Kathiawar). After staying there for about fourteen years, they moved to Sanjan, Gujarat. The question is why is Sanjan given more importance than Diu? Perhaps because of the title of the poetic record of the advent of the Parsis from Iran to India is Qissa-e-Sanjan or the Story of Sanjan. Or because Parsis stayed at Sanjan far longer (about 624 years) than they did in Diu. But maybe the most important reason is because the first Atash Bahram (Iranshah) to be consecrated in India, was in Sanjan.

According to Qissa-e Sanjan, this first Fire of Victory (Atash Bahram) on Indian soil was installed on day nine of the ninth month, Samvat 777 or 721 AC. However, some historians believe that it was more likely 941 AC, or five years after the arrival of Parsis at Sanjan. The Aalaat or the sacred ritual requisites for consecrating the Atash Bahram in India, including the holy ash of the AtashBahram in Khorasan, was brought from Iran, reportedly on horseback and on foot via Afghanistan and modern-day Pakistan. Hence, the first Atash Bahram consecrated by Parsis in India is named Iranshah, as it has a spiritual and ritual link with Iran.

When Sanjan Came Under Threat: After Iranshah was installed, Parsis lived peacefully in Sanjan for about 324 years. However, when Sultan Mahmud (Mahmud Begdo) attacked Sanjan with an army of 30,000 soldiers led by General Alfkhan, the local Governor of Sanjan, asked the Parsis to join his army in battle, after annulling the treaty between the Parsis and his ancestor, Vajjadevrai, that they would not bear weapons. 1,400 Parsi men fought in the army in the battle led by General Ardashir, for 3 days. Ardashir emerged victorious in the first round, but Alfkhan returned with a bigger army, killing Ardashir and several men, and taking siege of Sanjan.

Even as the battle was being fought, the Sanjana Priests, fearing desecration of the Holy Fire, carried Iranshah away to safety in a cave on Mount Bahrot. For twelve long years, the priests kept Iranshah safe from the invaders at Bahrot.

It’s also believed that Sanjan is probably named after an ancient city by the same name on the southern edge of the Kara-kum Desert, in the vicinity of the historically eminent oasis-city of Merv, located in the Greater Khorasan region of Central Asia. We owe so much to Sanjan and therefore, we remember it with so much fondness and gratitude. Thank you, Sanjan. Thank you, India!