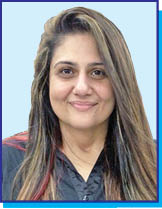 If there’s one crucial lesson about life that has been amply stamped onto our souls over the past three years, it’s that life is short and unpredictable. Sometimes, there are no second chances to do those things you should have, or to say those words which so needed to be said… and heard. There is nothing that scars the spirit more than a regret that cannot be redeemed or a mistake that cannot be corrected. Putting off those seemingly ‘small things’ for later can sometimes end up inflating into becoming the biggest weight you carry around for a long, long time… because the moment has simply passed and it’s too late now to go back and do what needed to be done then.

There’s only one right time to do those things that we unintentionally de-prioritize – it’s in the HERE AND NOW. It could be as simple as saying thanks to your mum for cooking your favourite dish or giving just a 10-second hug to your grandpa or making a call to a long lost friend… or then, maybe getting down to finally writing out your will or starting that health regimen you’ve been meaning to start since the year started!

The year-end is usually when many of us reflect over the things that happened, but more importantly, over the things that haven’t. And instead of pushing these even further to merge with that ‘New Year Resolutions’ list – the most part of which fizzles off by the time we hit the first week of February – let’s just get down to getting things done… NOW – in the ‘present tense’… because, like they say, if you don’t do it in the ‘present’, you’ll end up with good reason to get ‘tense’! Think about it!