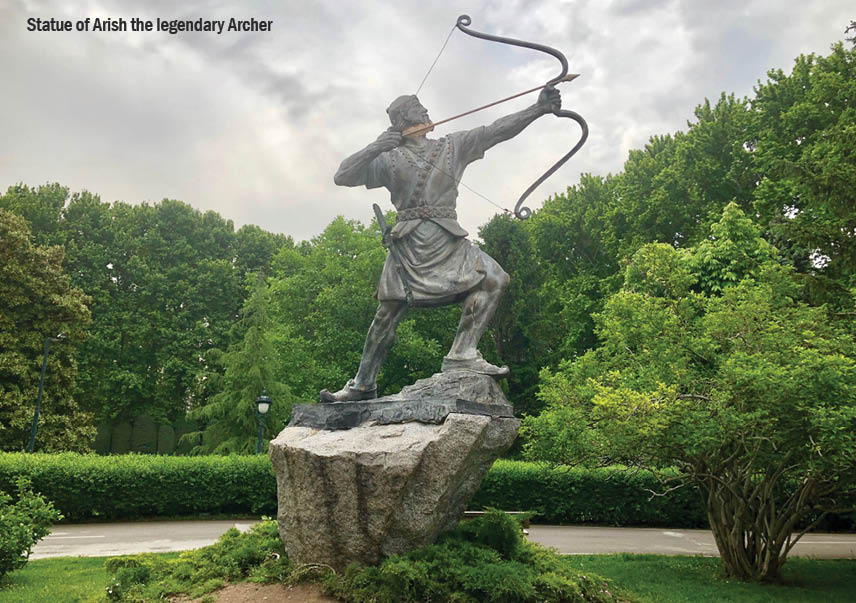 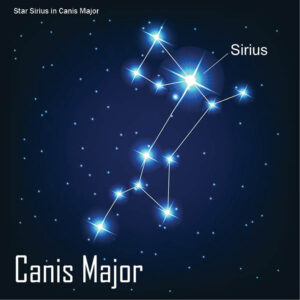 On 26th November, 2022, Roj Tir coincides with Mah Tir as per the Shahenshahi calendar, marking the Parab or festival of Tiragan, one of the three most widely celebrated seasonal festivals of ancient Iran, mentioned even in the Jewish Talmud.

While Navruz (Mah Fravardin, Roj Hormuzd) celebrates renewed life and the warmth of spring after the cold winter season and Meherangan (Mah Meher, Roj Meher) commemorates harvest during autumn, Tirangan (Mah Tir, Roj Tir) welcomes the heat of summer and life-giving rain. However, since the Shahenshahi calendar has, since centuries after the arrival of the Parsis in India, gone out of sync with the Fasal or seasons, Tirangan in the Northern hemisphere now falls in early winter, instead of summer.

Tir Presides Over Sirius: Tir, or Testar (Avestan Tishtrya), is the divinity presiding over the Star Sirius or the Dog Star – the brightest star visible from earth in the night sky. Sirius is colloquially called the ‘Dog Star’, on account of its prominence in the constellation of Canis Major or Big Dog. Most ancient civilizations viewed Sirius as the earth’s second or spiritual sun.

Likewise, ancient Egyptians observed that in the month of July, with the heliacal rising of the Star Sirius (Heliacal rising means the first night that a star is seen in the eastern horizon, just before dawn) the Nile generally started to flood and bring fertility to the land. Thus, the flood and the rising of Sirius also marked the ancient Egyptian New Year. The ancient Greeks also observed that the appearance of Sirius or the Dog Star heralded the hot and humid summer season causing plants to wilt and men to tire. The season following the star’s appearance came to be known as the ‘Dog Days of Summer’ – an expression still in use.

Legend Of The Arrow (Tir): Tiragan is mainly associated with the legend of the arrow (Tir), which is briefly alluded to in the Tir Yasht: “We honor the bright, khwarrah (glory) endowed star Tishtrya who flies as swiftly to the Vouru-kasha Sea as the supernatural arrow which the archer Erexsha, the best archer of the Iranians, shot from Mount Airyo-xshutha to Mount Xwanwant. For Ahura Mazda gave him assistance; so, did the waters …”

The legend of Erexsha (modern Eruchsha) or Pahlavi Arish Shivatir i.e., Arish of the swift arrow is also referred to in other texts like Firdausi’s Shahnameh (Book of Kings) and Mirkond’s History of the Early Kings of Persia, translated by David Shea. As per later texts, Erekhsha or ‘Arish Of The Swift Arrow’ was the best archer in the Iranian army. When Shah Minochihr and Afrasyab of pre-historic Iran decided to make peace, and fix the boundaries between Iran and Turan, it was agreed that Arish would ascend Mount Damavand in Northern Iran, and fire an arrow from the peak, towards the east and the place in which the arrow would land would form the boundary between the two kingdoms.

Arish thereupon ascended the mountain, and discharged an arrow, the flight of which continued from the dawn of day until noon, when it fell on the banks of the Jihun (the Oxus or Amu Darya in Central Asia, in modern times, the border around Tajikistan and Afghanistan). The day was Tir Roj of Tir Mah. Thus, the festival of Tirangan also celebrates the spirit of peace and freedom.

Harbinger Of Rain: In the Zoroastrian religious texts, Testar-Tir is venerated as radiant, glorious and invoked in order to bring rain, enhance harvest and keep the demon of draught at bay. Little wonder that it was originally meant to be a rain or monsoon festival and still celebrated according to the Fasal or seasonal calendar in the month of July.

The Persian Rivayat (essentially correspondence between the Zoroastrian Priests of Navsari in India and the Zoroastrian priests of Yazd in Iran) speaks of a great draught in Iran as a result of the conflict between Iranians and Turanians. Shah Faridoon had segregated Iran and Turan under a covenant. However, the Turanians under Afrasiab breached the covenant. According to legend, when Afrasiab and the Turanians left Iran it took all of them ten days to reach Turan. The tenth day was Roj Govad (dedicated to the good wind) and it rained heavily on that day and ended eight years of draught and ushered peace and prosperity for both Iran and Turan.

How Tirangan Was Celebrated In Iran: Late Professor Dr. Mary Boyce, in her book, ‘Persian Stronghold of Zoroastrianism’, refers to the custom among Yazd Zoroastrians tying rainbow-colored bands on their wrists on Tirangan, wearing them for ten days and then casting them in a stream. These colourful bands were worn as good-luck charms and during this period children found great joy in swimming or splashing around in the local village streams.

Invoke Tir For Prosperity And Happiness: In the Tir Yasht, we invoke Tishtrya as “Provider of rain, helpful and health giving”. In fact, Tishtrya yazata affirms in the same litany, “If men would worship me with the yasna in which my own name is invoked, then I would render the world prosperous and fertile by showering rain”.

The Tir Yasht also records the victory of Tishtrya over Apaosha, the demon of drought and ensuring happiness not just for people but all vegetation and animals.