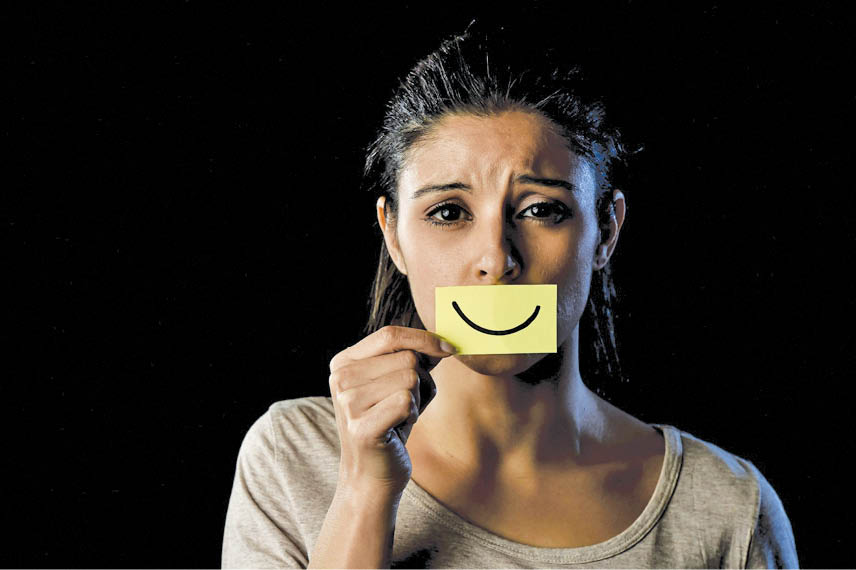 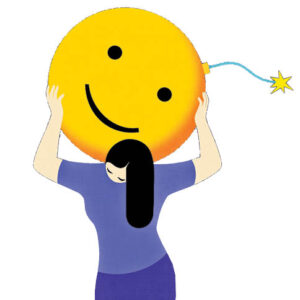 Toxic positivity is the belief that no matter how dire or difficult a situation is, people should maintain a positive mindset. It’s a ‘good vibes only’ approach to life. And while there are benefits to being an optimist and engaging in positive thinking, toxic positivity instead rejects difficult emotions in favor of a cheerful, often falsely positive, facade.

Toxic Positivity can take a wide variety of forms. For eg., when something bad happens, people tell you to ‘just stay positive’ or ‘look at the brighter side’. While such comments are often meant to be sympathetic, they can also lead to you shutting down what you need to express about your experience. After having to go through a loss, some people try to console with, “Everything happens for a reason.” Though they think they are comforting you, it’s also a way of avoiding someone else’s pain. When you express disappointment or sadness, you’re told, “Happiness is a choice.” This suggests that if you are feeling negative emotions, then it’s your own choice and your own fault for not ‘choosing’ to be happy!

While these statements are often well-intentioned, they are often more harmful. Why? Toxic positivity can actually harm people who are going through difficult times. Rather than being able to share authentic human emotions and gain unconditional support, people find their feelings dismissed, ignored or outright invalidated. When someone is suffering, they need to know that their emotions are valid, but that they can find relief and love in their friends and family.

But toxic positivity tells people that the emotions they are feeling are wrong, thereby invoking a sense of shame in the person. It causes guilt and it avoids authentic human emotion. Toxic positivity functions as an avoidance mechanism. When other people engage in this type of behavior, it allows them to avoid emotional situations that might make them feel uncomfortable. But sometimes we turn these same ideas on ourselves, internalizing these toxic ideas. When we feel difficult emotions, we then discount, dismiss, and deny them. Toxic positivity becomes a means which enables us to avoid feeling things that might be painful, but it also denies us the ability to face challenging feelings that can ultimately lead to growth and deeper insight.

How To Recognize Toxic Positivity?

In the game of basketball, the harder you tap the ball, the faster it bounces back. Similarly, the more you avoid negative thoughts, the more they’re likely to grow and take over your headspace. Therefore, it’s important to not keep tapping or avoid confronting / embracing how you feel. It’s crucial to validate how you and others really are feeling.

To stop yourself from perpetuating toxic positivity, acknowledge that others may not cope the same way you do; this doesn’t make them wrong. While some nudges and suggestions can be helpful, just being supportive and listening can mean more than giving advice. You don’t have to run away from helping – it is important to take a more holistic approach and not avoid emotions in the process.

Here are a few helpful tips for you:

…When facing a stressful situation, it’s normal to feel stressed, worried, or even fearful. Here, it’s crucial that you become realistic about your feelings – don’t expect too much from yourself. Focus on self-care; take steps that help improve your situation.

…Remind yourself – it’s ok to feel multiple emotions at a time.

…Give yourself permission to feel your feelings. Instead of trying to avoid difficult emotions, allow yourself to feel them.

…Focus on listening to others and showing support. When someone expresses a difficult emotion, don’t shut them down with toxic platitudes. Instead, let them know that what they are feeling is normal and that you are there to listen.

…Notice how you feel – following ‘positive’ social media accounts can sometimes serve as a source of inspiration but pay attention to how you feel after you view and interact with such content. If you are left with a sense of shame or guilt after seeing ‘uplifting’ posts, it might be due to toxic positivity. In such cases, consider limiting your social media consumption.

…Asking how you can help or how you can be there is usually a better response than telling someone that it’ll all be fine. It’s alright to have your own personal boundaries and to say NO when you are unable to offer support.