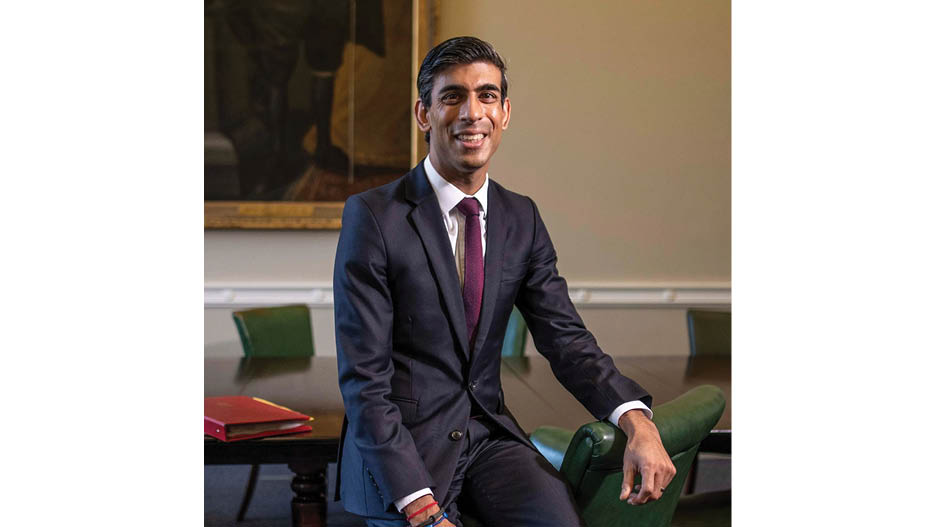 As Conservative Party leader, Rishi Sunak, a proud Indian origin Hindu, begins his tenure as the Prime Minister of UK, there’s much speculation in both nations about how relations between these two nations, with such a colorful history, will evolve. 42-year-old Rishi Sunak has a lot of firsts to his credit as United Kingdom’s new PM. Rishi Sunak is the first person of Indian origin, the first person of colour and the youngest British PM in 200 years. He is the 57th Prime Minister of the UK and has already received both – bouquets and brickbats in equal measure, in his short tenure yet!

Time will prove what Sunak has to offer. Nonetheless, in India as also in Pakistan, this was an incredibly proud moment. Many believe that Sunak might be good for India but will his foreign policy keep Indian interests in mind? For Rishi Sunak, Britain’s interests would be paramount, as it should be. In fact, Liz Truss, his predecessor, was considered more pro-India than Sunak. It was Truss as foreign secretary under Boris Johnson’s government, that visited India more than any of her other cabinet colleagues. She imparted a strong thrust to trade, marked by the Free Trade Agreement (FTA) negotiations between the countries, expected to conclude by the end of this year. Truss had camped for a mutually beneficial, balanced deal with both, economic and strategic significance.

With Rishi Sunak as Prime minister, ties with India will continue to see momentum, but his choice of cabinet appointments clearly demonstrates that relations with India will not supersede what he believes is in the country’s interest. His Indian origins have been a topic of contemplation, debate and many may view his every move in the context of these two nations.

Rishi Sunak, many believe, is the Karma served with interest to the British. A brown man with origins in the country that the British colonized and abused for 200 years! It’s a known fact that former PM Winston Churchill had deep-rooted abhorrence and complete disregard for India, Indians and especially Hindus. He called Indians beastly people, with a beastly religion not fit to rule. Though Sunak is neither born nor brought up in India, his roots are very much Indian. He is a practicing Hindu, and frankly never misses a chance to show that. His genes and his DNA is Indian. A Hindu man living in 10 Downing Street, lighting diyas and celebrating Diwali would have been Churchill’s worst nightmare. But, for Indians worldwide, with Kamala Harris and now Rishi Sunak, history has been created… one which Indians take great pride in!

Rishi Sunak, former Chancellor of the Exchequer, became PM after winning the ruling Conservative Party’s leadership contest, which was triggered by the resignation of Liz Truss. Also, important to remember, is that he won the role upon his sole competitor – Penny Mordaunt, dropping out of the race moments before votes from the MPs were due. Hence, his appointment as PM is not the result of a general election or a mandate from the people of England.

The new PM’s task is never easy but Rishi Sunak journey ahead is going to be tough. The racial and cultural diversity with which the PM is viewed, could make policy decision-making that much more challenging. From the Indian Perspective, Sunak’s appointment of Indian-origin Conservative Party MP Suella Braverman as Home Secretary in his cabinet could prove to be an irritant especially for New Delhi. She had early stated that she feared a trade deal with India would increase migration to the UK, when Indians already represent the largest group of visa overstayers. On the other hand, the re-appointment of James Cleverly as Foreign Secretary, could serve India well, as he has in the past expressed a desire to have an even stronger trading relationship with India. He has expressed to his Indian counterpart – S Jaishankar, emphasizing the importance Britain attaches to Indian ties.

A Free Trade Agreement (FTA) between India and the UK is expected to enhance economic growth and prosperity by increasing import and export flows, increasing investments flows, enhancing productivity through a more efficient allocation of resources and greater openness to international competition. UK is keen to gain access to Indian markets for transport equipment, electrical equipment, medical devices, chemicals, motor vehicles and parts, wines, Scotch and spirits, as well as fruits and vegetables. This could impact local players or boost the manufacturing ecosystem. India wants to increase exports of textiles, food and beverages, pharmaceuticals, tobacco, leather and footwear, and agricultural items like rice to the UK. Under the FTA, both sides aim at expanding digital cooperation and services. But for now, they are yet to find common ground on many major economic issues.

As the PM, Sunak had avowed to get Britain through and out of the ‘difficult times’ of inflation and to build a better, and safer Britain. When asked about bilateral ties between India and the UK, Sunak said, “We know the UK-India relationship is important. We represent the living bridge between our two countries.” He wants to open up easy access to UK students and companies in India. He highlights the need to look at the relationship differently and states that there is a lot that people in the UK can learn from India. His PM-ship has received much cheer from Indian media and political leaders. But what does Sunak’s appointment really mean for India is yet to be seen. As they say, only time will tell…