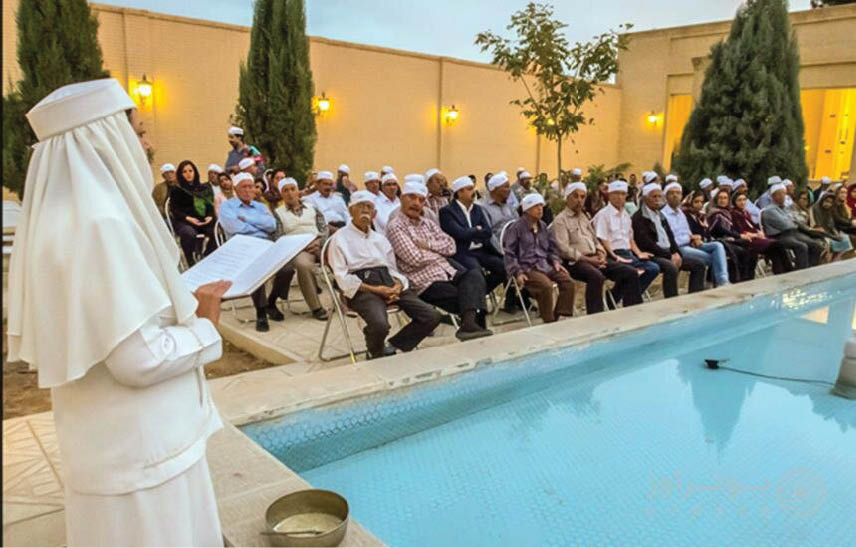 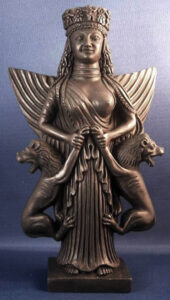 Jashan-e Abanegan or simply Abanegan is an ancient Iranian festival held to commemorate water as nature’s most precious treasure, and pay tribute to Anahita, the deity assigned to water, fertility and prosperity. In ancient Iran, water – the element of life, was considered very sacred and the people believed they should never pollute water – in fact, this was considered a crime!

Celebrated on the day of Aban, which usually occurs around October 26th as per the special calendar used by Iranian Zoroastrians, Abanegan was widely considered a festival of gratitude and reflection, giving offerings to all the water sources including streams, lakes, ponds, rivers and oceans. It was celebrated by Zoroastrian communities in both – Pre-Islamic and Pahlavi times – as a commemoration of the life-giving and Mazda-blessed waters, with an emphasis on visiting shrines and temples dedicated to Anahita and the Abans.

Most of the shrines surrounding tales of Sassanid princesses, saved by the grounds of the shrines, are likely to have been shrines to Anahita in pre-Islamic times. Records of Abanegan’s celebration were noted by ancient and medieval authors as having occurred in pre and post-Islamic times, in not just core Iranian lands but also in Yemen, Egypt, China, India and other countries.

Anahita was believed to manifest in the spiritual realm as the source of all waters from the top of the holy mountain of Hara Berezaiti (connected to the Alborz Mountains of modern-day Iran). From here, water and wisdom would flow, which would flourish both – the soil and the mind – towards virtuousness and prosperity.

Legends of the Shahnameh, the Iranian poetic epic that consists mostly of Zoroastrian tales reinterpreted after the Islamic conquest of Persia, by poet Ferdowsi, were also incorporated into the stories surrounding the festival. Such stories include that Shah Zav, the son of Shah Tahmurasp, instituted the celebration of his ascension to the throne during which great works were conducted regarding water-related infrastructure. The festive celebrations in these times also included the inauguration of such projects on both – a community and imperial scale. Another story about Abanegan relates to a drought in Iran for eight years, where many lives were claimed in the famine.

Abanegan is still celebrated not just in Iran and other Iranian-adjacent countries, but also internationally, wherever the Iranian diaspora and Zoroastrians reside. On this day, Zoroastrian clergy traditionally organize Jashans, celebrate thanksgiving, and provide prayers and blessings to the laypeople. Believers still head out to the waters to offer thanks, gifts, and prayers to the waters, including the recitation of the Aban Yasht and the Aban Niyayesh, both dedicated to the Abans and Anahita.

Abangan was usually celebrated on the 10th day of Aban in the old calendars, but with the change of days in the new calendars, sometimes this celebration is held on the 4th day of Aban. In some communities, women are celebrated alongside the Abans as being divinely connected to the life-giving and Mazda-blessed waters, and sometimes women lead the festivities and rituals, especially in their households. It may not have the same pomp and ceremony as many of the other Zoroastrian festivals, but it is nonetheless still devotedly celebrated by Zoroastrians worldwide.

Many Zoroastrians may see Abanegan as a festival to not just honor how important the waters are to our very survival and development as individuals and communities but also as a warning of the continuing degradation, pollution, and utter disregard of what may be one of the most important substances of human existence, spiritual or otherwise.