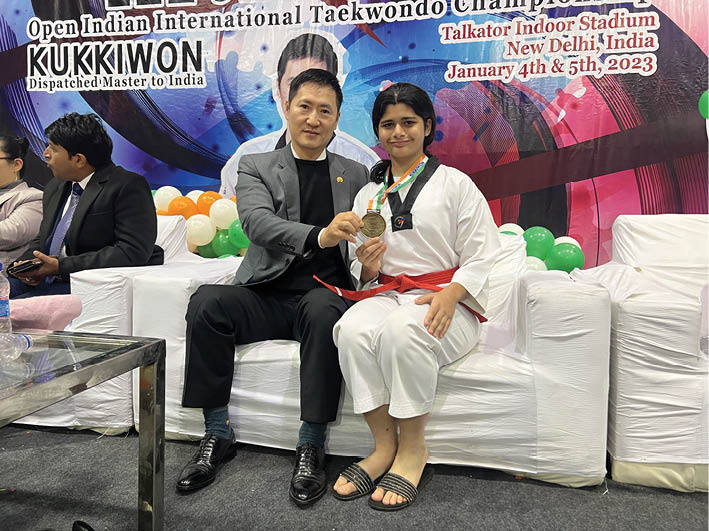 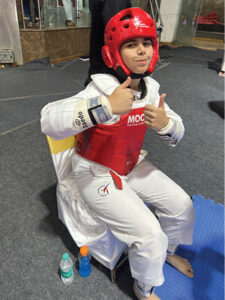 14-year-old Shanaya, who is a student of Jamnabai Narsee School studying in class IX, won a Gold medal each in Kyorugi (fight) and Gyeokpa (Board-breaking) category and a Silver in Poomsae (sequence of moves). She was greatly praised for her winning performance by Korean Grand Master – Lee Jeong Hee, the Kukkiwon dispatched Grand Master to India.

Shanaya enjoys listening to music, sports, calligraphy and dance. When asked about her philosophy of life, she firmly believes in the saying, “Success is not final, failure is not fatal; It is the courage to continue that counts.”

Many congratulations to her on her excellent performance and we wish her the very best for many more achievements!