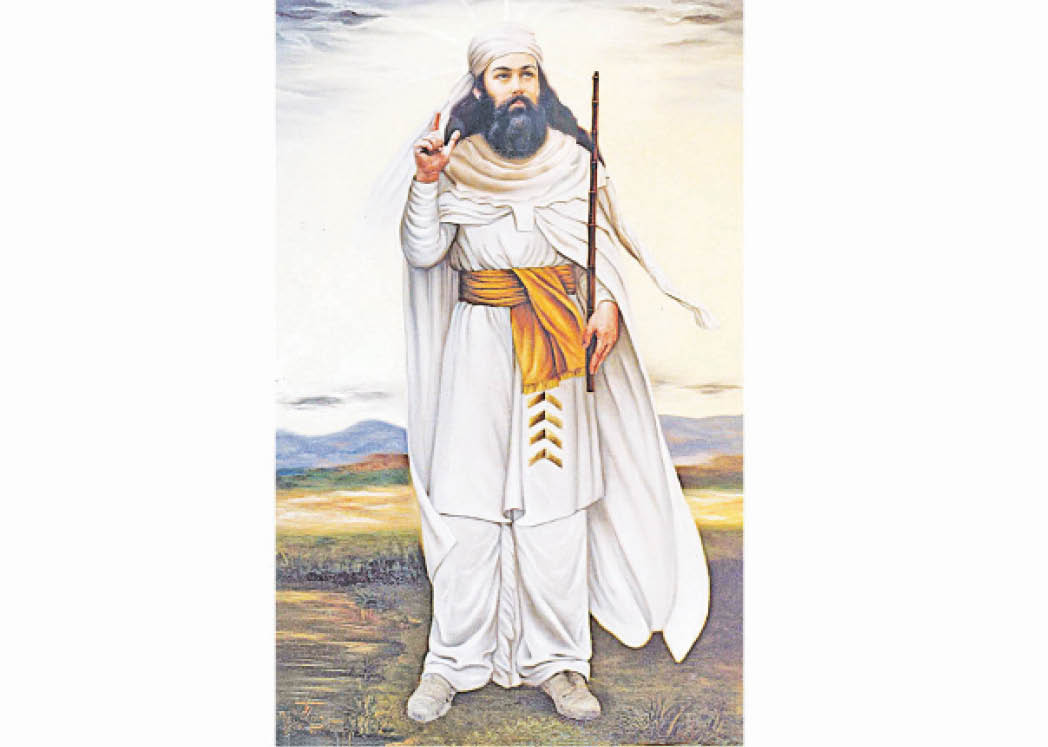 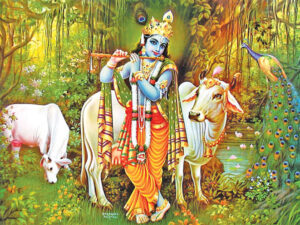 The Bhagvad Geeta begins with the words “Yadaa Yadaa,” meaning ‘whenever’. Whenever what? Whenever humanity sinks into the depths of darkness and experiences the ‘dark night of the soul’! So what happens next? In every age, whenever there’s unbearable suffering, a prophet appears to rescue humanity from darkness and lead it into the light. What is the role of the prophet – any prophet?

When one thinks of a religion, any religion, the uppermost question in one’s mind is, “Who was the founder and from where did He come?” What was His message?” If you gaze up into the sky at night, you’ll see that there are other planets besides ours and since ours is inhabited, there’s no reason to believe that others are not. In fact, according to occult literature, planets closer to the Sun have beings far more evolved than us, and distant planets have less evolved beings. Hence, there is reason to believe that humans are not as spiritually evolved as they imagine themselves to be.

The ‘intelligence’ on these planets comprises entities possessing greater power and understanding due to which they can communicate with other parts of the universe and access the precise spiritual condition of those parts. They may even feel a great sense of compassion for spiritually backward planets and offer themselves to be used as instruments of help to less-evolved parts of the universe.

During primitive times when history was not recorded, the Paleolithic man depended on nature for food and shelter. He believed the sky, sun, moon, earth, rivers and trees were presided over by an invisible intelligence. He offered adoration, homage, even sacrifice, in return for nature’s bounties. However, the kingdom of nature’s bounty was not absolute. Stricken by natural calamities like volcanoes, earthquakes and storms and affected by disease and pestilence, man soon learnt to bow to the powers of nature, giving rise to savage rituals and senseless sacrifices, to appease its darker side. This culminated in devil-worship and black-magic before the final destruction of great civilizations and cultures like Sodom, Atlantis, Lemuria, Babylon, Mu, Sumerian and Egyptian empires.

Ancient Iran was also in the gloom of black-magic and evil beliefs thousands of years ago, when Saoshyants were sent as benefactors to restore religion to its pristine purity. Amongst them were Gayomard, Hoshang, Faridoon, Temursp and Jamsheed – all known in Avestan literature as ‘Paoriyo-Tkaeshas’ or the first leaders. However, in the days of King Gustasp of the Kayanian Dynasty, Mazdayasni religion was seriously challenged by the powers of evil. A prophet was therefore required to appear at that point in history. He did appear with the creed of Ashoi or Pristine Purity which has survived till today, with at least a few of its distinctive features preserved practically intact. The prophet was Zarathushtra, descendant of Spitama.

Prophets have a divine mysterious mode of birth when they arrive on the physical plane, unlike ordinary humans. Prophets come from the supra-human plane, from a higher stage of evolution and voluntarily incarnate as humans to help humanity. They come from a plane where high-intelligences are nearer to truth, purity, dignity and beauty. For prophets to incarnate on Earth is a form of self-sacrifice which means that they step down into a lower vibrational-field in every way – physically, mentally and spiritually. No prophet can incarnate as a human-baby without the suffering of learning to operate his consciousness, gradually through infancy to maturity.

So, why do these divine souls come as prophets? To give a message, required by a certain group of people at a certain point in history – eg: Christ gave the message of love and forgiveness; Islam taught brotherhood; Krishna’s message was also Love and Zarathushtra’s message was Purity or Ashoi. A prophet’s doctrine spreads even after his death although prophets stand in a particular geographical dimension. When Zarathushtra preached, he influenced the entire Persian Empire because his Ashoi is the highest spiritual truth. Hence, what our Prophet did cannot be measured either in his own time or later times or even today because it lives inside the heart of every follower, forever! ASHOI is profound, it is priceless. We know it as the voice of conscience!

The pages of all our religious-scriptures are inspired by purity which transcends all philosophy. Purity is lustrous and self-illuminating, like fire, which is its outward physical manifestation. ASHOI is like Vedic Moksh-Mantra of Aum. It is the beginning and the end (the alpha and the omega) of all spiritual thought. Purity is the first and last word which leaves nothing more to say. ASHOI comprises every good thought, word and deed, caught and pinned down in a crisp, compressed and compact word which can become the Maha-Mantra of ultimate salvation, if applied to everything in our day-to-day living.

The coming of Zarthushtra, who gifted us ASHOI, was a benediction to the whole world. He inspired all humanity, teaching us the deepest secrets of life which can lead us to the divine path if only we can follow it as a conscious day to day decision in all that we do.

There’s nothing wrong in enjoying life or seeking material well-being, but these should be in moderation – they should not totally absorb us because these are superficial aspects of our lives. The real purpose of life is Spiritual Evolution for which, from time to time, a higher soul is sent to Earth. We call him a Prophet and He appears, in ‘Divine order’, from time to time, whenever humanity needs spiritual guidance.