Panga, the film, serves to highlight a few things – a family soars and thrives when duties are shared, there is no age limit for pursuing one’s dreams, and on a more pragmatic note – Indian Railways are the main job providers for state and national level sportspersons. Jaya Nigam (Kangana Ranaut) had been the […] 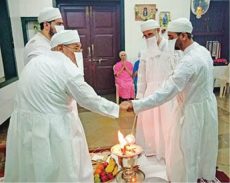 Nestled amongst the bylanes of Dhobhi Talao lies the 176-year-old Avabai Ardeshir Kharshetji Wadia Agiary, commonly known as Indawalla Agiary. Despite having the hallowed Anjuman and Wadiaji Atashbehrams as its neighbours, Indawalla Agiary manages to attract its faithful band of devotees, especially on Daepadar Roj, when Er. Darayesh Katrak delivers his discourse, preceded by a […]

Early deaths of Hollywood legends (the legend status conferred posthumously at times) has always held the industry and its fans in awe. Marilyn Monroe, James Dean, Elvis Presley are just three names that come to mind. Add to that, actress-singer Judy Garland, who died 12 days after her 47th birthday, in 1969. The talented Renee Zellweger […]

“You’re guilty from the moment you’re born”, is the common refrain of African Americans, especially in the state of Alabama, where racism still persists to a horrifying degree, and where  ‘Just Mercy’ is centered. Based on a true story, and adapted from noted civil rights lawyer Bryan Stevenson’s memoirs ‘Just Mercy: A Story of Justice […]

The film, which depicts the happenings over a 24-hour period on 6th April, 1917, during WW1 (and hence the title) could well have been called ‘Race Against Time’. Co-written by director Sam Mendes, and based on a story narrated to him by his grandfather, Alfred Mendes, the film unfolds with Lance Corporal Tom Blake (Dean-Charles […]

Bollywood certainly knows how to time its releases. Barely a couple of months after the political wrangling in the state subsided, comes an epic involving the greatest Maratha warrior – Chhatrapati Shivaji Maharaj. But then this film is not so much about him as it’s about his trusted lieutenant Tanhaji Malusare, played by Ajay Devgn. […]

Somewhere in Jharkhand, in a small town called Karnalganj, is a small-time politician-cum-goon (isn’t this species omnipresent in those areas?) Baba Bhandari (Akshaye Khanna), who’s perennially shadowed by two cronies and whose supplementary means of income is from kidnapping potential grooms for girls whose parents can’t afford the dowry, which runs into lakhs. The local […] 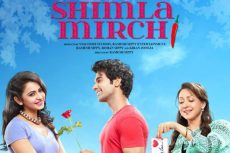 Shimla mirchi, the Indian capsicum, is not supposed to be spicy – not even pungent. Ramesh Sippy’s film by the same name, released after more than five years of completion, stays true to the meaning! Avinash (Rajkummar Rao) is on a holiday with his family (all women!) to picturesque Shimla where his eyes dwell on […]

The fourth in the series, and based on ‘Ju-On: The Grudge’ by Takashi Shimuzu, this one travels from Tokyo to Pennsylvania – a family experiencing something sinister in their lives when in Japan has no respite even when relocating to the US. Detective Muldoon (Andrea Riseborough) is deputed to solve a case. She realises that […]

Well, the good news, er – newwz, is that 2019 ends with one of the best comedies in recent times – and with performances to match! Varun and Deepti Batra (Akshay Kumar and Kareena Kapoor Khan) are a high-flying couple – childless despite seven years of marriage. As a result of frequent taunts from relatives […]