Learning From ‘The Lion King’ Today, I feel like sharing a story with you. I am a big fan of Disney’s runaway hit, ‘The Lion King’. For the unfamiliar, the story goes thus….. Simba, the lion cub, idolizes his father, King Mufasa. But not everyone in the kingdom celebrates the new cub Simba’s arrival. Scar, Mufasa’s […]

As a tribute on the centenary birth anniversary (January 16, 2020), of one of India’s foremost economists and jurists – Nanabhoy or ‘Nani’ Ardeshir Palkhivala, Chennai’s Dummies Drama troupe inaugurated its new two-hour play, ‘Dharaniyin Perumai’ – meaning ‘The pride of the world’ – a docu-drama of Nani Palkhivala, staged at Mylapore Fine Arts, […]

Pakistan-based Tushna Patel, Pakistan’s very first Woman Rally Driver, won first place in the 7th Hub Car Rally by Toyota High way Motors, held at Max Dirt Arena in Hub (an hour’s drive from Karachi), on the 18th and 19th of January, 2020. Veteran racers from across the country participate in the Rally comprising a 20 […] 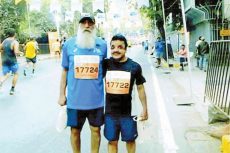 69-year-old Er. Jehangirji Mobedji, who has served for over 50 years as Panthaky of Dadysett Agiary (Fountain) – and his son, Yazad – have been regular participants at the Tata Bombay Marathon. The father-son duo completed the 2020 edition of the marathon, in four hours, reiterating their steely determination towards the sport. While Jehangirji participated […] 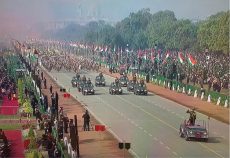 Major General Cyrus Pithawala (Retd) leading the Veterans for the third consecutive year in our Republic Day Parade 2020. He resides in Deolali.

Born in Sri-Lanka, raised in Mumbai and based in Melbourne, psychotherapist Dr. Sabar Rustomjee was felicitated with the prestigious Medal of the Order of Australia or AM, celebrating a glorious fifty-year career dedicated to redefining possibilities and improving lives, on Australia Day, 26th January, 2020. The award is the highest recognition bestowed on citizens for […]

As January 27, 2020 marked the 134th birth anniversary of Jamshed Nusserwanjee (1886-1952), a Pakistan-based philanthropist and the first elected mayor of Karachi, the Karachi Theosophical Society organised a gathering at the auditorium of the Jamshed Memorial Hall to pay tribute to Nusserwanjee and discuss his various achievements as a mayor, philanthropist and architect whose […] 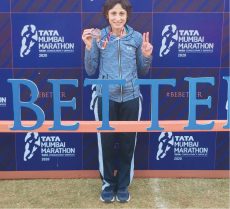 Once again, veteran marathoner and sprinter, Khurshid Mistry, reigned supreme, winning the second spot in the Tata Mumbai Marathon 2020, running 21 kms under her age category. Working as Vice President with UTI Mutual Fund, Khurshid is known for her innumerable achievements in marathon running and even secured an entry in the Guinness World Records […]

A tribute was paid to Rustomji Nusserwanji Dangore, who governed as the Pramukh of the Anjar tehsil or municipality in Kutch, with the unveiling of his statue, on Republic Day, 26th January, 2020. During his seventeen-year tenure starting from 1966, Rustomji Dangore is credited with having set the groundwork for introducing and developing numerous public […]