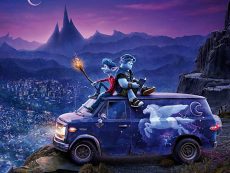 Not all fantasy and animation films fall within the realm of mere fun and adventure. Some have elements of tenderness and sympathy woven into the script. Add a dash of oblique brotherly love, and ‘Onward’, directed and co-written by Dan Scanlon, is one such film. Ian Lightfoot (voiced by Tom Holland) is an introverted teenager […]