Our last (second) update was shared on June 6, 2020 (in Parsi Times) with donors, well-wishers and community members to apprise them of efforts undertaken by WZO Trusts to extend support to poor Zoroastrians affected financially due to the Covid-19 Pandemic.  WZO Trust Funds shares the details of the third Update, as of 31st July, […]

Heroes get remembered, but legends never die… dear Scylla donned her ethereal robes on 17th March, 2020 to progress to the higher realms, where she will for eternity be held in Divine Embrace. It was 30 years ago in 1990, that Bachi and I were blessed to have met Scylla for the very first time, […] 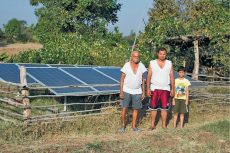 In 1987, Dr. Cashmera P Bhaya conducted a sample (not census) socio-economic survey of poor Zoroastrians residing in the villages of South Gujarat. She identified 687 Zoroastrian families from 209 villages living in miserable conditions, many of them way below the poverty line, which in those days was pegged at an annual family income of […]

Over 3,000 Community Members Attend Over 3 Days! The three-day extravaganza saw a huge turnout of people not only from India but from all over the world having a gala time – including celebrities and luminaries from our community, leading businessmen, BPP Trustees including Kersi Randeria, Noshir Dadrawala, Xerxes Dastur and Viraf Mehta. The young […] 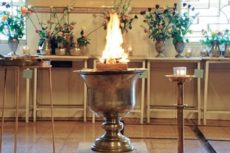 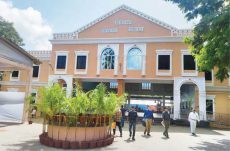 On 15th January, 2019, during the weekly meeting held by the BPP (Bombay Parsi Punchayet) Trustees, four of the Trustees voted to file a ‘No Confidence Motion’ challenging the leadership of BPP Chairman Yazdi Desai. Trustee Noshir Dadrawala moved the vote, which was seconded by Trustee Viraf Mehta and supported by Trustees Armaity Tirandaz and […]

In the past few months, numerous members of our community have time and again sent in letters and queries to Parsi Times, directed towards various aspects of the BPP (Bombay Parsi Panchayet) – with regard to actions taken and yet to be taken, policies and other grievances and inquiries. Due to the lack of direct […]