On 2nd January, 2020, Tata Sons moved the Supreme Court against the 18th December, 2019, order of the National Company Law Appellate Tribunal (NCLAT), which had reinstated Cyrus Mistry as Executive Chairman of Tata Sons and had ruled that the appointment of N Chandrasekaran as Head of the holding company of the salt-to-software conglomerate was illegal. Mistry was reappointed […] 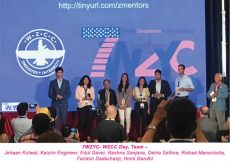 One of WZCC’s major priorities is to partner with other organizations to add value with resulting synergy. The WZCC Youth Wing requested a platform at the 7th World Zoroastrian Youth Congress and were given an entire day to present an interesting youth-oriented program. WZCC Youth Director, Jehaan Kotwal along with Rashna Sanjana formed a LA WZCC […] 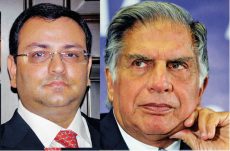 Though the Ratan Tata – Cyrus Mistry conflict seems to have taken a backseat due to ongoing national and global events, the dispute continues to intensify, threatening to prolong the mayhem within the nearly USD 100 billion Tata empire that produces amenities ranging from table salt to Jaguar sports cars! The internal discord has also […]

Even as the face-off between the ousted Cyrus Mistry and the Tata Group continues, investors have lost over USD 12 billion (Rs.80,400 Crores) since 24th October, 2016, when Ratan Tata reclaimed control as the Interim Chairman of the Tata Group. The following are the latest updates: Tata Sons Seeks Nusli Wadia’s Ouster For Supporting Cyrus […]