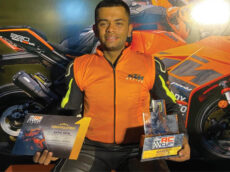 Due to an erroneous Deregistration Order, the Godrej Baug Residents Welfare Association (GBRWA) has been vilified through circulars and misinformation campaign as a deregistered and defunct Association. Through this period, GBRWA maintained a dignified silence as the matter remained sub-judice. However, the Association had taken a stand that the Deregistration Order was legally flawed and […] 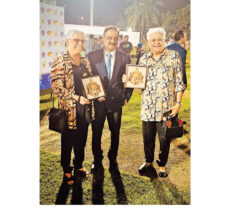 On 8th January, 2023, Shri Vivek Phansalkar, IPS Commissioner of Police – Mumbai City, felicitated cricketing legends Diana Edulji and her sister, Behroze Edulji, with mementos during the prize distribution function of the Police Shield Tournament at the Police Gymkhana, in the presence of former and current cricketers and officials. 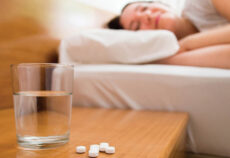 While there is no doubt in the fact that the food we use to fuel our bodies is what determines how healthy we are, there is another lifestyle factor which plays a crucial role in your health. It’s almost tied to nutrition – SLEEP – a factor that is unfortunately oft overlooked. This article is […]

In a discussion with Bachi and Dinshaw Tamboly, the late philanthropist Scylla Vatcha, put forth the idea for creating a senior citizens’ centre for community members who were mobile and able to look after themselves, but didn’t have a place to stay or a support network. The discussion culminated in Bai Maneckbai P.B. Jeejeebhoy Senior […]

Mental health is an important part of overall health and refers to a person’s emotional, psychological, and social well-being. It involves how we think, feel, act, and make choices. Mental health disorders can be short-term or long-term and can interfere with a person’s mood, behaviour, thinking, and ability to relate to others. Various studies have […] 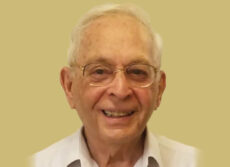 7th January, 2022, saw the passing of one of the community’s most loved, cherished and respected stalwarts – surgeon and gastroenterologist – Dr. Tehemton Erach Udwadia. Considered as the Father of Laparoscopic Surgery in India, Dr. Tehemton Udwadia, who was the recipient of the Padma Bhushan, passed away at the age of 88, after a […]

We are now in the holy month of Shehrevar (Avestan Khshathra vairya), which represents Ahura Mazda’s ‘desirable dominion’ and is the Amesha Spenta or Archangel presiding over metals and minerals. The Zoroastrian religion has influenced the three Semitic religions (Judaism, Christianity and Islam) in many ways and in particular, the concept of the ‘Kingdom of […]

Those who wish to spark an interest and pride in their children about Zarthoshti history are invited to participate with their kids in the ‘Enduring Faith’ event on 8th January, 2023. A session curated for youngsters from 7 to 20 years of age has been arranged in association with YZS (Young Zoroastrian Society) for cubs, […]