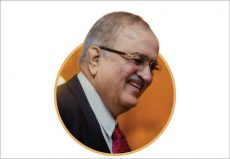 – Tribute By Kersi Randeria –  It has been my privilege and a joy to have had a colleague and a friend, in Zarir Bhathena – a true Parsi and a thorough gentleman.  At around 11:00 pm on Wednesday, the 24th of June, I received a call informing me that Zarir was no more. Even […]

On 20th June, 2020 the Federation of Zoroastrian Associations of North America (FEZANA) held its 33rd Annual General Meeting, marking the last AGM for outgoing President, Homi D. Gandhi, completed two fruitful terms as President, as he handed over the baton to Arzan Sam Wadia, who had been serving as the Vice President hitherto. He resigned […]

OPEN LETTER TO THE TRUSTEES OF THE BPP  By Arzan J. Ghadially Subject: Clarity Requested on the Increased Service Charges of Rs. 750 per month, since 2017. Combined Request To Public And Veterans, From All Ranks Of The Army By Cdre Medioma Bhada  This is our combined request to the public and the veterans alike […] 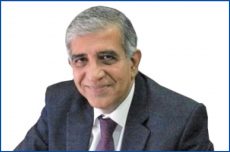 BPP Trustee Kersi Randeria Rubbishes False Claims By Phiroze Amroliwalla And Shares Facts . Over the last week, I have received a number of queries and requests from community members as regards the malicious and unfounded lies being spread about me, by a certain Phiroze Amroliwalla, in a Sunday-rag which surely qualifies as the torch […]

Born in 1938 in Kolkata (then Calcutta) to Homai and Rustam Saklat, Ketayun’s paternal grandparents lived in Kashmir, her father being the very first Parsi to be born there. He relocated to Calcutta in 1928 after his marriage working with Singer Sewing Machine Company. Ketayun’s mother, Homai, a homemaker, was a fabric-painter. Katayun schooled at The […] 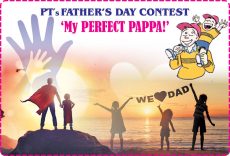 . WINNER: Dedicated to my DAD (Late Rohintan Nariman Patel ) By Jenifer Cyrus Shroff Our daddy big and strong, Never let us do anything wrong! Held our hand for a while until we grew taller, But our heart he beheld forever! Passion well tailed – classic British songs he would hum, Our hip-hop remixes […] 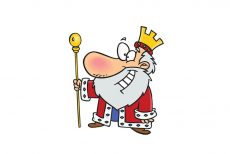 . It was Fali, who put it beautifully, “Aare lockdown khallas thai gayo!!” These words were the best sounding words in the last decade. Only other words that came close are, “Liverpool lead the E.P.L,” and “Katy’s left her husband.” But these last few words are highly personal. Ironically, Katy’s husband was a diehard Liverpool […]

– Pledges To Fight For Greater Boardroom Diversity – Parsi Times is delighted to share that our very own, Indian-born Lord Karan Bilimoria, the business tycoon and founder of the famous global brand – Cobra Beer, was elected as the very first ‘Black, Asian or Minority Ethnic’ (BAME) Head of the Confederation of British Industry […]

Ten monarchs ruled over Sasanian Iran within a short period of four years, from 628 to 632 CE, most of them falling victims to internecine strife. In 632 CE, the situation had become very grim. The institutions of kingship, nobility and clergy were shaken. Military generals, pretenders and usurpers took this opportunity and frequently assumed […]

n the pantheon of Zoroastrian divinities, Bahman Amshaspand ranks next to Ahura Mazda. Bahman is an Amshaspand or Amesha Spenta (variously translated as Bountiful Immortal or Arch Angel) and is doctrinally seen as the guardian of one of Ahura Mazda’s good creations, namely animals – particularly Goshpand like cow, goat, sheep, etc. It is for […]