With PM Narendra Modi’s led NDA government recently clearing the decks for the Surat Metro Train Project (SMTP), Surat is all set to get its own Metro Rail soon, marking Gujarat’s second metro rail project, after the recently launched Ahmedabad Metro. Implemented by the Gujarat Metro Rail Corporation (GMRC), the SMTP will be overseen by […] 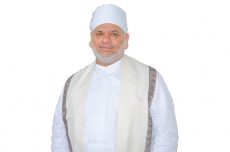 Pursuant to the decision given by Hon. Mumbai High Court in the ‘Metro’ case on 30th November 2018, a spate of misplaced malicious criticism and allegations have been made by some ill informed community members, castigating me for what they perceive to be an anti-community role played by me. The vile and vicious criticism levelled […] 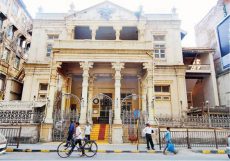 Yesterday, at 11:00am, in the hearing of the Atash Behram V/s MMRCL (Mumbai Metro Rail Corporation Limited) case, the High Court lifted the Stay – subject to a few measures – on the tunnelling related construction activity, which had posed a threat to the structural sanctity of two of our most integral places of worship […]

With court hearings taking place on a daily basis, Senior Counsel Navroze Seervai, who represents the petitioners, stated certain Case Laws (judgements on similar cases in the past) that protect the religious rights of minority communities. He raised objections to certain statements in Metro III’s affidavit that undermine the significance that our Holy Fire holds […]

The past couple of months has seen the Community divided yet again over the supposed ‘religiously intrusive nature’ of the Metro 3 alignment issue, routed Colaba-Bandra-Seepz, which passes under/close to the H B Wadia Atash Behram (on Princess Street) and the Anjuman Atash Behram (near Marine Lines Station) and could also affect the water table […]

After moving the High Court over lack of precautions and sensitivity shown on part of the Mumbai Metro Rail Corporation Limited (MMRCL) towards the JN Petit Institute, during the construction of the Metro III line, the court has now asked for a ‘Three Member Committee’ to be set up to consider the appeal. This Committee […]