The residents of Panthaki Baug organized a jasan at 10:30am on 16th February, 2018, in memory of the Founder of the Baug, Behramsha Panthak, who donated the lands on which Panthaki Baug stands today. The Jashan was performed by Er. Jimmy Dastur and Er. Eric Dastur, followed by a Humbandagi and distribution of chasni.

The Trustees of the Thana Agiary Fund (TAF) celebrated the 238th anniversary of Seth Cowasji Patell Agiary, Thane, on 21st February, 2018, with a Uziran Geh Maachi, followed by a Jasan at 5pm. Attended by over three hundred and fifty Zarthostis, the celebrations continued in the Agiary compound at 7pm, with a Humbandagi led by […]

Can I Workout When Aunt Flo Comes Visiting? Mystery surrounds that time of the month (period) for women and trainers alike. Let’s get straight to the answer: There is no restriction on doing resistance and cardio workouts training during the period. The same applies to stretching exercises. Conversely, practitioners of Yoga are advised to refrain […]

CRICKET South Africa Beats India To Level T20 Series 1-1: Great batting performances from the skipper, JP Duminy (64 not out) coupled with Heinrich Klaasen’s 69 helped the hosts win the second T20 by six wickets at SuperSport Park, Centurion. Batting first, the visitors notched up 188-4 in 20 overs thanks to a gritty effort […]

. Thou hast kindled the spark of mercy, O merciful God, in human hearts to succour Thy poor whom old age has disabled to work and chronic disease has rendered invalids. When charity, however, becomes indiscriminate in the hands of the tender-hearted people, who aimlessly dole out largess all around, it tends to encourage subsidized […] 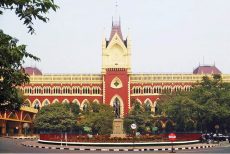 A division bench of Kolkata High Court requested a single judge bench to consider an application by The Federation of Parsi Zoroastrian Anjumans of India (FPZAI) to be included as a party or intervene in the proceedings of case filed by Kolkata resident, Prochy Mehta who moved the court praying for orders to allow her grandchildren, whose father […]