“Based on true stories”, claims the info during the opening credits, even as the film portrays the events during a single ‘search and seize’ raid in Lucknow in 1981. Amay Patnaik (Ajay Devgn) is an upright (both physically and morally) Deputy Commissioner of Income-tax — a couple of elaborately staged scenes during the opening frames […] 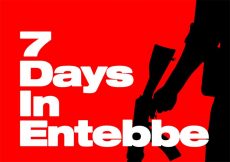 The political predicament in the Middle East has been at the forefront of humanity since the past several decades, exacerbated by the Munich Olympics massacre in 1972,  followed by the evacuation of hostages at Entebbe, Uganda on 4 July 1976. Within a year of the latter, three films were made on the Entebbe incident — […]

The World Zarathushti Chamber of Commerce – India (WZCCI) and WZO Trust Funds (WZOTF) have announced a joint plan to support and promote Parsi/Irani Zoroastrian entrepreneurs, professionals and start-ups by funding selected projects in India with interest-free loans. Only the principal amount would have to be returned, over a pre-determined period. WZCCI and WZOTF invite […]

.   Just when you think you’ve finally been able to catch up on simply reading about what he’s doing next and where next he’s going to be, he’s spotted in yet another continent, conducting yet another amazing wellness retreat or being awarded yet another global recognition! Meet Dr. Mickey Mehta – that is, if […]

The leading eye specialist of the nation who has won global accolades and stands out as one of the tallest feathers in our Community’s cap, the dynamic Dr. Cyres Mehta, is no stranger to progress. Like most self-motivated greats, he started his private practice in 2009 in a little 300 sq ft room near old […]