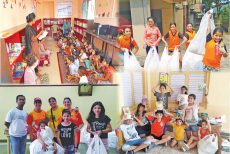 As a Social Service initiative, ‘Tehmurasp’s Titans’, a sub-group of the community’s leading organization for Zarthosti children – Xtremely Young Zoroastrians (XYZ), connected with Karjat-based NGO, Samaaveshi Pathshaala Foundation, to assist on the project of transforming ten Anganwadis in Karjat by setting up ten mini-libraries, in their second round of expansion. Their contribution will impact […]

“Once… uh, twice upon a time …”, is the line uttered in the opening frames, perhaps referring to the fact that this is supposed to be a sequel five years down the line. Maleficent is Fairy Godmother (Angelina Jolie – her third film in five years) to Aurora, Queen of the Moors (Elle Fanning), who […]

As per media reports, Ratan Tata, Chairman Emeritus of Tata Sons, will be investing in Pune-based, Tork Motors, an electric two-wheeler startup. In the coming months, Tork Motors will be unveiling its flagship electric bike, the ‘Tork T6X’ – an entirely indigenously developed electric vehicle, one of the first of its kind available in India. […] 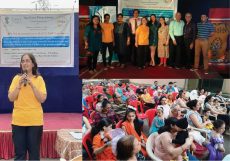 The Parsi Panchayet Complex Welfare Association (PPCWA), in association with Jiyo Parsi and Bombay Parsi Punchayet, organized ‘October Fest’ – a fun-filled entertainment eve comprising a delightful Fancy Dress Competition, on 12th October, 2019, at the Complex’s Club House Terrace, where the chirpy and cute, dynamic tots of the colony showcased their talents. The Guest […]

“I never argue, I explain,” is just one of the many one-liners veteran actress Maggie Smith, as Violet Crawley, Dowager Countess of Grantham, gets to deliver in this reprisal of the hit British TV series, which aired in Britain from 2010 to 2015. It’s 1927, and what begins as a simple story of King George […] 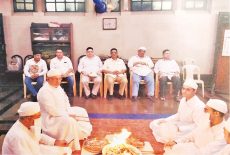 On 2nd October, 2019, the Sheth Shapurji Sorabji Kappawala Aderian Saheb (Tardeo), celebrated its 163rd salgreh with a Havan Geh Machi followed by two Jashans – one in the morning and one in the evening. The morning Jashan was led by Panthki Er. Farsheed Dalal along with Er. Zubin Dalal and their team of Mobeds, […]

‘P se P, F se F’ refers to Article 15 of our Constitution, which enshrine clauses pertaining to ‘discrimination on grounds of religion, race, caste and sex’, much as the recent ‘Section 375’ which referred to IPC’s section on sexual assault. ‘Based on continuing true stories’, is what we are informed. Sooraj Mali (debutant Bhavesh […]

On this auspicious day, in the presence of this august assemblage, the groom has plighted his marriage troth to the bride. The hands of N and M are joined and the marriage ceremony has solemnized their union. Put thy hands upon their heads, Ahura Mazda, and shower thy blessings on the matrimonial alliance which binds […]

Earlier this week, on the sets of the superhit TV reality quiz show, KBC (Kaun Banega Crorepati), the host – superstar, Amitabh Bachchan conveyed his good wishes on the sets of KBC, to Navsari’s and our community’s pride – Karate maestro – Vispi Kasad – for his sixth Guinness World Record attempt. 5 times Guinness […] 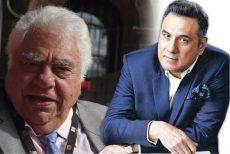 Last seen in PM Narendra Modi’s biopic, actor and producer, Boman Irani has signed on Kabir Khan’s directorial venture, ’83, where he will portray the role of former opening batsman and wicket-keeper of Team India, as also the only Indian commentator in the 1983 World Cup – the legendary Farokh Engineer. ’83 is a biopic […]