It’s All In The (Good) Mind Dear Readers, Yesterday, we entered the famous ‘Bahman Mahino’ of the Shahenshahi calendar, popular as the month where many Parsis try adhering to vegetarianism or avoiding meats. There’s much discussion and debate that precedes ‘Bahman Mahino’ – first there’s the heated Veg V/s Non-veg debate; then there’s the even […]

BPP – The Positive Corona Experience! Within a week of the first lockdown, I came across an appeal by the BPP (Bombay Parsee Punchayet). They were looking for volunteers to assist old and needy Parsis; Volunteers to deliver food, groceries and medicines to so many old people living alone, who were suddenly stranded without any […]

Serum Institute of India Pvt Ltd (SII) – the world’s largest vaccine manufacturer by number of doses produced and sold globally – has been at the forefront of spearheading efforts to produce a vaccine to fight the dreaded novel coronavirus. SII will be investing $100 million on a potential COVID-19 vaccine being developed at Oxford University, […] 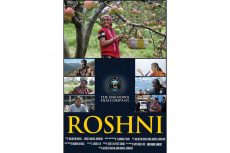 Mumbai-based Nazneen filmmaker, Nazneen Bhatia, has recently written, directed and produced a documentary feature film titled ‘Roshni’, which is currently streaming globally on Amazon Prime.  The documentary revolves around a woman named Roshni who lives in the land of the gods, known as Dev Bhoomi, and wishes to travel to the land of illusions, Mumbai […]