Be Parsi, Buy Parsi – An Atma-nirbhar Community! Dear Readers, Even as we welcome and brace ourselves for the outpouring of our Rain-gods, the overcast skies add only marginally to the gloom that the pandemic has set in. In addition to having claimed innumerable lives across the world, COVID-19 has emerged as the modern-day nemesis […] 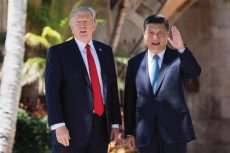 Calling all our readers to caption this picture! The wittiest caption will win a fabulous prize! Send in your captions at editor@parsi-times.com by 15th July, 2020. WINNER: Trump: I renamed Covid the ‘China Virus’ – your economy will go into a slump! Xi Jinping: And what about the US-virus that the whole world calls ‘Trump’?? […]

On 29th June, 2020 Mumbai’s 20-year-old Khushnaz Nevil Dadrewalla secured second position in the Under-21 category of the All India Open Girls Online Chess Tournament, organised by Shri Sheetala Mata Shaktipeeth Trust, New Delhi, through Lichess.org digital platform. A total of eighty-five girls participated in the event from all across India. Holding up the Mumbai […] 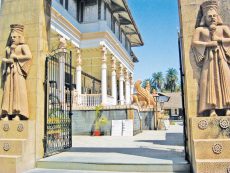 “There are no gods in the universe, no nations, no money, no human rights, and no justice outside of the common imagination of human beings,” says Yuval Noah Harari in his book, ‘Sapiens’. Harari argues that humanity functions cooperatively because human beings created religions and belief systems, political societies, financial markets, judicial systems etc… That these common, […] 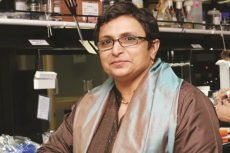 Avesthagen Limited, with support from the Foundation for a Smoke Free World, New York, USA, is developing a systems biology-based approach for the early predictive diagnosis of tobacco related cancers such as lung, head and neck, esophagus, stomach, colon, prostate and bladder cancers to achieve cessation of smoking.  Researchers at Avesthagen Limited are studying how […]