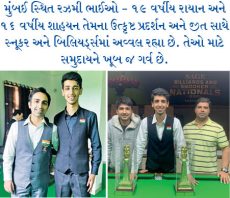 Calling all our readers to caption this picture! Winning Caption and Winner’s Name Will Be Published Next Week. Send in your captions at editor@parsi-times.com by 26th January 2022. WINNER: Kohli: One day I’ll break your record of a 100 centuries. Tendulkar: At the rate that you’re going, I have no worries! By Viraf P. Commissariat […] 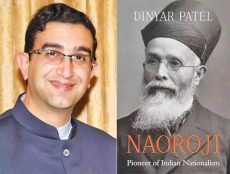 Mumbai-based author Dinyar Patel was awarded the prestigious ‘Kamaladevi Chattopadhyay NIF Book Prize 2021’ in December 2021, for his book, ‘Naoroji: Pioneer of Indian Nationalism’. Published by Harvard University Press, this book is an excellent biography of Dadabhai Naoroji, the nineteenth-century activist, who founded the Indian National Congress, and made history as the first British […]

In my mind’s eye, this is where I would like to be – a house in the midst of a thicket or a forest. A gurgling stream nearby, and when the woods are in leaf you see nothing beyond that foliage. Or then, perhaps, a glass-walled house, open to the majestic ocean, the sky and […]

Nearly a quarter of the Indian population suffers from some skin allergy or the other. Skin allergies occur when your immune system overreacts, resulting in itchy and red rashes on your skin. Allergens are responsible for triggering this immune response to substances that are generally harmless. People with allergies suffer from skin irritation from the […] 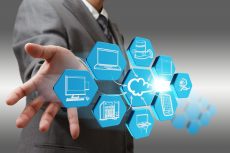 Pocket Casts is a podcast player which provides next-level listening, search and discovery tools. It has powerful playback functions, with an automatic playback queue from your favourite songs. If you sign-in, you can have the Up-Next queue synced across devices. You can even trim the silence between episodes and vary the speed of your listening. […] 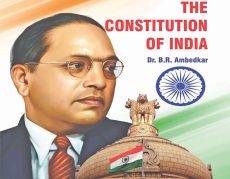 Upon India’s independence on August 15, 1947, the new Congress-led Government of India invited Dr. B. R. Ambedkar to serve as the nation’s first Law Minister. Soon thereafter, on August 29, 1947, he was appointed Chairman of the Constitution Drafting Committee, and was delegated by the Assembly to write India’s new Constitution. But, little do we […]

“Twas lights, bright lights all the way, With festivities mixed in the path like mad.” The year was 1950. The day – 26th January. There were celebrations rife everywhere. The Constituent Assembly of India became the Parliament of India, under the transitional provisions of the new constitution, and Dr. Rajendra Prasad became the first President […]

Happy Republic Day 2022! Dear Readers, If there was one line which could effectively sum up the story of humanity, ever since it was ambushed by the pandemic, it would be, ‘And life would never be the same again’. We’ve had to reset everything, renew our perceptions, and redefine our priorities. Even as we move […]