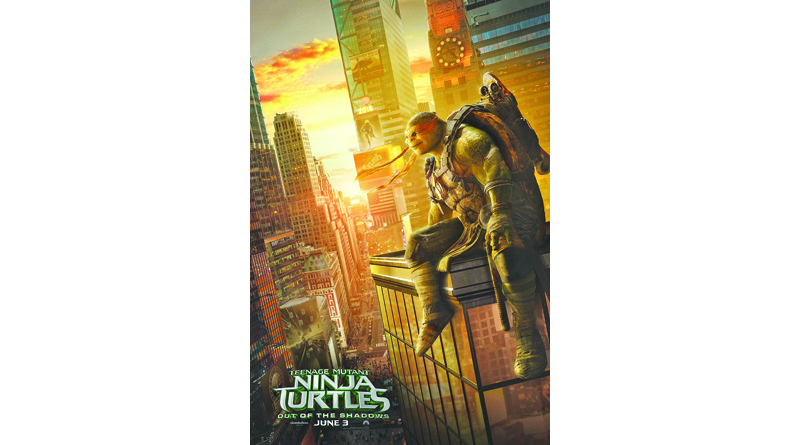 Teenage Mutant Ninja Turtles: Out Of The Shadows

There was a time, whenever the fate of our planet was in peril due to man-made situations, politicians and bureaucrats would bail us out. No more. Our guardian angels are now Hollywood studios who have stepped in by inventing eerie, gargantuan and ogrish creatures, who battle somebody, er, something ten times more monstrous and sinister.

Rogue Shredder (Brian Tee), out of prison, enlists the help of deranged scientist, Dr. Baxter Stockman (Tyler Perry) along with cronies Bebop and Rocksteady. The abhorrent Krang (voice of Brad Garrett) cap the team. Reporter April O’Neil (Megan Fox) and Casey Jones (Stephen Amell) are aided in their mission by the quartet of brave turtles who emerge from the sewers of New York, along with heaps of Computer Generated Imagery.

Sci-fi films like these have, besides leaving any scope for actors to display their wares, raised the bar for imbecility. When the Turtles’ objective is achieved they are invited to join mankind. Their reply ‘what fun is a normal life’ surely paves the way for another sequel. Now would that be a promise or a warning?