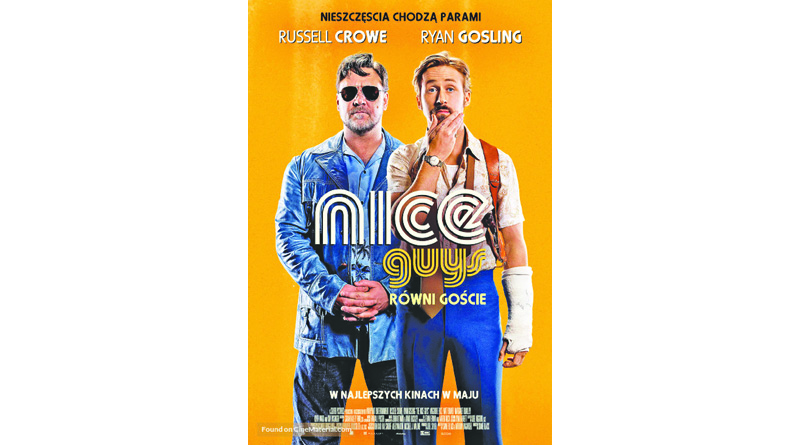 Remember the spaghetti westerns of the early 70s- the ‘Trinity’ films and ‘Watch Out We’re Mad’- starring Italians Terrence Hill and Bud Spencer? Well, both the ‘Nice Guys’ too are as recklessly insane as Hollywood permits them to be.

The opening aerial night shots over LA provide barely any clue of the scenes to follow. Writers Shane Black and Anthony Bagarozzi bond well to reinvigorate the comedy/action films of the 70s.

The film contains violence and nudity in so small measure: but nevertheless an entertainer all the way.