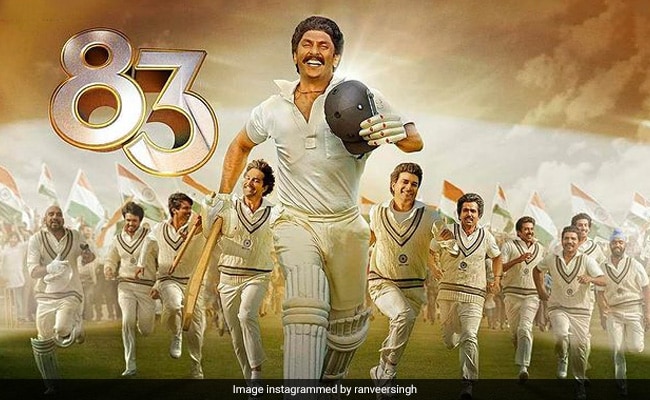 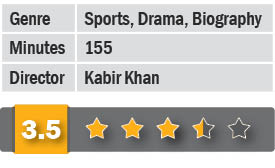 Traditionally, 24 June is observed as Midsummer’s Day in Britain. But little would the Clive Lloyd led West Indies team, camping in London, envisage the heat they would have to endure the next day at Lord’s in the epic World Cup final against underdogs – India, permanently altering the Indian cricket fans’ perception of their national team.

It took 38 years (coincidentally Srikanth’s highest individual score in the World Cup final) to bring the story to the big screen. In his ninth directorial feature, Kabir Khan, pitches himself on a sticky wicket with the eponymous ‘83’. To tell a story known to most is no mean task – however, it is the backstories which the audience would look forward to in this sports biopic.

The film opens sedately with a brief introduction of the players and the invitation to BCCI for the Indian team in the 1983 World Cup. The film perks up when Team Manager – PR Man Singh (outstanding performance by Pankaj Tripathi) is asked to pay excess baggage by the airline for the players’ kits.

’83’ is part anecdotal, part narrative, but  largely a compendium of all the 1983 World Cup matches involving India – how Kapil’s Devils shocked the mighty West Indies in the opener despite their four-man army of Andy Roberts, Michael Holding, ‘Big Bird’ Joel Garner and the fastest of the lot -Malcolm Marshall (played in the film by his son Mali), then going on to beat Australia and Zimbabwe, before suffering reverse defeats to the first two, effectively diminishing our chances of reaching the semis.

For the most part, Kabir Khan seems to have done his research well – Mohinder ‘Jimmy’ Amarnath carrying a red handkerchief in his rear pocket, or his trademark unhurried run-up to the wicket, Kris Srikanth’s quirky facial expressions (brilliant portrayal by Tamil actor Jiiva, making his Hindi debut), or Doordarshan going on the blink at crucial periods of the matches. But cinematic liberties or otherwise, there are a few dark spots too – in the Zimbabwe match (not filmed and sadly lost to posterity as BBC were on strike that day) where Kapil scores the record breaking 175, we’re made to believe that we had won in a canter. Not so – Kevin Curran’s valiant 73 had almost got them there. Also, no umpire (neutral as they are) would openly congratulate a player midfield in the middle of the innings, and no umpire, even in 1983, would permit batsmen to confabulate endlessly between deliveries.

Recreating the look is crucial in biopics and for the most part, Ranveer Singh nails Kapil’s rustic Haryanvi accent and his laborious drawl when speaking English. Jiiva’s monologue during the High Commissioner’s party is one of the high points of the film. Boman Irani – playing the portly and affable Farokh Engineer, and more heard than seen – in the commentary box is dignified and plays his part well, especially when he lets his hair down during the closing minutes of the final. Deepika Padukone’s (as Kapil’s wife, Romi) presence is largely ornamental, while the actors playing the other players have done their job well. Background specialist Julius Packiam’s score is timed to evoke jingoism at the right moments. A rather remarkable moment in the film is when Kapil (Ranveer Singh) credits former CCI Secretary – Keki Tarapore, with tacitly encouraging him to be a fast bowler. A must for cricket fans.

About Reviewed by Hoshang K Katrak

View all posts by Reviewed by Hoshang K Katrak →