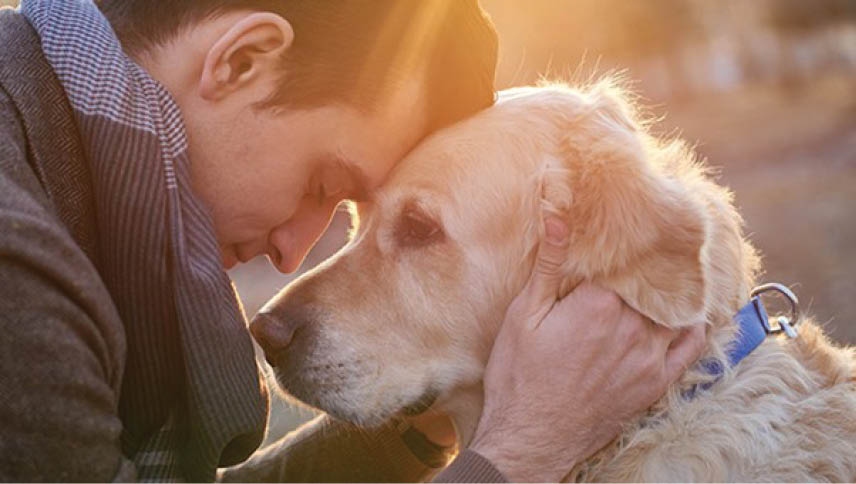 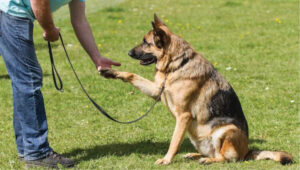 We’ve all heard the popular phrase, “A dog is a man’s best friend.” This phrase was first used in 1789 by King Frederick of Prussia (former Kingdom in Northern – Central Europe). It is true, however, not many know that dogs have a significance across many religions and cultures. In Zoroastrianism, the dog is regarded as an especially beneficent, pure and righteous creation.

The ‘Ihtiram-i sag’ or ‘Respect for the dog’, is a common injunction among Iranian Zoroastrian villagers. Detailed prescriptions for appropriate treatment of dogs are found in the Vendidad (a subdivision of the holy Avesta), especially in chapters 13, 14 and 15, where harsh punishments are imposed for harm inflicted upon a dog and the faithful are required to assist dogs, both domestic and stray, in various ways. Often, help or harm to a dog is equated with help or harm to a fellow human. 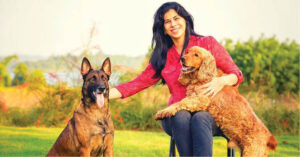 Dogs are believed to have special spiritual virtues. They participate in the Navar and Martab priesthood rituals. A dog’s gaze is considered purifying and drives off daevas (demons). They are believed to have a special connection with the afterlife, which is why we see many dogs at the Doongerwadi. During a funeral ceremony, a dog is brought in to cast its gaze upon the corpse, so as to contain the fiend of putrefaction, known as ‘nasus’.

A ‘Chathru Chasham’ or a 4-eyed dog (a dog with two spots over its eyes) is preferred for the ‘Sagdid’ ritual. Some say that the original purpose was to make certain that the person was really dead, since the dog’s more acute senses would be able to detect signs of life that a human might miss.

A dog is also required in the Bareshnum ritual (part of the Navar ritual), where the person undergoing the Bareshnum has to tap the ear of the dog at a certain point in the ritual, so that the dog would caste its glance at him, which would cleanse the candidate of unseen evil influences.

But, even apart from religious aspects, dogs are extremely beneficial for our mental and physical health too! Research has proven that dogs help humans in various ways – they make us happier, more resilient when facing stress and physically healthier. With science advancing, there’s an effort to train dogs in the field of medical detection. Amazingly, they can even detect cancer with their heightened sense of smell! Blessed with a wider range of hearing and sight, dogs can hear decibels and see ultra-violet and infra-red ranges of light, which humans cannot. A dog’s sense of smell is estimated 10,000 to 100,000 times better than a human’s, making them perfect for detecting diseases like hypoglycemia, diabetes, cancer, Covid-19, etc by learning to recognise unique volatile compounds, called ‘biomarkers’, from the exhaled breath of patients.

For the dog, it’s simply a game of scenting with positive rewards, but which helps save human lives. A dog’s abilities include detecting the onset of epileptic fits in humans, which even sophisticated scientific devices are unable to predict.

People of all ages enjoy better health due to the exercise they get by walking their dogs. Contrary to popular belief, exposure to dogs as a child helps reduce symptoms of asthma and has even been proved to lower risk of developing eczema. Did you know community dogs and mixed breeds tend to have better health than pure breeds!

One of the greatest gifts we receive from dogs is the unconditional love and the tenderness they evoke in us. Yet, some of us harm even our own dogs, unintentionally. Many people feed dogs a variety of food, which could be toxic for them, like mushrooms, sugar, chocolate, coffee, alcohol, etc. (That means no tidbits of Salli boti or finger licks of a peg for Fido!)

We should never give ‘our food’ to dogs as one of the main ingredients in our meals is salt – another ingredient which is unfit for canine consumption and causes sodium poisoning in our furry friends. Topli paneer, popcorn, potato chips and other foods that contain high amounts of salt are extremely tempting for dogs but should always be kept away from them. Signs of salt poisoning in dogs include vomiting, diarrhea, lethargy, high fever, tremors, seizures and sometimes, even death. Therefore, it’s advisable to train ‘Aapro doggie’ as it can be extremely helpful in saving their lives as well as ours!

Training dogs can be compared to teaching a child the fundamental basics of life. Many may wonder how training could save their dogs’ lives… While on a walk if the leash suddenly slips from your hands or snaps, a well-trained dog could immediately be given a cue to stop. Even if the dog has moved a few feet ahead, you could command the dog to return to you when called. If someone drops a glass at home and it shatters, the dog/s could simply be given a stay command, instructing them to sit patiently and not walk over the shards, preventing a catastrophe that could stem from the small mishap. Something as simple as a “NO” command, when trying to stop our pooches from eating stuff off the ground, could save our dog from potential issues.

As a Certified Canine Trainer, I always recommend that everyone have their dogs trained by a certified professional and not experiment with information sourced from the internet or some random self-declared trainers who lack proper knowledge, training and qualification. In the words of George Bernard Shaw, “Beware of false knowledge – it’s more dangerous than ignorance.” At the least, all dogs should undergo basic training which covers some extremely important commands, a few being the ‘No’ command, a command for the dog to return to its owner or handler immediately and even some Control commands (“sit”, “down”, “stay”…). A combination of some of these basic commands could help keep us in control of various situations. A spoiled child is not cute, much worse – a spoiled adult. The same goes with dogs.

Dogs are an integral part of our lives, our worlds and our society. Like us, they even have their own taste in music they enjoy! Unbelievable, isn’t it? Let’s open our minds to a world with more possibilities and create more possibilities for them too. Spread the love, spread the joy. Let’s do what we can to care. Let’s educate our best friends, lend a helping hand to the less fortunate and instead of looking for fancy pure-breeds, let’s try to adopt. Let’s take a small step today towards a better future for our dogs and for us!

About By Rayomand Panthaky

View all posts by By Rayomand Panthaky →