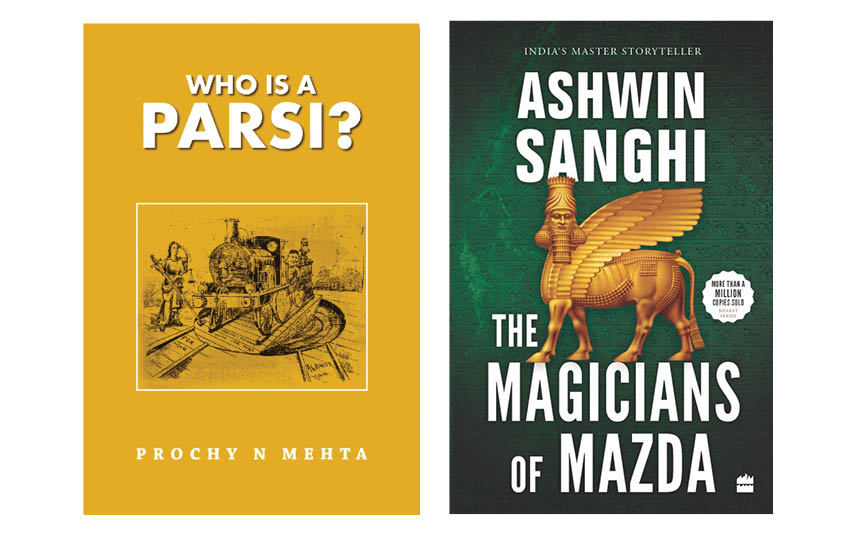 At a time when debates abound between the uniform civil code versus religious personal laws, author Prochy N Mehta’s book, ‘Who Is A Parsi’, gives much food for thought. As per Mehta, “The tales we have heard for generations, and what has been handed down to us as history of the Parsi community in India, have often been rather fictitious.”

The perception, for example, that the Parsis have always been an affluent community, is a modern-day myth devoid of any true value, as per Mehta. Even the story of the arrival of Parsis in India, the most important chapter in that history, seems to also be shrouded in mystery. ‘Who Is A Parsi’ attempts to set the record straight and undo the myths as regards the history of our people. Mehta wishes to, “handhold the reader in this journey through the lanes and bylanes of our history – from the time of the writing of the poem ‘Quissa-i-Sanjan’ in 1599, when Parsi recorded history actually begins, to the 20th century.”

The book explains how Parsis found shelter and a peaceful environment to grow and prosper as a community in India and contributed significantly to the society. The author adds, “As you must be knowing children of Parsi intermarried women face discrimination. In this book I try to show that there is no legal, religious, social or age-old custom on which it is based.” Published by Niyogi Books, ‘Who Is A Parsi’ documents through letters, newspaper articles, and court transcripts, the views of prominent Parsis like Dadabhoy Navroji, Ratan D Tata, Ratan J Tata, Sir Dinshaw Maneckji Petit, Sir Jehangir Cawasjee Jehangir, Rustumji Byramji Jeejeebhoy, Homi J. Bhabha, K R Cama, and many others who stood up and fought for what they believed in – that Parsi and Zoroastrian meant the same thing.

Mehta also depicts the dichotomy of the community in the 20th century, between the traditional and progressive mindset and explains the anomaly of how the reformists who followed the original Mazdayasna or Parsi religion, constituted the real orthodoxy. The book is available as a hardcover on Amazon for Rs. 651/-

Author Prochy Mehta is also a highly successful sportsperson, having represented West Bengal in hockey and basketball, and India in Masters Athletics. She has won 71 medals at international athletic meets including 52 gold medals. A recipient of the Ladies Study Group Award for contribution to the field of sport and the Federation of Parsi Anjuman of India Award for Sports, Mehta is also the president of the Athletic Coaches Association of Bengal and the first female president of the Calcutta Parsee Club.

‘The Magicians Of Mazda’

A fast-paced thriller infused with facts, Ashwin Sanghi’s novel, ‘The Magicians Of Mazda’ is a blend of imagination, history and thrills, revolving around the central theme of the Zoroastrian faith and its followers.

The main protagonist Jim Dastoor possesses an old Zoroastrian relic, but is unaware of its significance and continues to live an ordinary life with his wife, till intelligence agencies from different nations begin to fiercely pursue him. Being a famous scientist who has invented a miraculous drug, he also comes under the radar of a pharmaceutical company which is after him to extract the secret formula of that wonder drug. A hot chase ensues and he turns for help to his intellectual wife, a research scholar of history, even as an increasing number of agencies are fervently trying to get to the magically potent Zoroastrian relic. From the ancient ruins of Persepolis to the Taliban camps of Afghanistan, from the womb of Udvada’s fire temple to the icy mountains of Kashmir, from the dreadful coffin cells of Tehran to the deathly calm of Diu’s Tower of Silence, Jim and his wife, are sucked into a terrifying chase across vividly changing landscapes.

Deftly navigating between time and geography, ‘The Magicians of Mazda’ travels backwards, through the epochs of Islamic jihad, Macedonian revenge, Achaemenid glory, messianic birth, Aryan schism-to the Vedic fount, from where it began. The plot comes alive with parallel narratives, with a good splattering of informative historical details.

While dwelling on the historical sagas of yore, the novel depicts the similarities between the Zoroastrian faith and Vedic religion, between Sanskrit and Avestan, and the Vedas and Avesta. One marvels at these similarities that the scriptures of various religions share and how they essentially convey the common message of peace and harmony. Definitely a good read, the book is available on Amazon for Rs. 264/-.