An age-old question we’ve all often asked ourselves – why do we hurt the people we love the most? It’s uncanny how we operate on various levels of inflicting and receiving hurt, with most cases defying simple logic. Our relationships are often formed over years of intimacy and trust. Yet, it’s always the closest and […]

You get out of bed in the morning and as you take your first steps, you feel a burning, stabbing pain on the bottom / soles of your foot. You’re wondering, “What can I do about my foot pain?” With a number of readers who are suffering similar issues, requesting my help, let us demystify […] 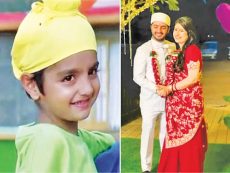 Superhit Film Kuch Kuch Hota Hai’s adorable little actor – the silent Sardarji child, aka Parzaan Dastur, recently got engaged to girlfriend, Delna Shroff, and is all set to get married in a traditional Parsi wedding, in February 2021.  Parzaan Dastur, who played the role way back in 1998, when the film was released, was known […]

Finding a perfect pair of jeans is honestly more difficult than finding the right guy! In your teens and 20’s, that perfect dude had to be cool, hip and completely with it. That certainly was the same for all your denims then. In your 30’s, you’re searching for durability, compatibility and trendiness, but on point […]

According to WHO, nearly 80% of individuals that contract the virus develop only mild to moderate symptoms while some of them don’t even show any. On the other hand, we see a small percentage of people, especially the ones with pre-existing conditions like cardiovascular disease, high blood pressure, uncontrolled diabetes, obesity, to name a few, […]

A leading and much respected connoisseur of the Banking and Finance Industry for nearly five decades now, the trailblazing Homai Daruwalla, heads the community’s only Community Bank – The Zoroastrian Co-operative Bank Ltd., (ZCBL) as its trailblazing and dynamic Chairperson. The illustrious career of this Banking Visionary is replete with innumerable honours, recognitions and awards, […]

Sure, everyone wants a total reset for 2021, and there are indeed many personal habits that you can improve easily. These range from the basics such as exercising more and eating better, to finding healthier ways of saving money and adding more smiles! When combined, they just might add up to a ‘new-and-improved’ you for […]

Hello and Welcome 2021! But, just to be clear – we do have great expectations of you! While 2020 was undeniably a challenging year for us all, the reality is that most of us had found ourselves stuck in our lives, even prior to it. There is always something. Yes, life is, indeed, a roller-coaster […]

I recently lost my dad, Hoshang N Wania, who was a well-known chartered accountant and trustee of a number of religious and charitable institutions. Just a few days after his demise, even as my family and I were still grieving and coming to terms with our loss, some insensitive persons, without verifying facts, unleased a […]

As the year draws to a close, most of us reflecting back on the year that introduced us to the ‘new normal’ cannot help but wonder what tidings 2021 will bring. Yes, we’ve struggled and faced challenges and even great loss. But whatever’s happened, it’s important that this year ends on a positive note, so […]