It’s Never Too Late To Realise Your Dreams!   Does creativity decline with age? This question has attracted much scientific research. Throughout life, we have output peaks and as we age, our output does tend to decline. But creativity and passion have little to really do with the progression of years. What is creativity actually? […] 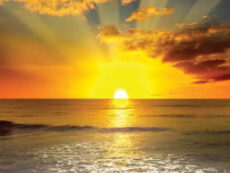 Just a week ago, December wished us adieu at midnight… between those glasses of wine and midnight kisses, another year slipped off into the night. Betwixt the twilight of a year that was to the dawn of all that is or will be, we stand bright, hopeful leaning into all that’s wonderful and right in […]

Real estate in prime Parsi colonies seem to rake in more than current market rates of swanky apartments anywhere else! Fascinating, isn’t it?  Born, bred and ‘buttered’ a true colony Bawi, I’ve indeed experienced the appeal of living in one, for the better part of my life. I view my lifestyle in and amongst the […] 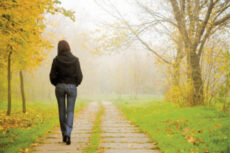 Even amidst the horrors of the lockdown, we did espy errant pedestrians, amblers and quiet often exercising walkers, going about their businesses, determined to keep their passion and routines, despite the adversity. Those dark days are behind us now thankfully. We are back to our normal stride. I miss my regular walks during those times […]

Diwali, as we know it – ‘The festival of lights’ – is a time of joyous celebrations. For many Parsis, this festival like many others, has slowly but surely seeped into our culture and routines. The appeal of enthusiasm and optimism that this festival heralds is enough to draw us in. But add food, lights, […]

– Iran And India – The Difference In Narrative –   The Indian social media and politically and socially charged spaces have been buzzing over the last few weeks, with post after post about how women are fighting for their rights…. in India- to wear the Hijab, while in Iran – to not! In India, […]

We have this inherent love- hate relationship with silence. As humans, we carry large voids of passive disillusionment and disenchantment, that we subconsciously fill with large doses of noise, which does little or nothing to contribute to our life. Our world was a quiet place of tranquil existence, in and about nature. Humans were meant […]

You can call them Teachers, Gurus, Mentors or Educators. We’ve all been blessed with their presence through schools, colleges, or when we were homeschooled or then, perhaps, on-the-job. The single most important factor that molded you and the education you received, was the person that taught you. Teaching is one of the most complicated jobs […]

There are certain days in our calendars marked off for reflection and inner conditioning. There is a kind of feel to them, they have you joyful with whispers of kindness and wrap you in the fuzzy fragrance of compassion. Parsi New Year is one such day. Now whether you are a believer, non-believer, an atheist, […]

In life there are no guarantees. Most of us have faced a multitude of adversities – some affect us for a while, some change us and the course of our lives, indefinitely. So how do we deal with traumatic events, essentially, the death of a loved one, which elicits responses of shock, sadness, anxiety and […]