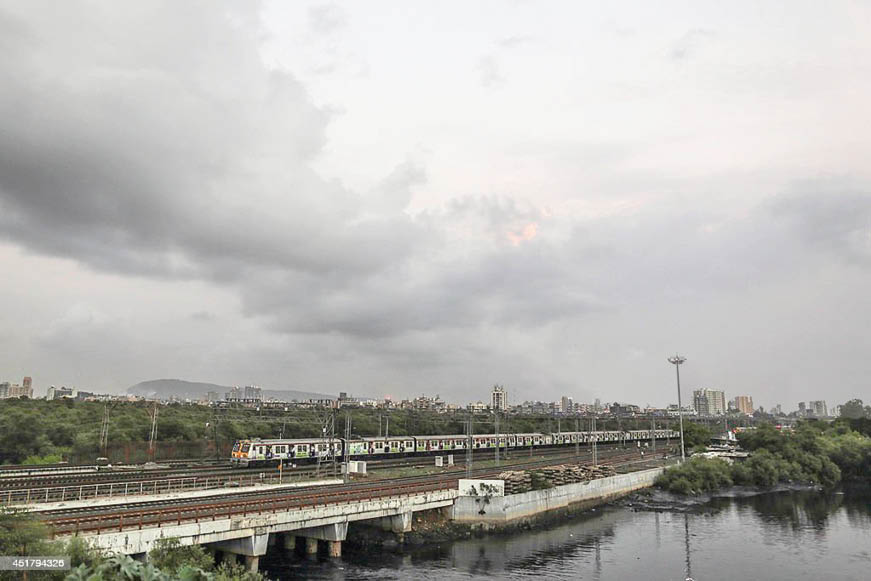 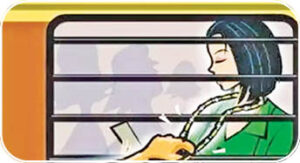 I swear to God, there was nothing wrong with Mahim creek yesterday…

Greenish-black sludge muttered as it swept unwillingly under the railway bridge. It smelled evil, with the air of the vindictive offered vengeance. Perhaps assaulting the nostrils of commuting Mumbaikars twice a day was about all the vengeance it could extract… but in a discontented, muttery way, it was satisfied. Or so I thought…

06:31 am, a Tuesday in August:
The slow train staggered on the bridge over the creek, the wind howling through sheets of falling rain. Commuters like me, shaken out of their sleepy cocoons, hastened to close the windows against the draughts. Draughts, ridden by the wind and the cold, that stung like Truth!

The train shuddered to a halt, right above the creek. The dark, sinister waters of the Mithi river gargled with malevolent glee. Its current swelled with the new-fallen rain – an ally found in adversity. The fuel added to fire. Vengeance offered to the vindictive.

The river rose with re-established might, pushing her fingers through the gaps in the compartment. We watched behind closed windows and fearful eyes as the evil-smelling water seeped into the compartment. Once more, us humans were reminded of the truth we strive to bury under years of civilisation and progress. For ages, we have built our lives upon and around the illusion of control. Once in a way, the elements rise with all their might and fervour to settle scores.

Right here, right now, history repeated itself, as the deluge pushed its way through the door. We stood on our seats as the river stared at us, unblinking, into the depths of our trifle, pretentious souls. Today, we embodied the price of human folly. The representatives of an adversary. Our little lives – the vengeance offered to the vindictive.

The compartment rattled with the jolts from the rain and the fury of a river goddess. It drowned out the whispered prayers of us frightened little passengers. Passengers, each of whom had set out with a destination in mind, each about to contribute to human progress and folly in their respective manners.

The compartment, a production of human industry, stood no chance. It tipped over, claimed by a river goddess who cared little for the screams of little people as they were swallowed into oblivion. The tide had come back to settle scores.

That was when my eyes sprung open. The train was rumbling over the bridge, the sky was cloudy but there was no rain. I wiped the cold sweat off my brow, shaking, and I looked at my fellow commuters. The whites of their eyes betrayed that they had beheld the same vision. The river was far below us, still muttering discontentedly, but with the steel-sharp edge of a threat.

We sat in silence. The river had been dreaming and she had let us know. Bogged down by sludge and human ambition, she dreamed of power, of freedom, of revenge.

Vengeance, extracted by the vindictive.

About By Freyan S. Wadia

View all posts by By Freyan S. Wadia →