Meherbai: Everyone has brought along some snack. Farida dikra, what have you brought?

Rutty Ration-Card: Let her take up Yoga instead!

Henpecked Hormusji:  She does Yoga on our sofa all day long, watching TV – she calls it ‘Sofasana’!

Ardesher Adhaar Card:  What about Bharat Natyam then?

Henpecked Hormusji: Very expensive! Each time she does Tha-Tha-Thayee, the neighbour below comes up to tell us that his ceiling plaster has developed cracks. I have already had it repaired it six times!

Coomi Kaajwali: So what is her hobby? Her ‘Ikigai’?

Faridafui: Are you calling me a cow? A gai?

Coomi: Arrey, chakram! ‘Ikigai’ is Japanese for a hobby you’re passionate about – your purpose in life!

Faridafui: Winning Burger-eating contests. I can eat 10 at one time!!

Gustad the Ustad: Let’s change the topic. Yesterday, I went to a posh restaurant which displayed a huge sign-board which said, ‘Eat as much as you can. Your grandchildren will pay the bill.’ I ate till my eyeballs. Then, the waiter gave me a bill for Rupees Five thousand. I told him my grandchildren will pay, but he replied, “Sir, it’s not your bill. Your grandfather was here a day before he died!”

Abhhan Aban: Mari gaya! Grandpa bi and Gustad bi!! By the way, Gustad, how would like to die? Which would be the best way?

Gustad the Ustad: Like my grandpa, who died in his sleep.

Abhhan Aban: And which would be the worst way to die?

Gustad : Like my grandpa’s four friends who were all awake in his car when grandpa fell asleep while he was driving the car which caused the accident!!

Bomi Bevdo: How time flies! We all came for tea and now, it is already TMT (Takoro Marvano Time). Frenymai, may I help myself from your bar?

Bomi Bevdo:  Make it a Parsi peg. Last time you gave me beer in a wine-glass!

So, our ever-generous Frenymai gave him a nice Parsi peg! Bomi stood up and took a salamati, “Friends, Romans and Countrymen…”

Bomi: Friends, I never start drinking before making a toast.

Baji Brun-pao: Frenymai, give him some toast – also butter and jam, if he wants.

Meherbai: Not that toast. Toast means a small bhaashan before drinking.

Bomi Bevdo: Friends, in life, there’s both – happiness and sorrow, laughter and tears. But you should face all your problems bravely like ‘Napoleon’ – walk daily like ‘Johny Walker’ and play a ‘Bagpiper’!  Only then, the world will give you a ‘Royal Salute’! Otherwise, everyone will call you an ‘Old Monk’ and stick a ‘Black Label’ on you!

Freny Fatakri: Anyone else for drinks?

The Mandli :  No thanks. Too early. We just had tea and snacks.

Much married Manchersha:  But the problem starts when a husband comes home from office after finishing his 2,500 words and the wife starts her 3,000!

Dolly’s Dolla: My wife takes forever to get dressed each time we go out.

Tehmi Trim Tarak: My family doctor told me to go on a Mediterranean Cruise to calm my nerves.

The Mandli: Congrats!! What did your hubby, Dolla say?

Tehmi Trim Tarak: Dolla asked me to change my doctor to calm his own nerves!

Sorabji: Arrey, it’s due to an unfortunate accident! She asked me for a ‘lipstick’ while getting dressed for this party and I heard ‘fevistick’, so now her lips are literally sealed by the glue. 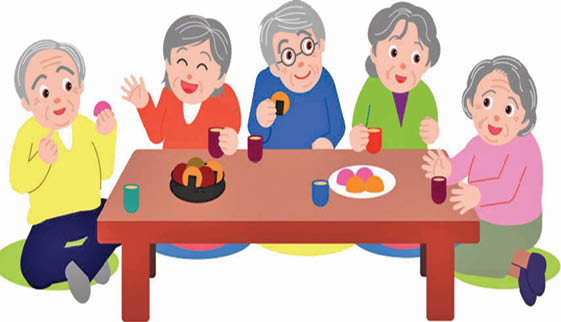 All other Husbands: God Bless Fevistick!

Rarto Rohan: Chess is the only game in the world which truly reveals the status of the poor husband. The King can take only one step at a time, while the Queen can do whatever she likes.

Shapur Sportlo: Arrey, now you can’t play chess in Afghanistan. The Taliban has banned it.

The Mandli: How come?

Shapur Sportlo: Banned for five reasons: 1 – The Queen doesn’t wear a burkha; 2 – The Queen roams freely wherever she wants to; 3 – The Queen is more powerful than the King; 4 – The Queen goes alone to the opponent’s territory; and 5 – There’s only one Queen!!

Behli -Confirmed-Bachelor: Getting married is like giving supari against your own self or signing your own death warrant! Also, my Jyotish told me that I should never marry because at present, mahri kundli maa ‘sukh hi sukh hai!!’. So why change sukh to dukh?

A family friend, Sam Saklat, popularly known as Saklat-the-Kaklat because of his ever dukhi tales, posed a question to the Mandli – ‘Why all girls are cute and sweet and all wives always haughty and angry?’

Aspi Aspro: That’s because girls are made by God and wives are made by us when we are stupid enough to marry them!

Special guest, Piroja Piccaso, had brought a painting as a gift for Freny. She was called ‘Piccaso’ because no one could understand what she painted except perhaps Piroja herself!

Piroja Picasso: Freny dear, will you hang my painting or should I hang myself only?

Freny Fatakri: Don’t hang yourself, I’ll arrange to hang the painting at an appropriate place!

That said, Frenymai packed small take-away gifts for the Mandli members – and everyone enjoyed the Chai Pe Charcha and the Elaar-Pelaar!!